When your best friend sends you an email saying; “Slacker!  When do you post something new?”, then it is time to post something new. A few days ago I walked down Memorial Drive in Cambridge/MA. Sunlight was quickly disappearing at a time too early for my liking, when I spotted a yellow/red beacon. Since I moved to Cambridge Port I couldn’t stop looking at and photographing the old Shell sign right at the corner of Magazine and Memorial. 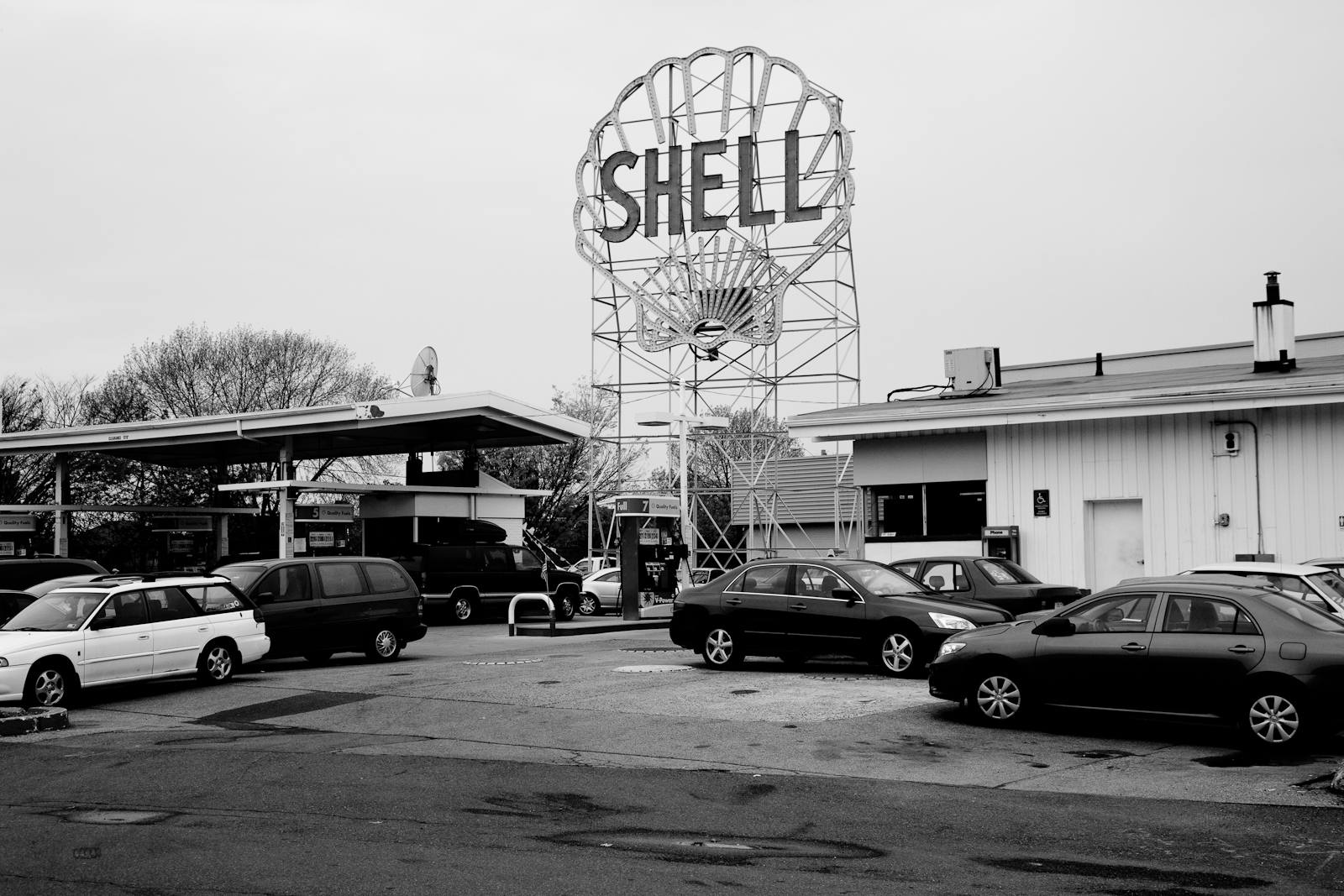 It is part of a gas station installation but has been neglected for decades. I don’t know when it was installed but it clearly had seen better times. The pure scale of the display you don’t find very often these days. Signs like this one had been replaced with modern, sleek columns that can digitally display gas prices, soda specials, or tasty hot dogs that have been on the heated rollers for a delicious period of at least 20 hours. The old Shell sign by comparison looked rusty, worn down, sad. Being placed on the side of the area it gave the impression that someone had just pushed it away. Lights bulbs looked damaged or missing, cables were hanging loosely on the side, the electric box you would not touch without giant rubber gloves. It days seemed counted and it stood there a reminder of a better period when gas prices were low and electricity didn’t cost a dime. It died a slow death. I always wondered how it looked in its prime time and debated if I should ask the clerk to switch it on. Actually it never made the impression that there was something left to be switched on. 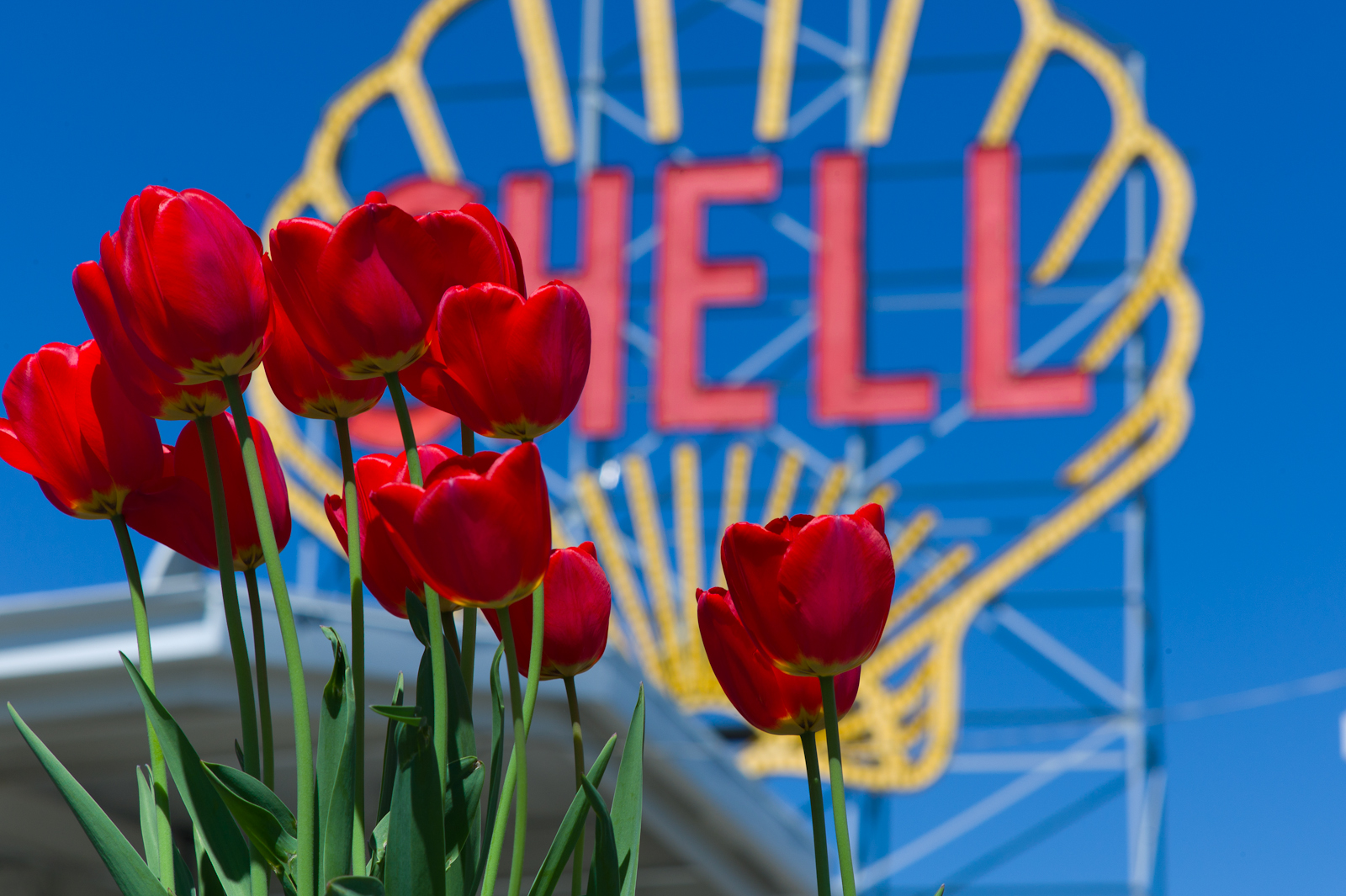 When I walked down Memorial Drive a few days ago I almost dropped my grocery bags from Trader Joe. I just stood there on the walkway starring up into the yellow light. There it was, bright in the sky, showing to everybody around that its time to leave the stage has not yet come. With flawless lines of bright bulbs it displayed the brand as it did on its first day. 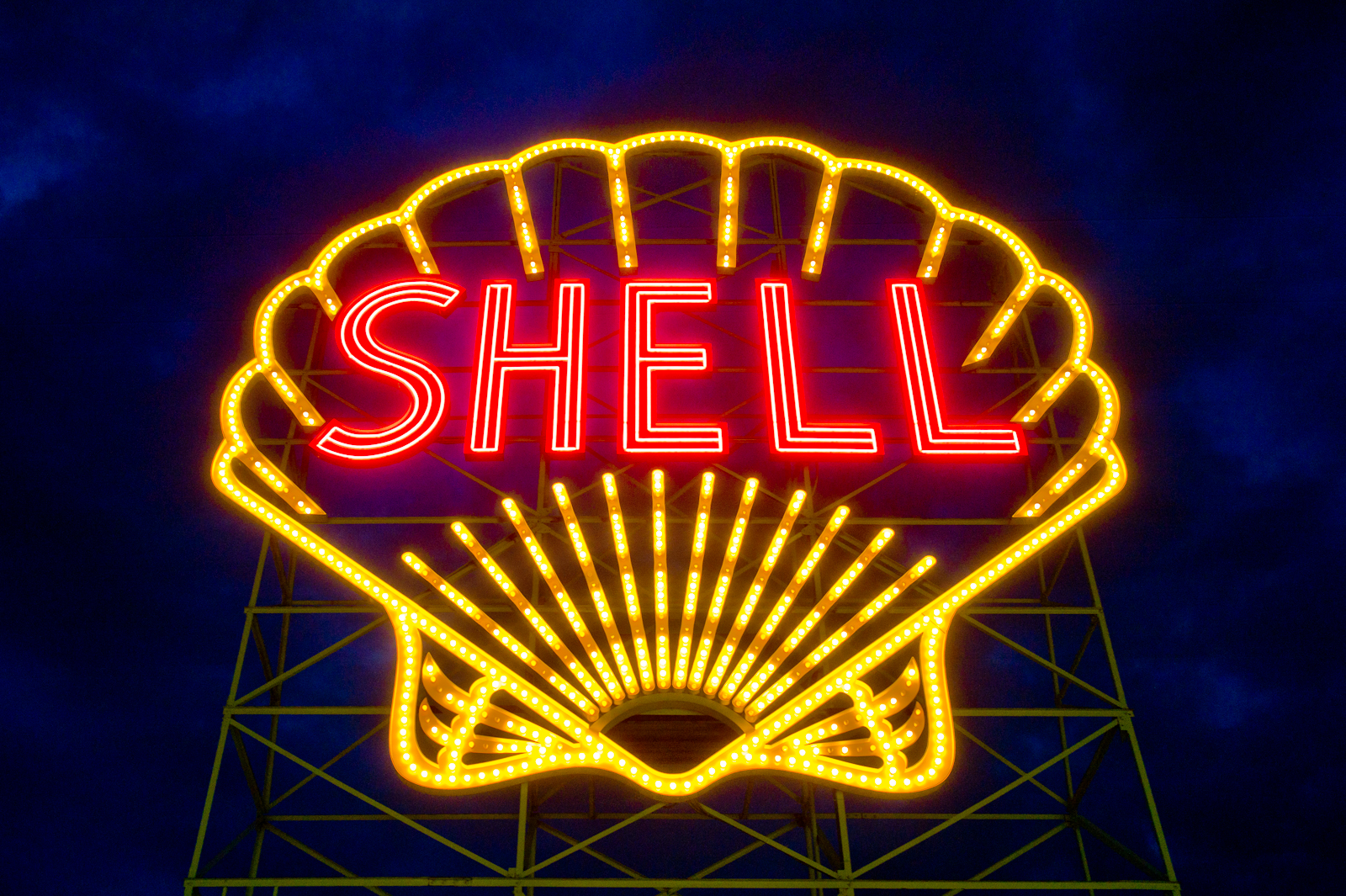 Someone must have decided to restore the sign and to bring it back to life. Freshly painted without any rust, a new electrical system, and new bulbs indicating that someone cared and gave this marketing dinosaur another chance. This may not be the most environmentally friendly display around. It may not be as versatile as the huge screens that you see along highways. It may not praise hot dogs the way newer gas station signs do. The only thing is does is glowing yellow and red and it does it in a way that non of the newer signs can do. It displays branding beautifully. As simple as it sounds it makes me look at it like a fly looks at a light. It makes me think how to capture it in an image to preserve it before it wears down again and mets an owner who may not care anymore. Until then I will think about it and will enjoy this glimpse of Las Vegas lighting along the road. It is good to have it back. 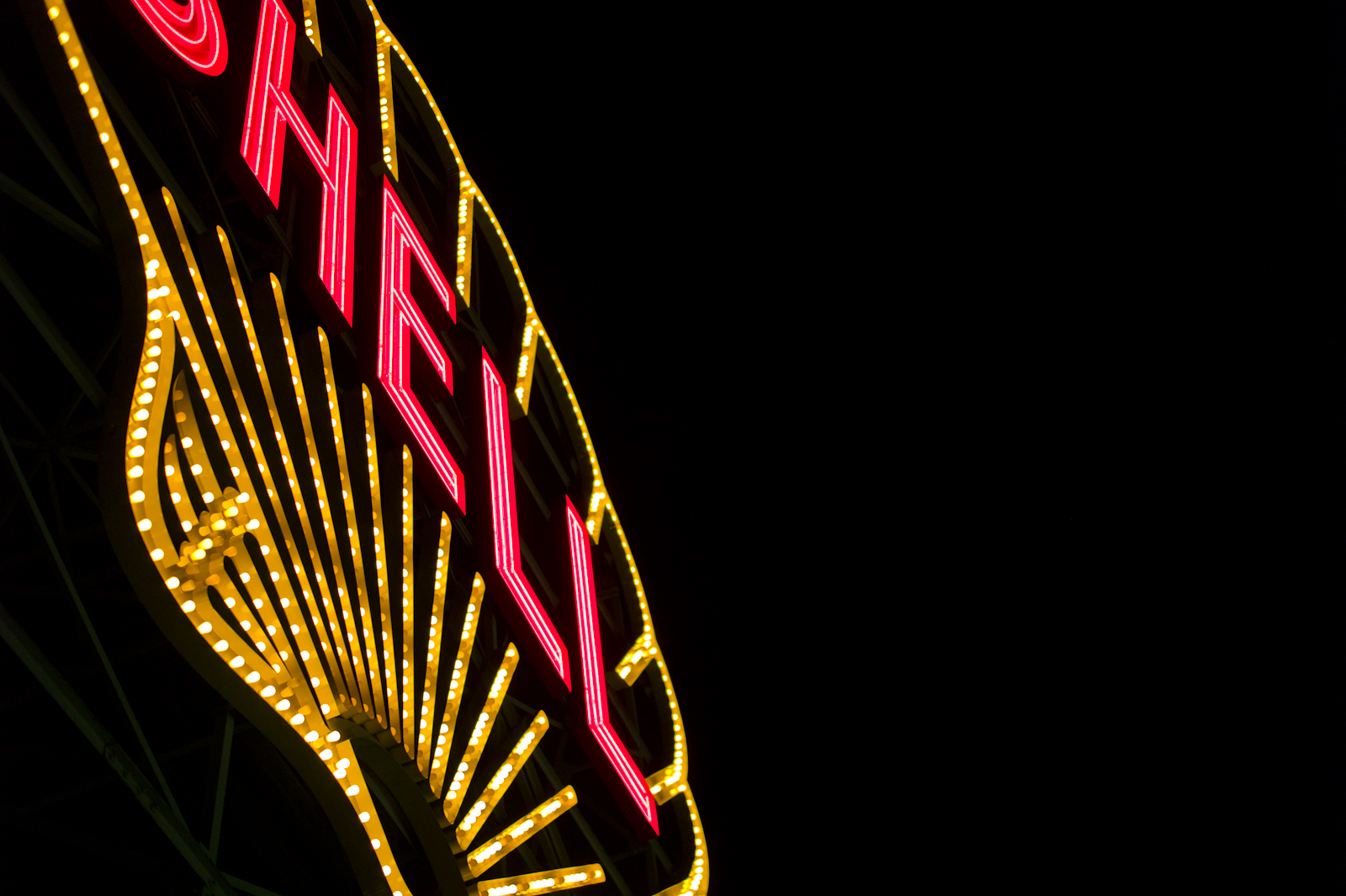 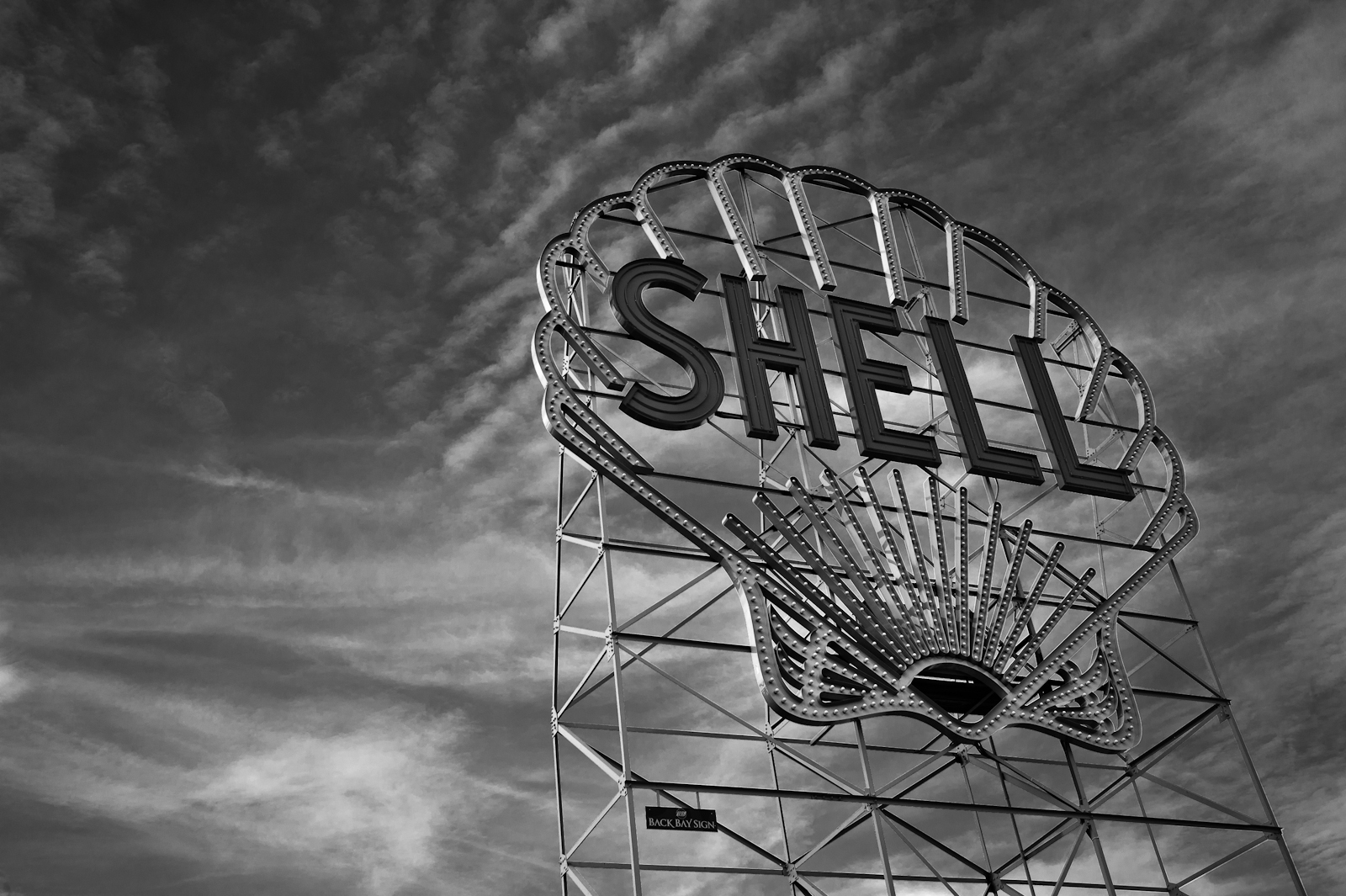