Yesterday I read the shocking news about the collapse of the Radiohead stage in Toronto. 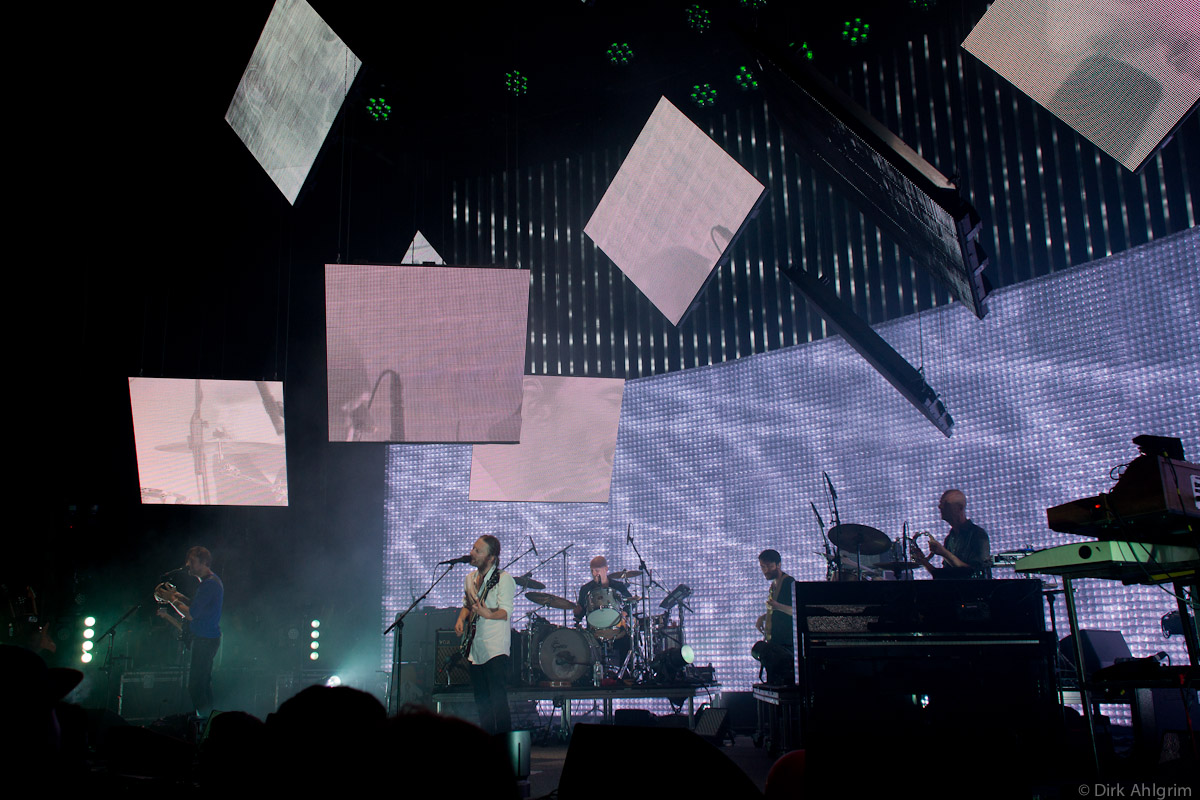 One worker died and several others got injured. 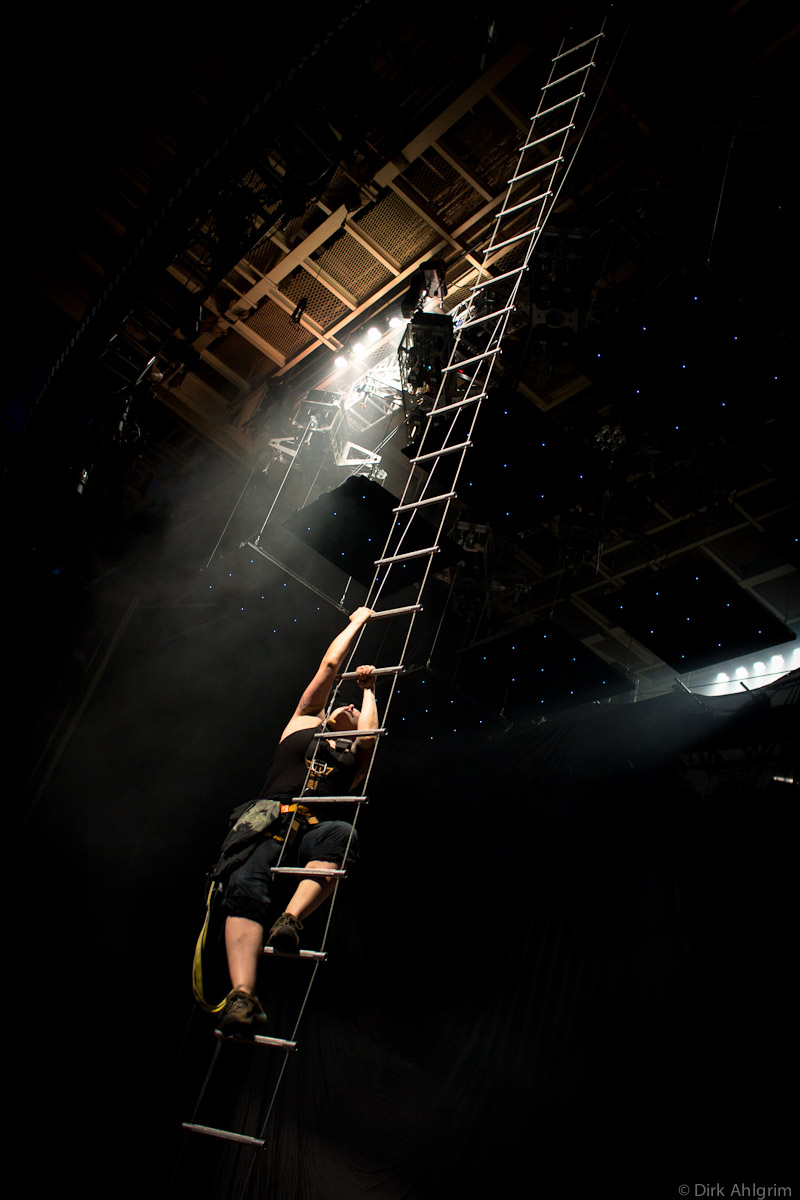 Just a few weeks ago I went to the Radiohead concert here in the Boston area. A few colleagues of mine and I did a little road trip to see them and their opener Caribou. Thanks to Michael and Ramona we got amazing tickets for the area right at the stage. Along came my Sony Nex 7 and two lenses, the Sony 24mm 1.8 and my Leica 50mm Summilux ASPH. When we arrived I starting using the Sony lens. It is my default lens and so far I have been pleased with the results. After a few songs I switched to the 50mm Leica. I had not used that combination at a concert before and wasn’t sure about how it would perform. My past experiences with focus peaking had been mixed, leading to just a few good results. Since then I had changed the setting for the focus peaking feature to a much tighter tolerance. The strange thing about the Sony Nex 7 is that I use it mostly with the back screen. Somehow I rarely use the view finder. At this concert I quickly realized that focusing on the back screen wouldn’t work. You just can’t see enough detail. So I started using the electronic viewfinder and the moment I put it to my eye I started asking myself why I hadn’t done that earlier. It worked really, really well. In the past I used this lens on the Leica M9, which would give you a cropped image in the viewfinder. Now everything was taking up the entire screen and made it easy to evaluate the compositions. There was just one problem. The lighting. Radiohead used a stage setting that consists of bright, solid colors. 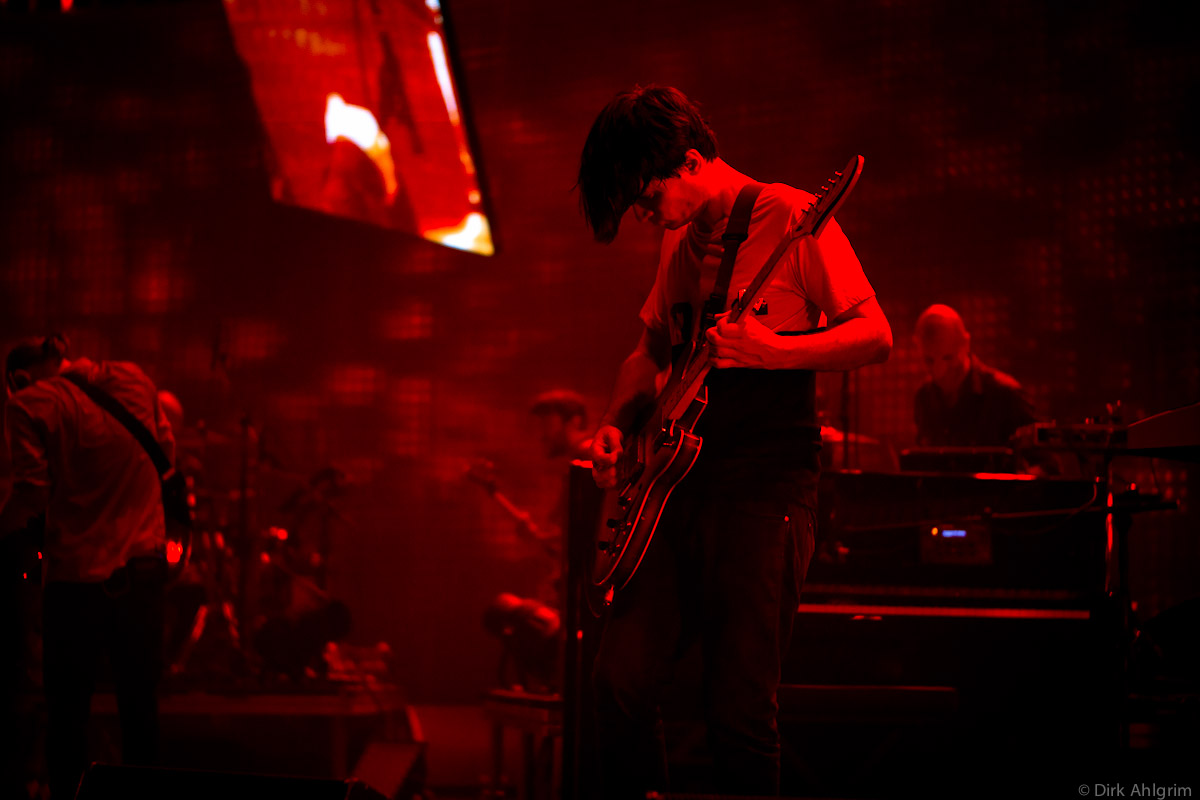 The stage appeared in bright red, bright blue, or just in bright white. With focus peaking set to red lines, I just couldn’t see any focus confirmation when the red stage lights were on. Same with the other colors. I could have started to change the colors on the fly but this would have been a frustrating exercise. So I set the focus in between the washed out moments. Overall I am pleased with the results. The Nex 7 photos are a bit grainier and flatter than the files that I would get from a M9. The Leica would have punched me right in the face with great contrast and color. Still, Nex 7 and Leica 50mm seems to be a solid combination for concert shots. I hope Radiohead will recover from the collapse. the stage design was simple and beautiful, with articulated screens moving around and projecting images captured by cameras on the stage. That it all collapsed and a person died is a tradegy. D!RK 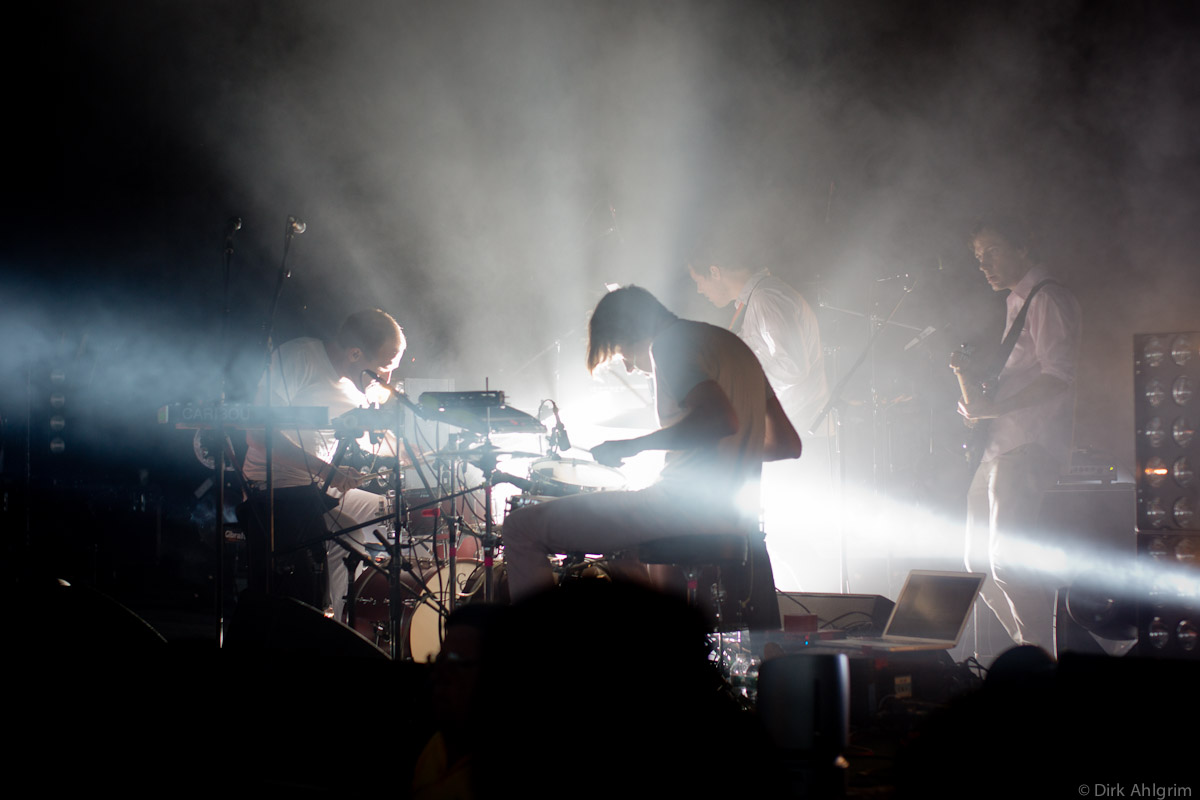 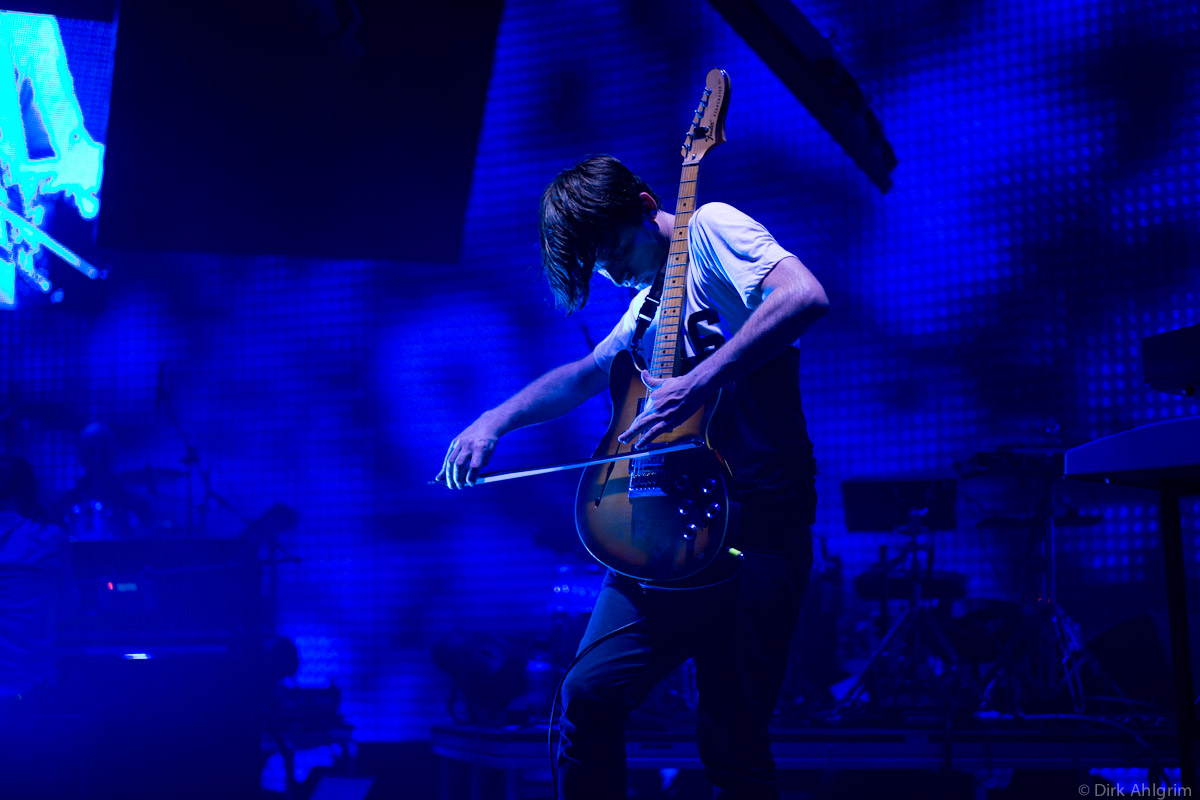 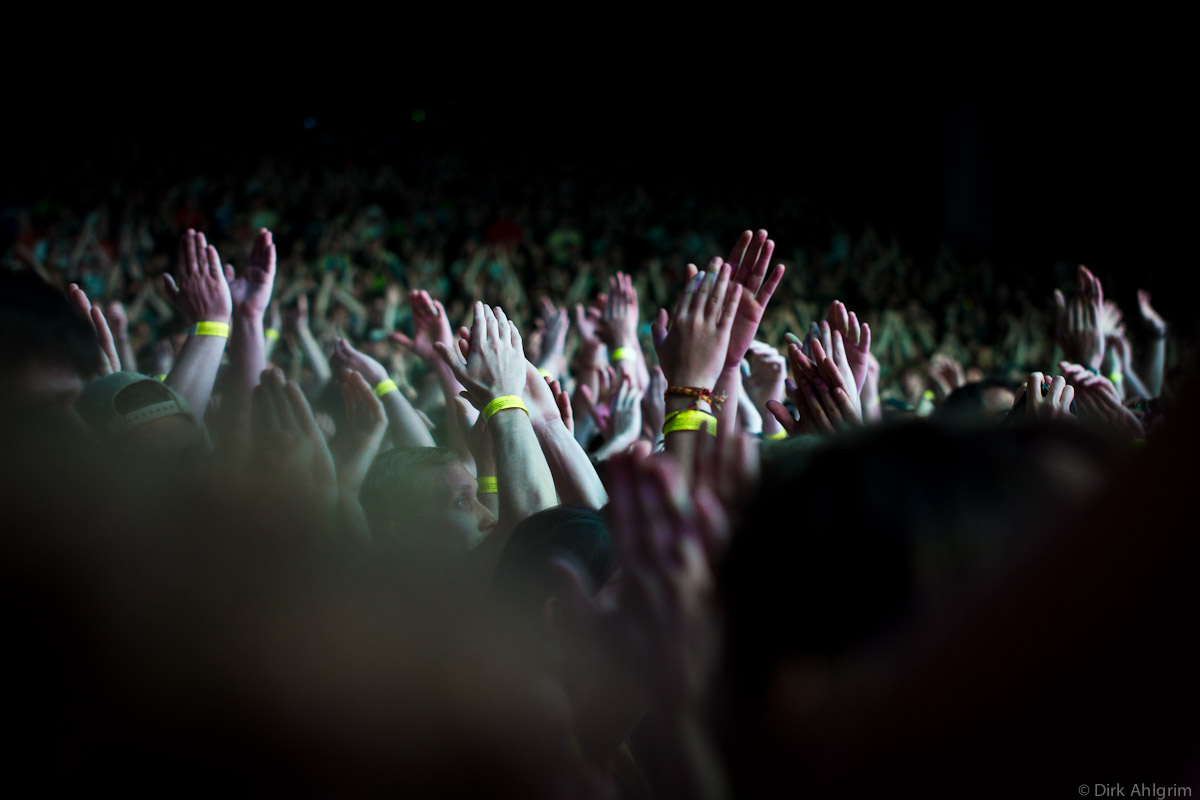 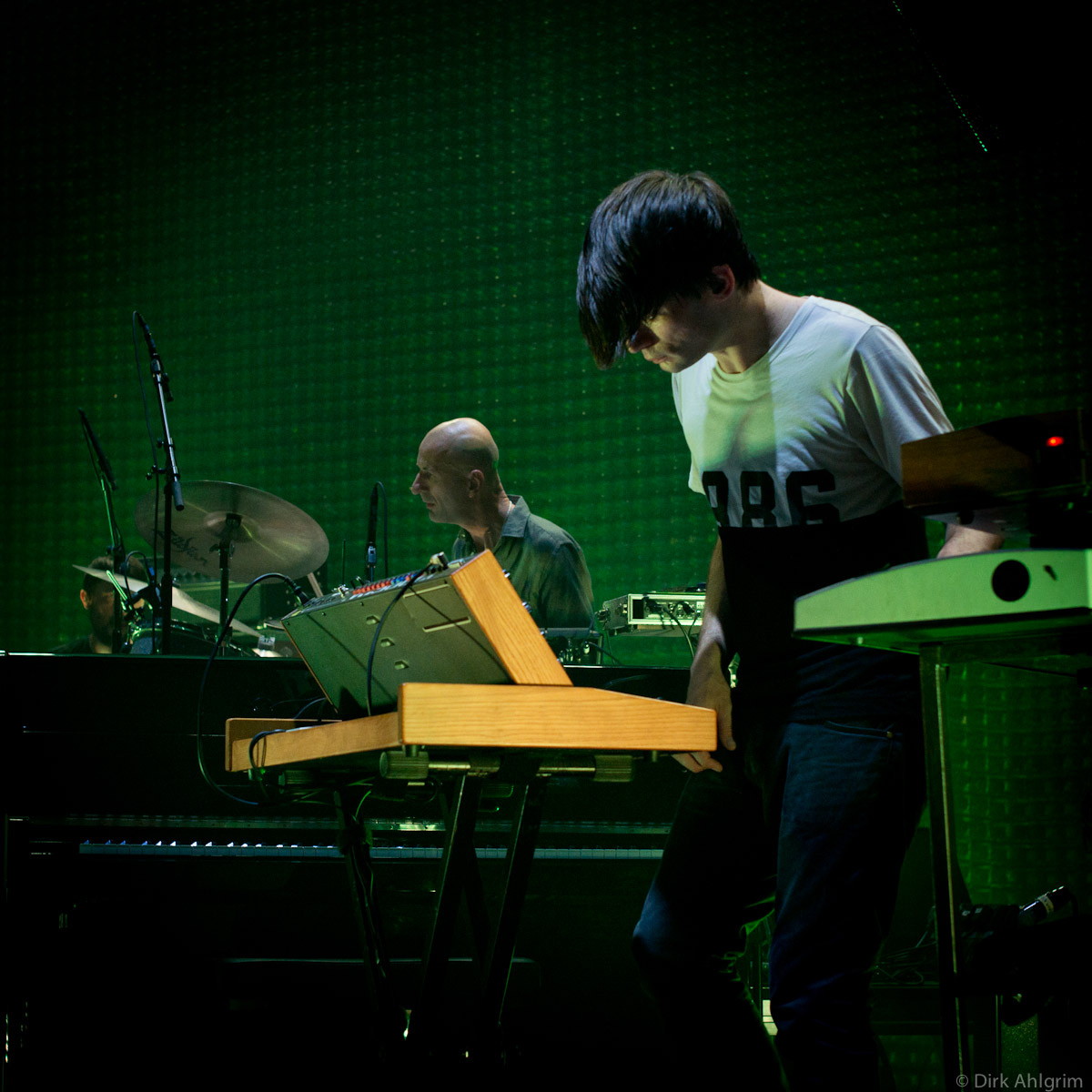 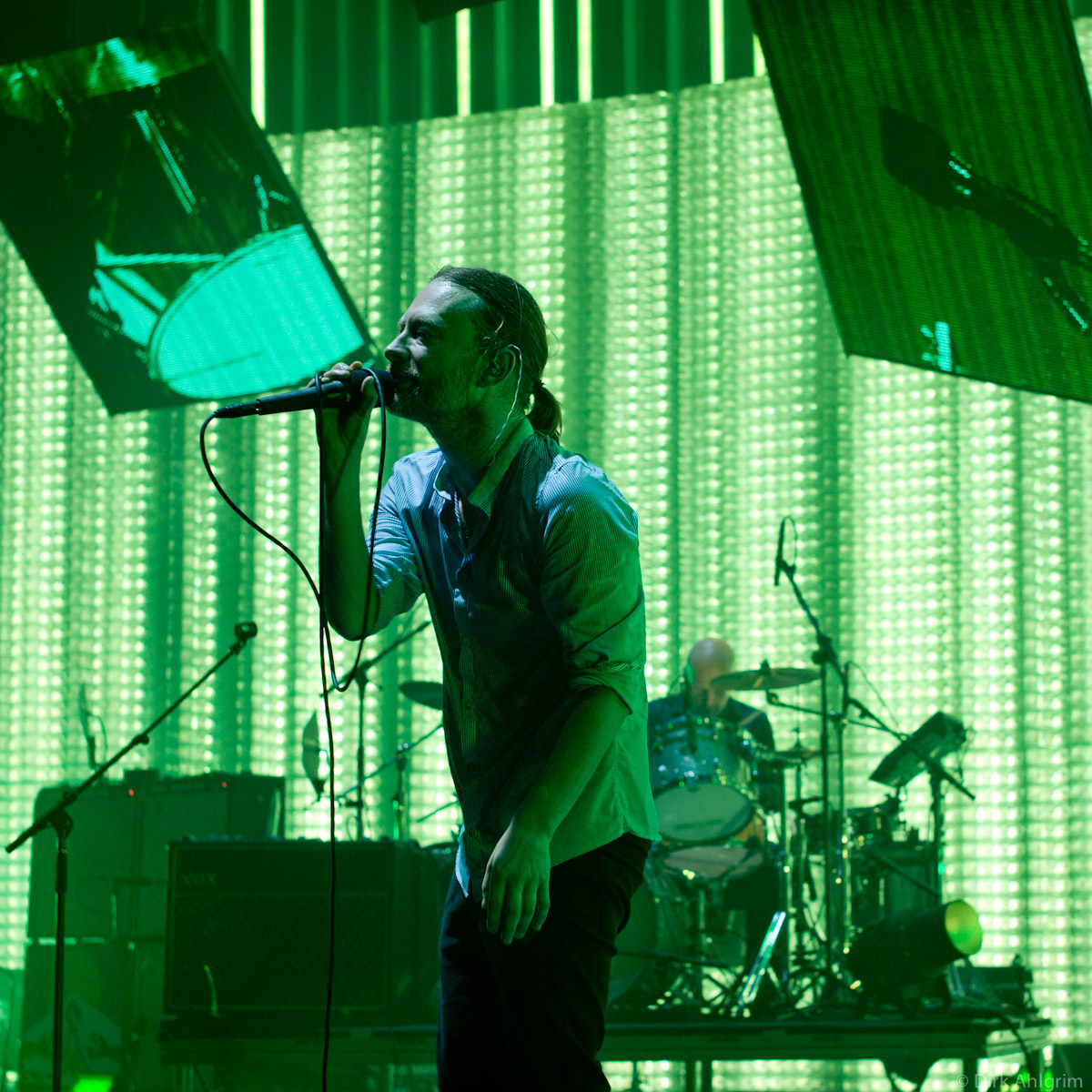 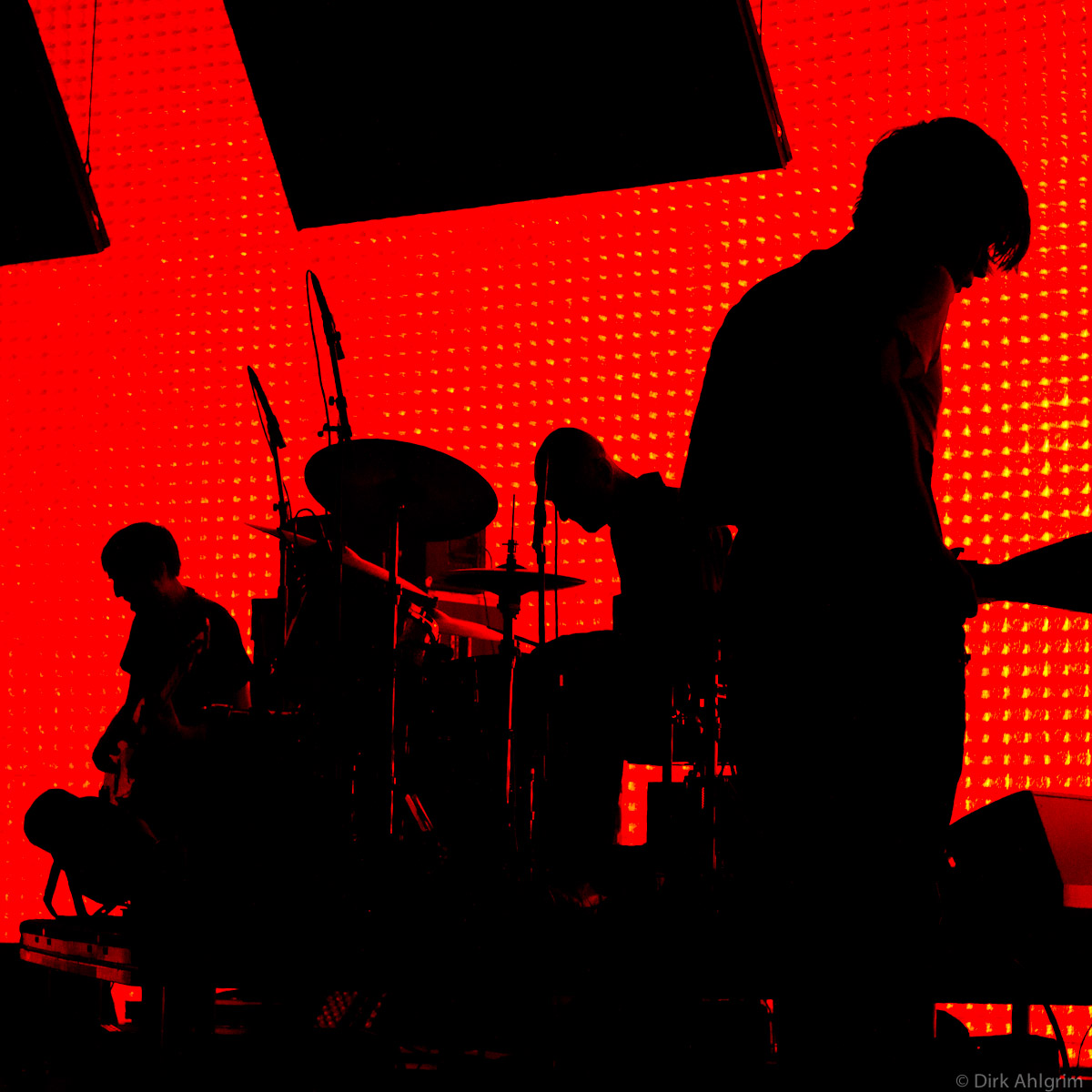 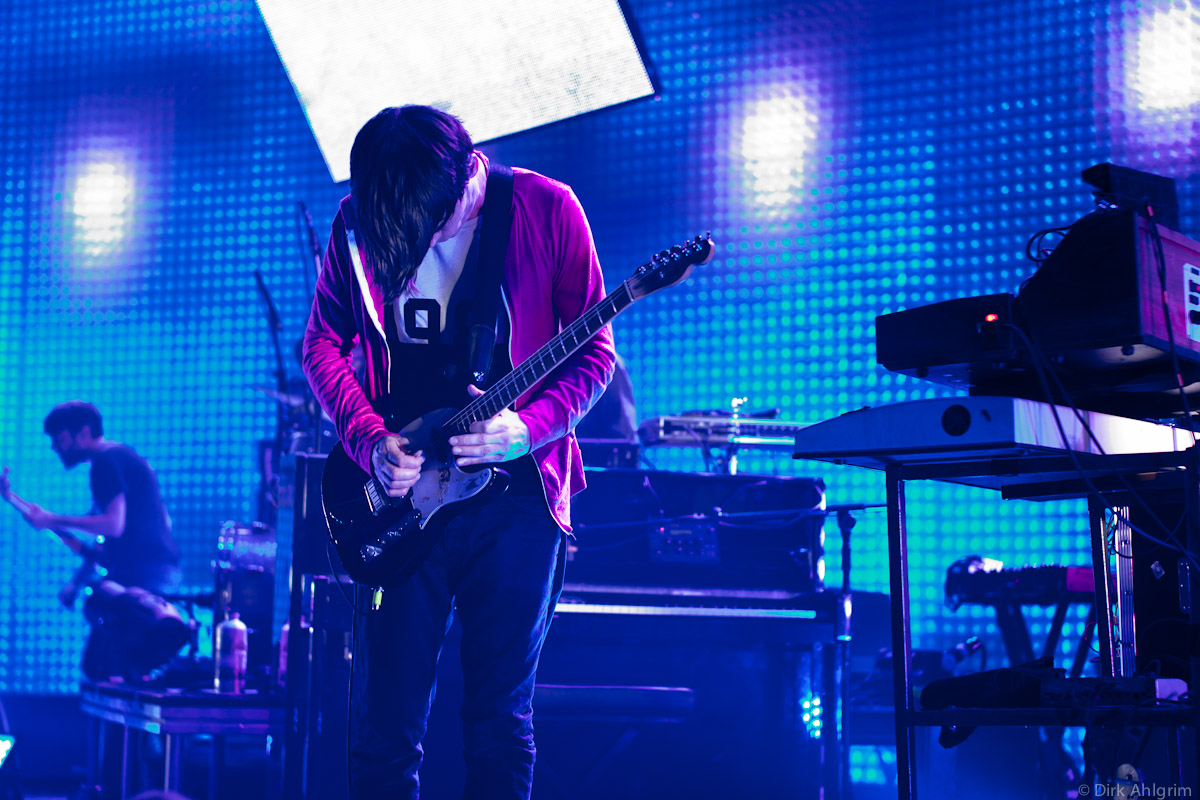 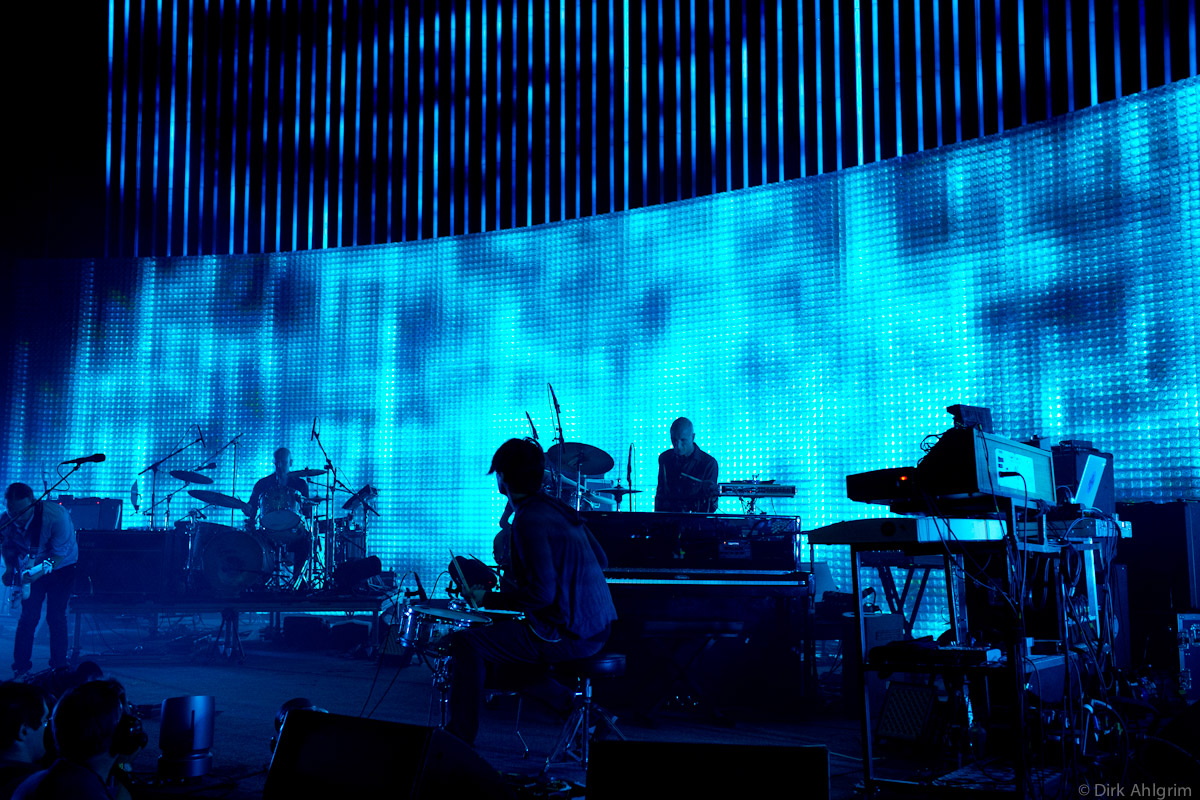 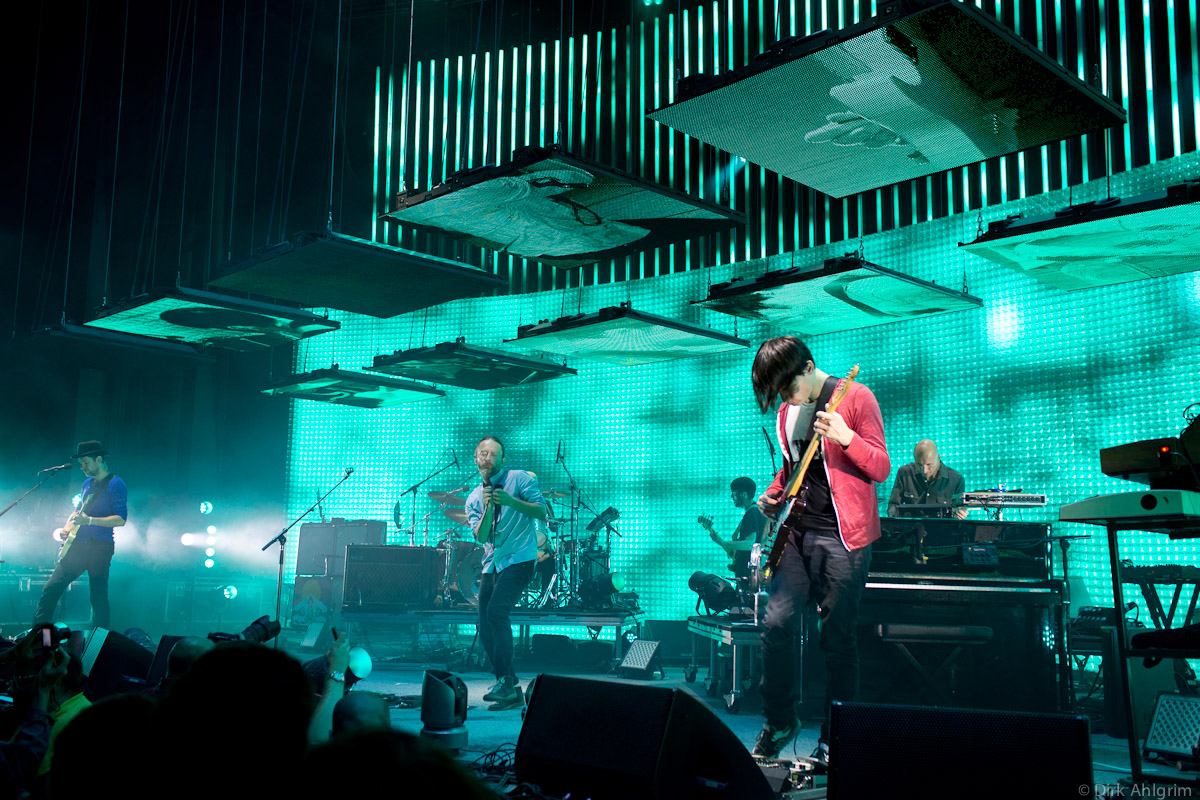 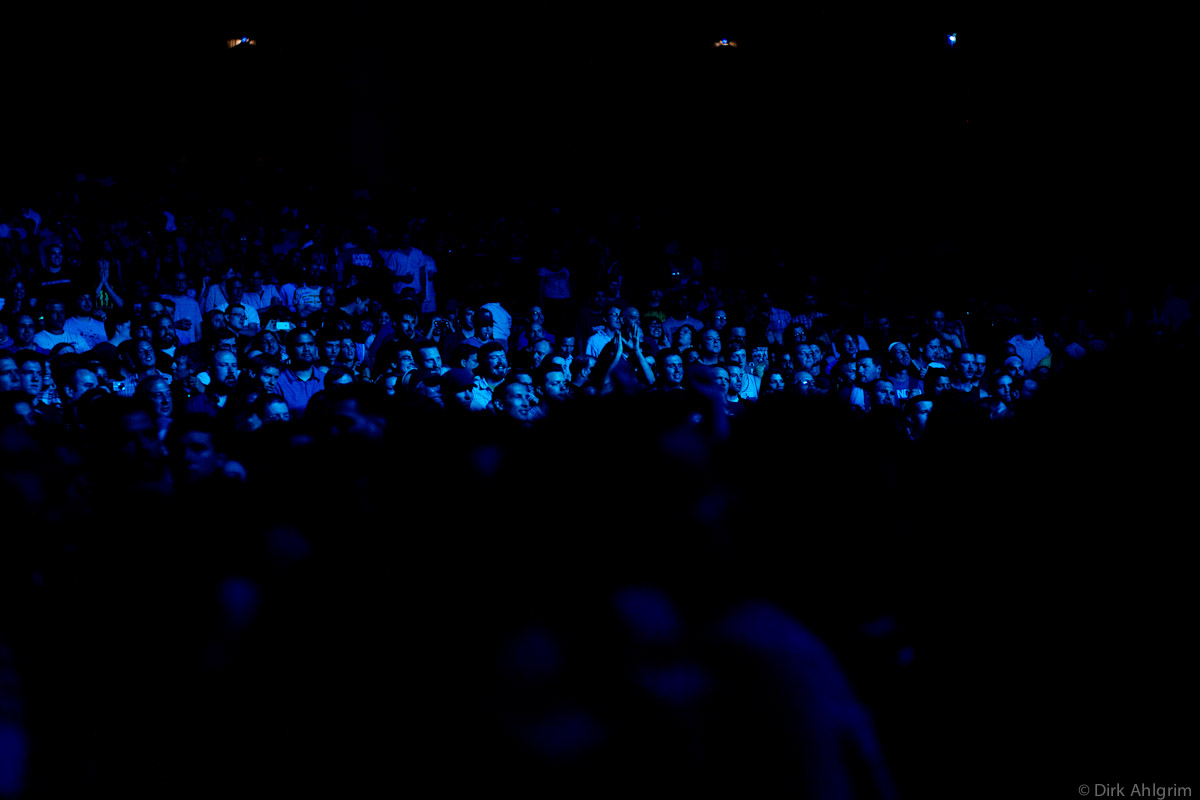 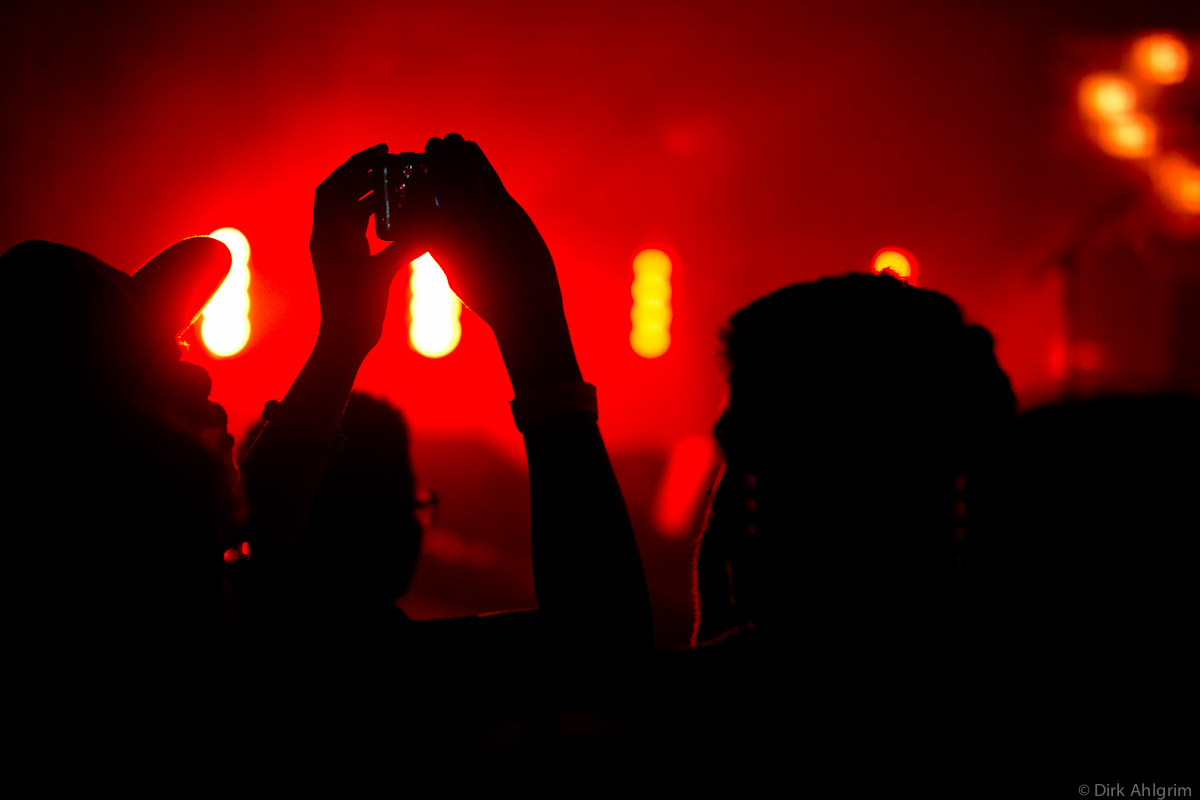 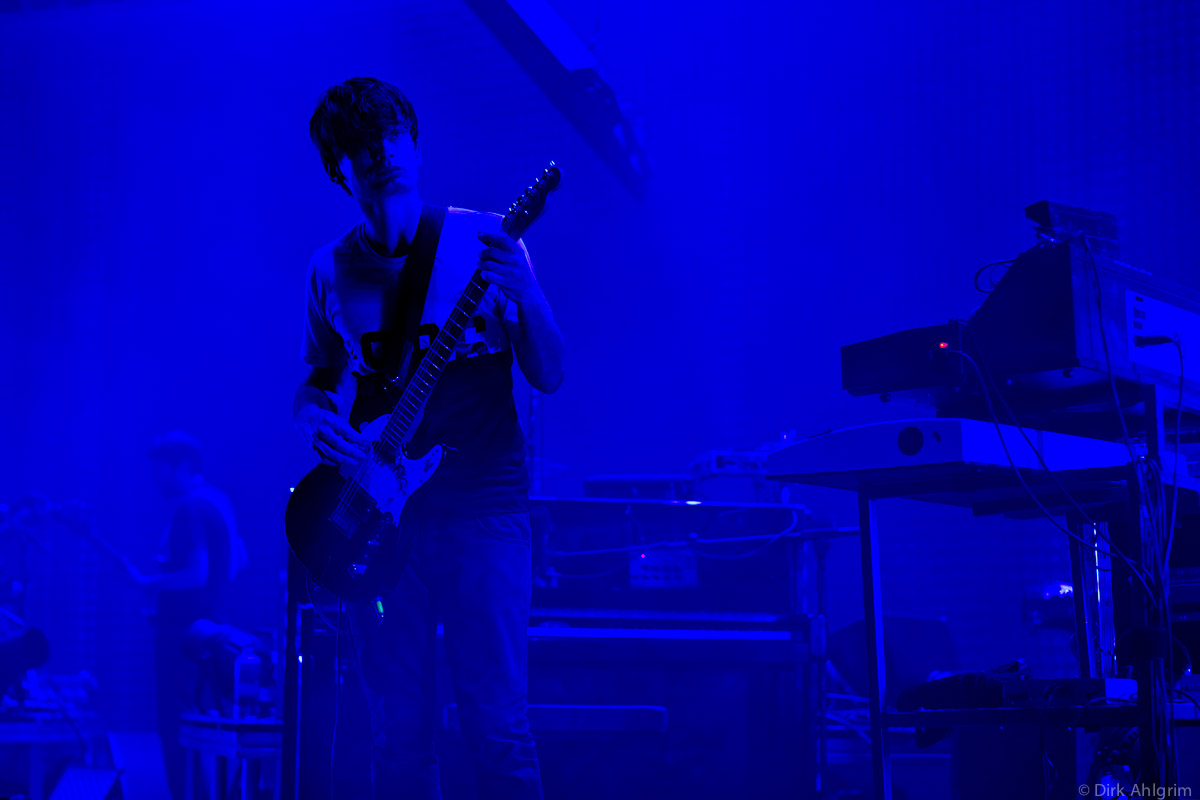