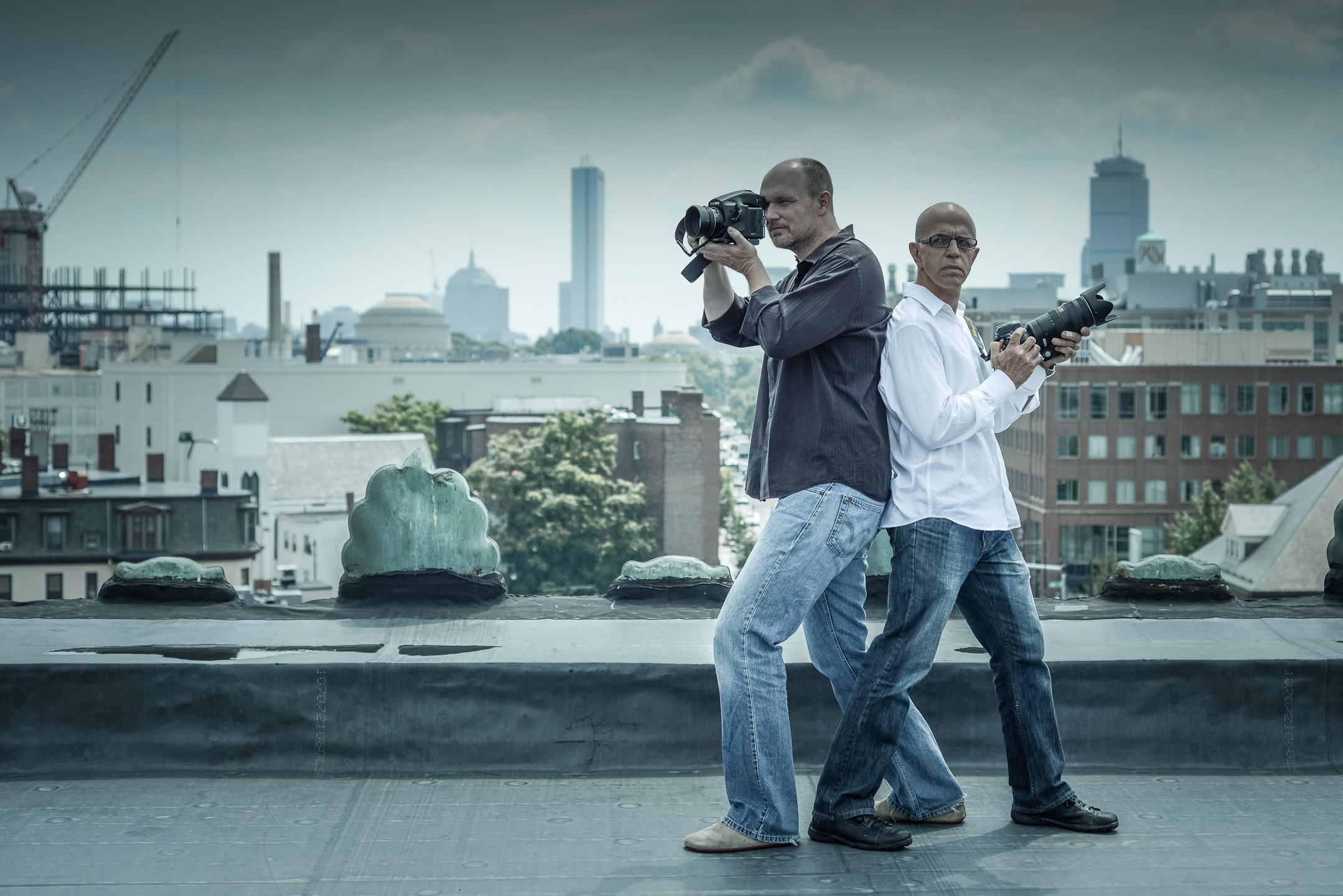 It has been a while since I wrote my last entry. Actually that was on the 18th of June shortly after the Radiohead concert. Since then I have been traveling to Germany and I moved into a new location. Enough to keep me distracted. The good news is that I spent more time on photography again. Now there are hundreds of images that need to be processed for future blogs. Throughout the last few months there has been one thing that I really wanted to try out. Last January I purchased a used Leaf digital back mounted on a Phase One camera. 80 Megapixels have carved a big smile onto my face and a deep hole into my pocket. Since then the whole debate about the Nikon D800 has started, DXO named it the best sensor out there and everybody got crazy about that camera. Since I had already burned a mega hole into my pocket there was nothing left to even think about buying one. So I see it as a sign of destiny that my good friend and colleague Jose received a D800 a few weeks ago. Actually he has been waiting for a D700 replacement since the D700 hit the market. When the D800 got announced he waited until 12.01am that day to pre-order it from Amazon. Over the following weeks we all learned that between 12.00am and 12.01am around 1.000.000 people must have ordered that same camera. That was the only explanation why his just didn’t show up for months. Then he received it and went on vacation and later on I went on vacation. Both being back to Boston we decided to make a quick little test. How would the same boring image look like from each camera? Ideally an image of no artistic value and that has brick walls, lost of brick walls. Doesn’t everybody test on brick walls these days? I mounted an 80mm 2.8 D lens on a Phase One DF body with the Leaf Aptus 2 12 back. Jose used his Nikon D800 and a 50mm 1.8 D. Now is the moment to stop reading and to write a protesting comment that this is all flawed right from the beginning. The 50mm may not be a great representation since it is not a high-end lens. I have two strong arguments for the 50mm. First, Jose told me that it is a great copy. Second, it is the only normal lens that we have for the Nikon. We may reshoot once we get a Nikon recommended lens on that body. By that time I may have upgraded to a Rodenstock tech lens as well.(And Jose to a D800E) 😉 We both mounted our cameras on Gitzo carbon tripods with heavy duty ball heads. With that setup we marched to the top of our office building desperately looking for a great motive to show up. It did not. After minutes of circling the parameter of the roof we decided to just pick one view and one small target. Jose spotted a yellow sign, see if you can identify it in the full view, that was so far way that at first I focused on something totally different. We got that sorted out and with the view selected we set our equipment to f8, 1/320 and ISO 100. We tried f5.6 as well but both cameras delivered better results at f8. We did not sharpen the files.

Here are the two f8 shots in their full beauty. 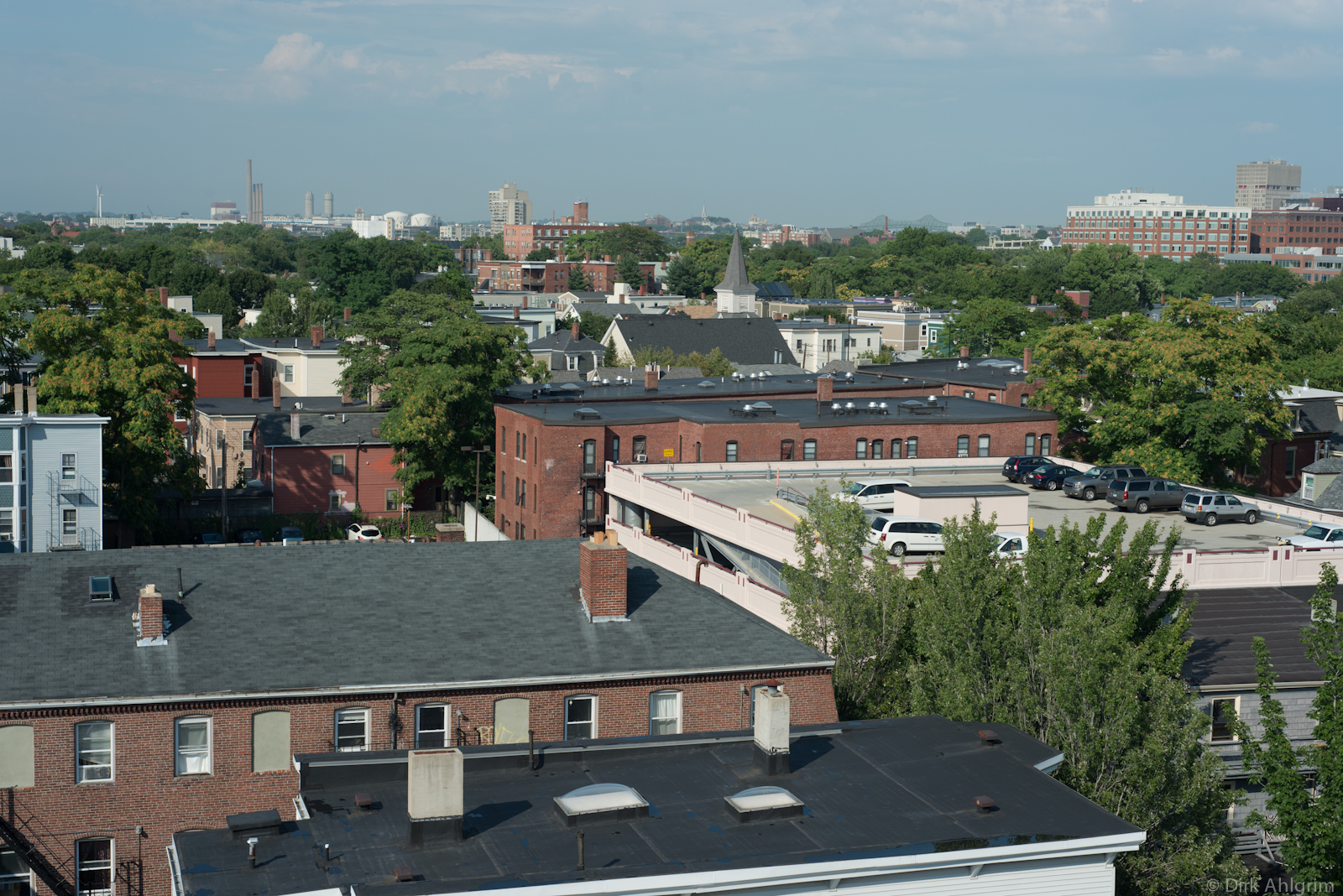 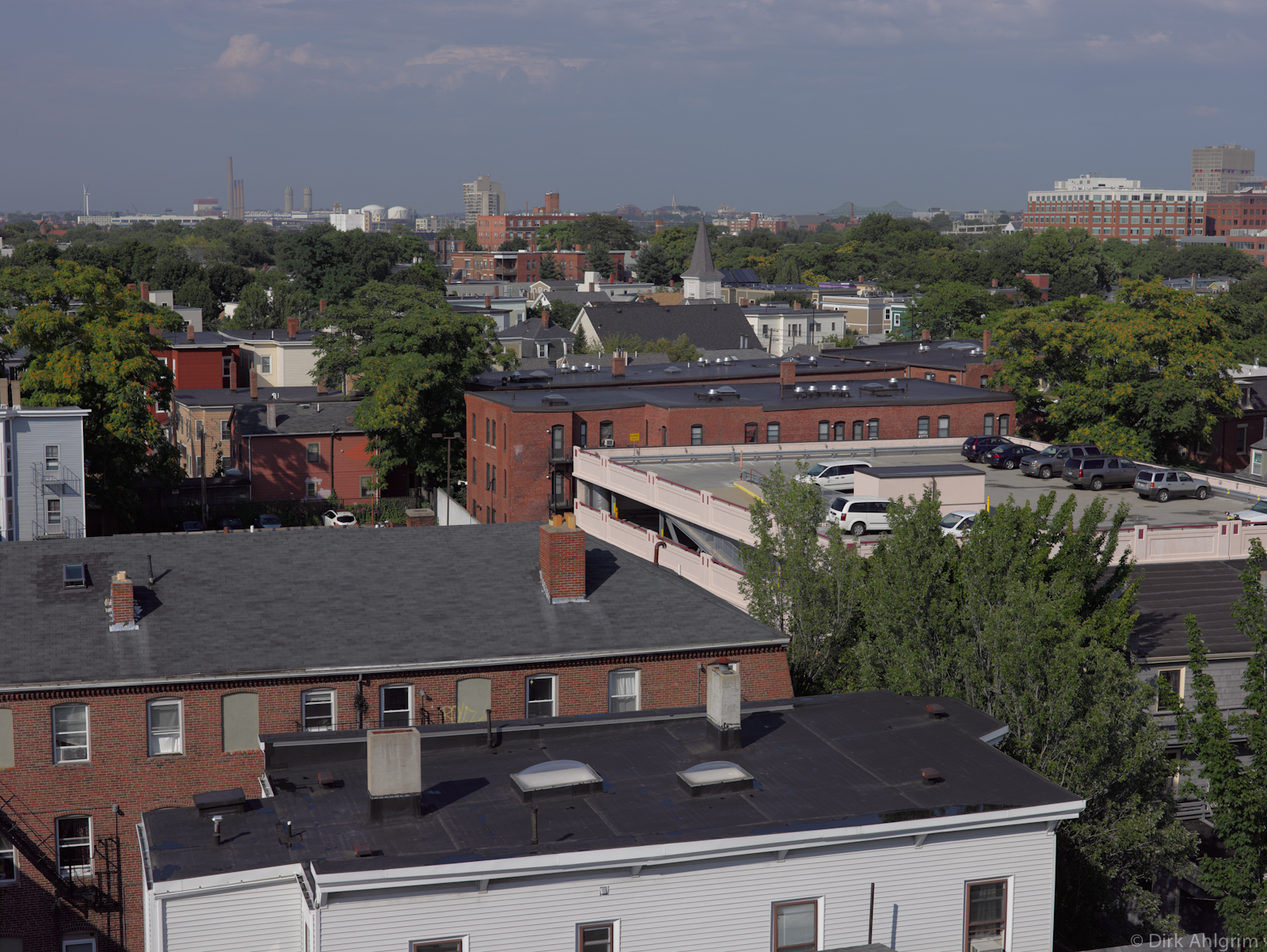 We individually changed some of the curves to preserve highlights and shadow details.  All I can say is that both cameras have an incredible dynamic range. But what about detail and smoothness? In the zoomed-out view the Leaf file looks richer, with smoother tonality in the mid tones. Lets have a close up look at 100% for both images. 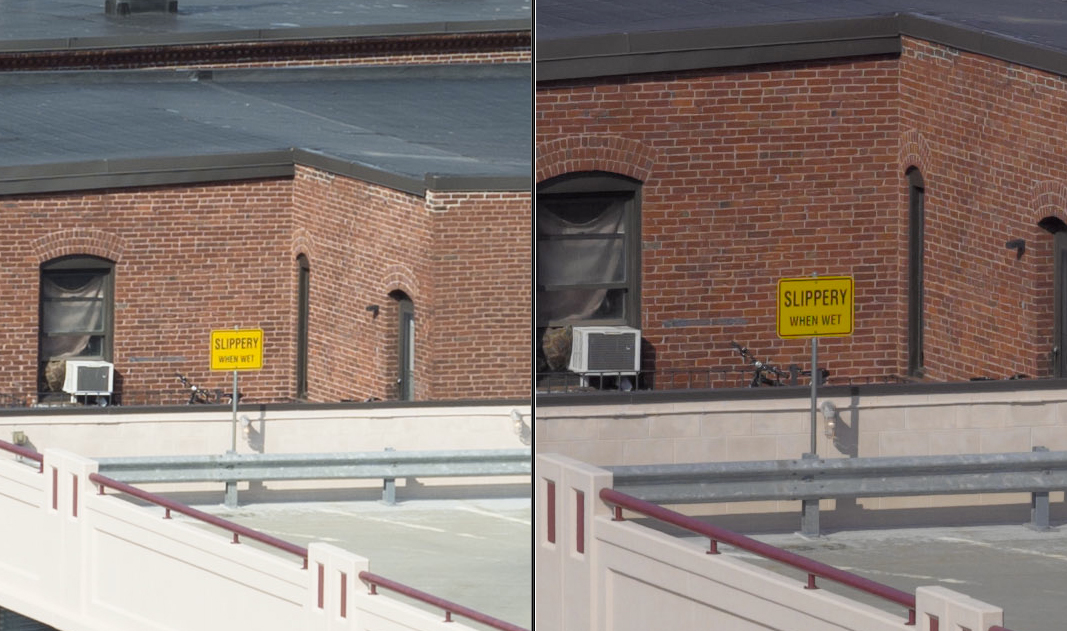 The Leaf clearly shows more detail. Its double resolution gives it an advantage. That was somehow expected. At least with our lens setup the difference is more than just noticeable. It is strong. The Nikon file scaled up to the same size as the Leaf file demonstrates the difference even more. 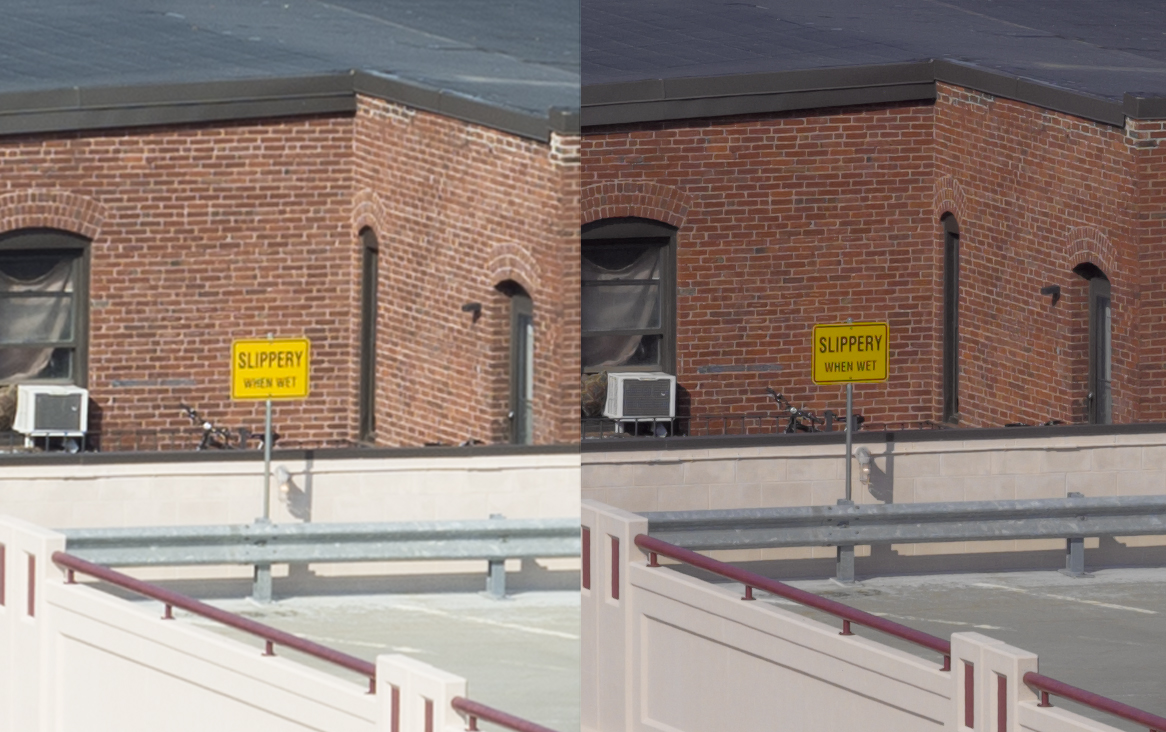 Still the Phase One seems to create some chromatic aberation that shows as green and red color on the yellow sign. But lets put this into perspective. What the Nikon pulls off is incredible for that camera. Comparing it to an 80 megapixel sensor that is basically more than twice its physical size is unfair. But it may shed some light on the DXO discussion. The Nikon sensor may most likely be the best sensor out there but its result is a combination of resolution, dynamic range, ISO performance etc. With he Leaf back I hesitate to shoot higher than 100 ISO. It starts to look strange at ISO 200 already. But within its sweet-spot it can create files that are absolutely incredible and can only be matched by similar sized sensors or …by film. Yes, I think the 80mp back equals the resolution that I got from 5×7 film but not what I got from 8×10. Maybe a tech camera would close that gap. When it comes to tonality film still rocks the boat. But Jose and I being lazy shooters we prefer the convenience of the digital world with its never ending stream of improvable equipment. And as resolution freaks we will most likely run after the next great thing that would give us just 1% more detail for our museum-sized prints. Have I mentioned how many small and large prints Jose and I have combined on our walls? None. D!RK

PS Check out the quality of the heavily processed cover photo. We took this with the D800. The crispness is amazing.