Currently is the time that landscape photographers run around New England to capture the beauty of Fall colors. While preferring a German, contemporary style of photography I sometimes find myself in front of a fishing boat or lighthouse and take what someone may describe as a typical New England landscape photo. I look at a scene and it reminds me of a puzzle cover, calendar shot, or postcard. The trick to capture that scene well is by using a tripod and a long exposure. My camera is limited to 30 seconds of maximum exposure time but that is long enough to flatten the water. It gives the photo an extra dreamy mood. On a bright day a neutral density filter can help to deal with the long exposure in full daylight.

The first is a straight forward shot of the Rockport, MA harbor. Rockport is a tiny fishing town north of Boston. A favorite tourist destination. The whole place is so picturesque that Hollywood turned it into the Alaskan town Sitka for the Sandra Bullock movie “The proposal”. Point your camera at the dark red shack, keep the shutter open for a long time and there you go. Rockport postcard. 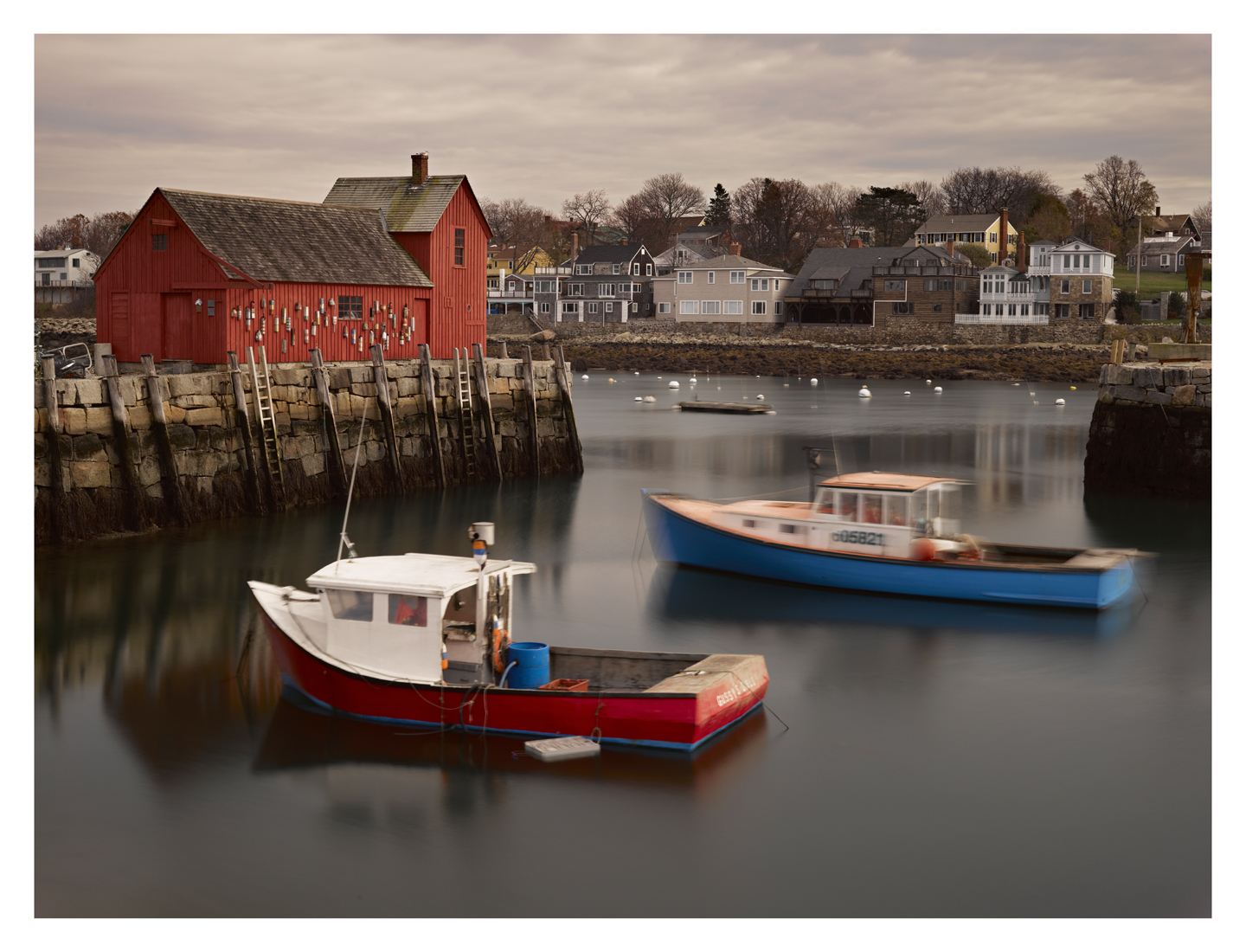 The second example is a photo of the Cape Neddick lighthouse near York, Maine. Another postcard shot but with an interesting observation. Cape Neddick sits on an island just 50 yards away from the coast. Many photographers hang out there and take photos of that place throughout the year. When I arrived late in the afternoon on a winter day around seven or eight photographers had set up their cameras on tripods. When the sun sets the last rays of light hit the island and then it glows in warm light. But what I had in mind was something colder. I wanted to capture a darker, colder tone with just a few lights of the building. So I waited. All other photographers left with the sun while I thought that hanging out there a bit longer could be interesting. There can be a nice time when the light is almost gone but you can still see the details in the dark areas and the highlights in the bright spots. I set up the camera to expose the highlights well. Then I took shots until the dark got too dark to be captured. I ended up with photos that had the black areas too bright and some that had no detail left. But a few were just right. I was surprised that none else stayed to capture this. To me it reflects the cold feel of that time of the year. D!RK 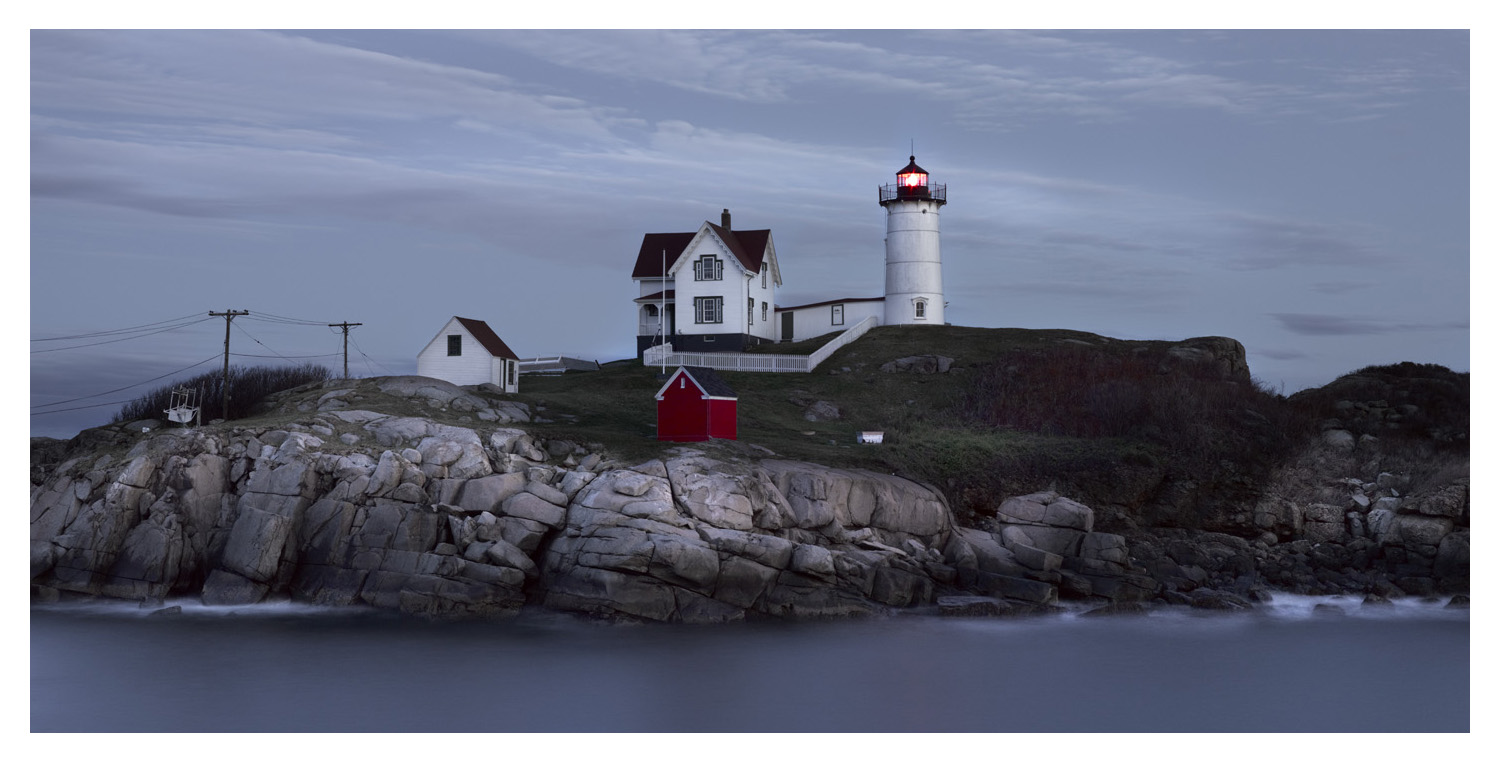