For the last several weeks I have been covering the Boston blizzards. Before the first storm hit I went out in Fort Point/Boston and captured various spots. My ideas was to show the landscape before and after the first storm. Out of this series there was one image that particularly I liked. It shows a bike that had been attached to a parking meter. Right after the storm I walked by there again and took another photo of it and I tried to shoot something similar to the first shot. The following days I walked by that bike again and every time I passed it, and noticed a difference, I took another photo. Not every day but two, three times a week. It came to the point that I would get dressed in the evening to get out into the blizzard to capture another photo of the lone bike standing there. Looking back at some of my early blizzard images from around the city I realized that single photos nicely capture the impact on a city at that moment but they don’t communicate well the cycles that someone goes through in Winter. The element of time is missing. Keeping the focus on one single item over a longer period of time, and showing how the environment transforms around it, would do this much better. At least that is what I thought. An idea formed to capture the state of the bike throughout the entire winter, during and after the snowfalls. A time-lapse would do that well but who would leave a Leica out there in a public spot for weeks. Especially with all the car break-ins around that area. Personally I feel that stills work well because they express the calm of the moment.
After the first storm I hoped for a bit more snow to come to make the series a bit longer. Not did I know that this would turn into one of the most memorable winters of all times, with almost record breaking numbers. Here is an uncommented set of images showing the bike going through the cycles of snowfalls. 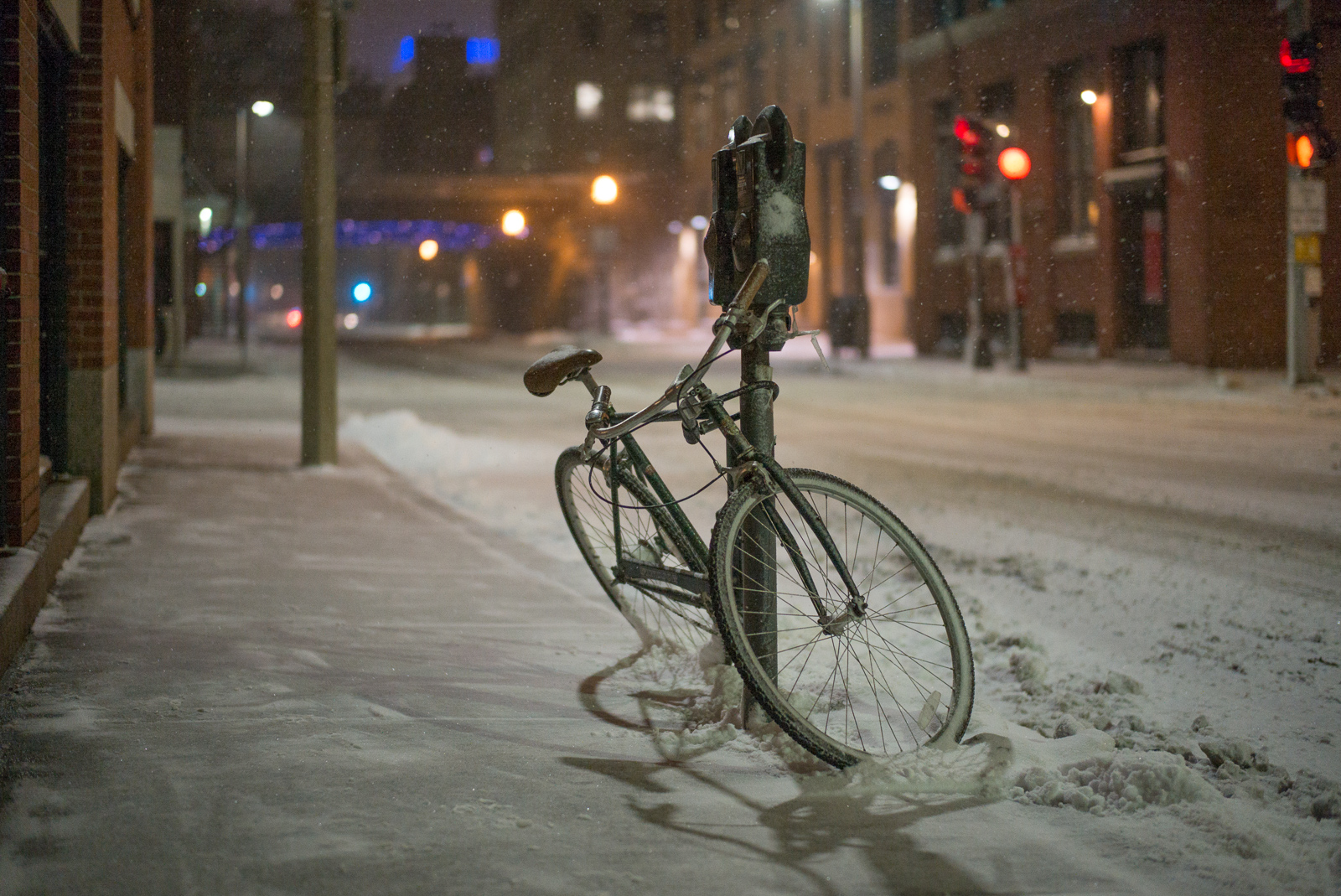 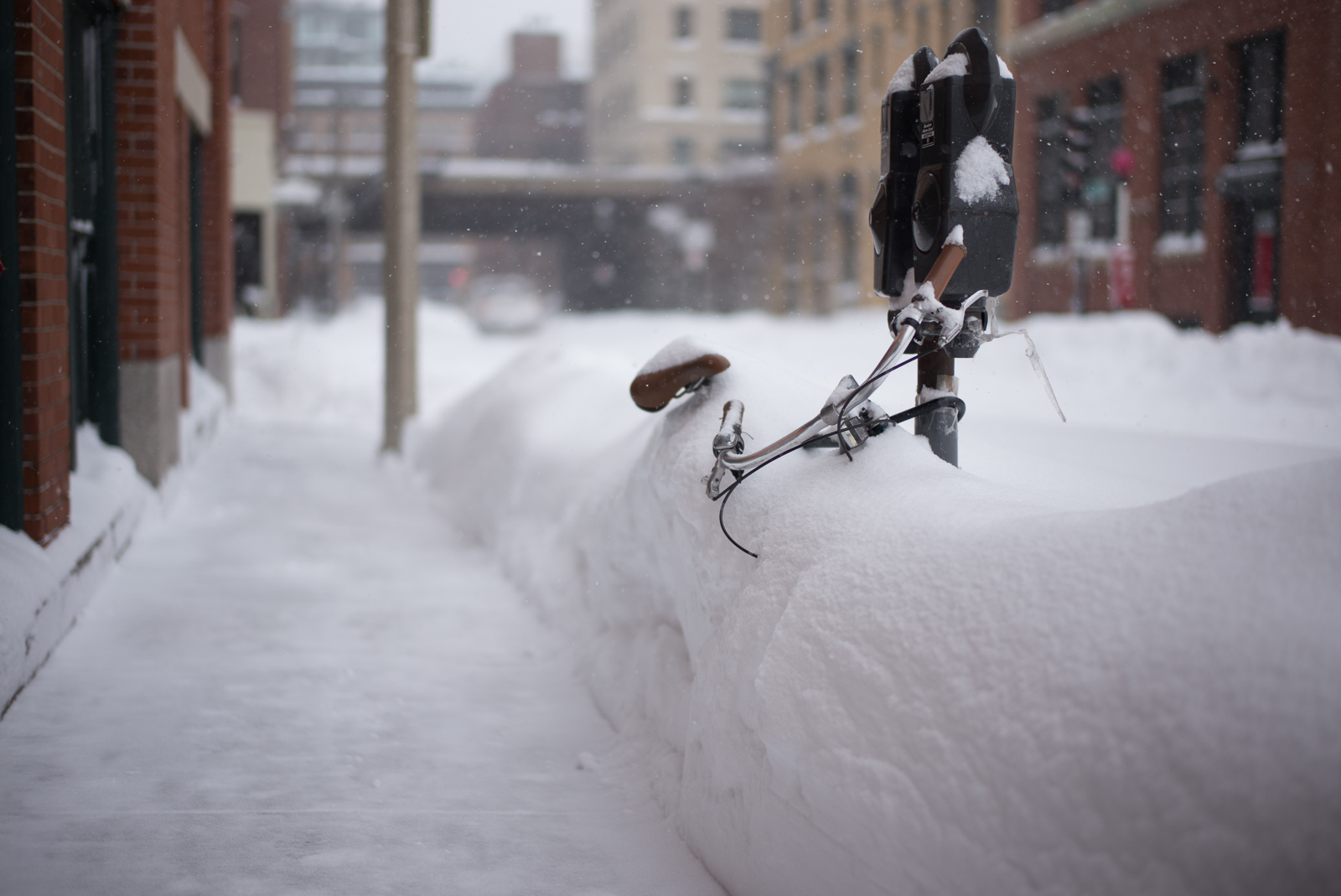 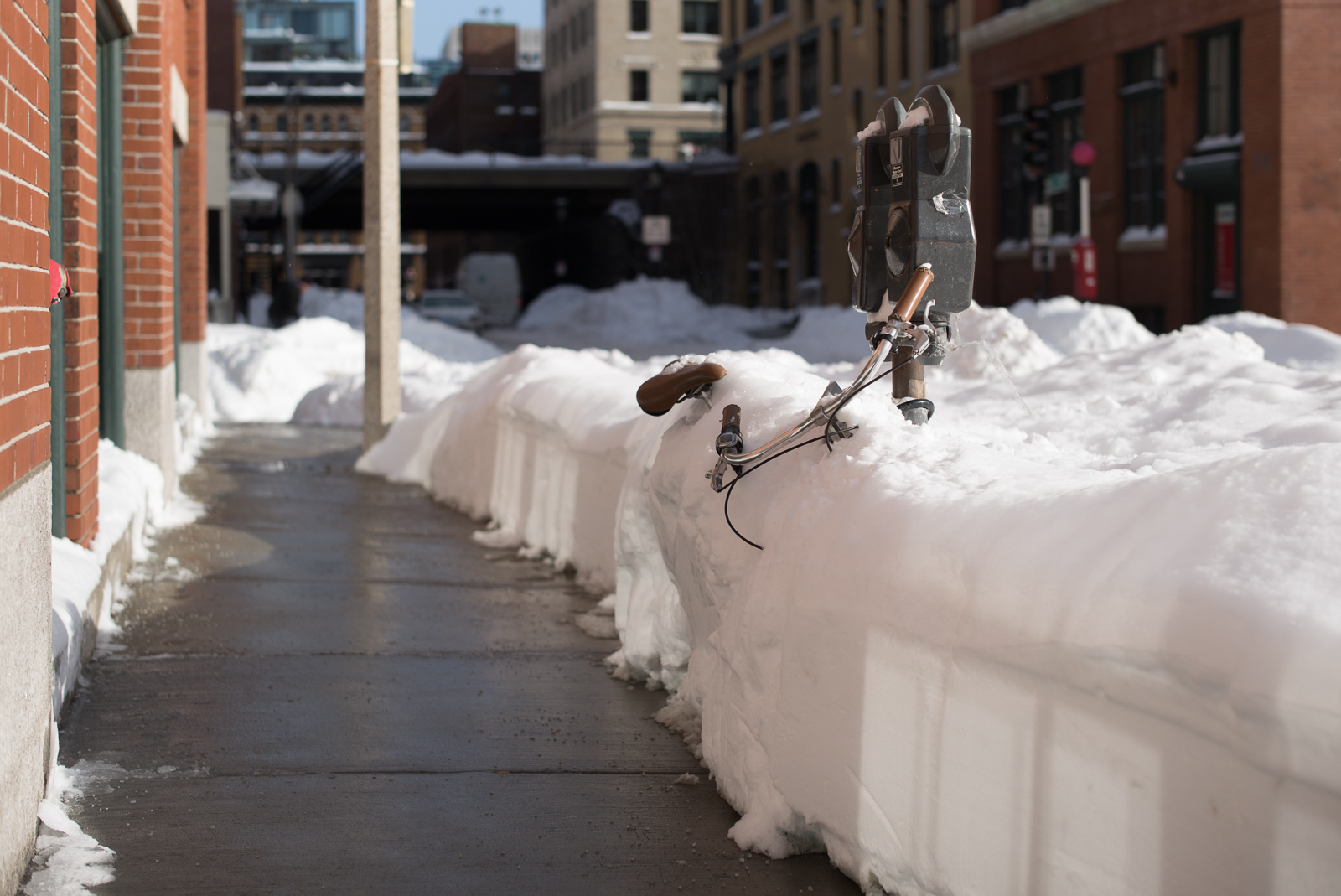 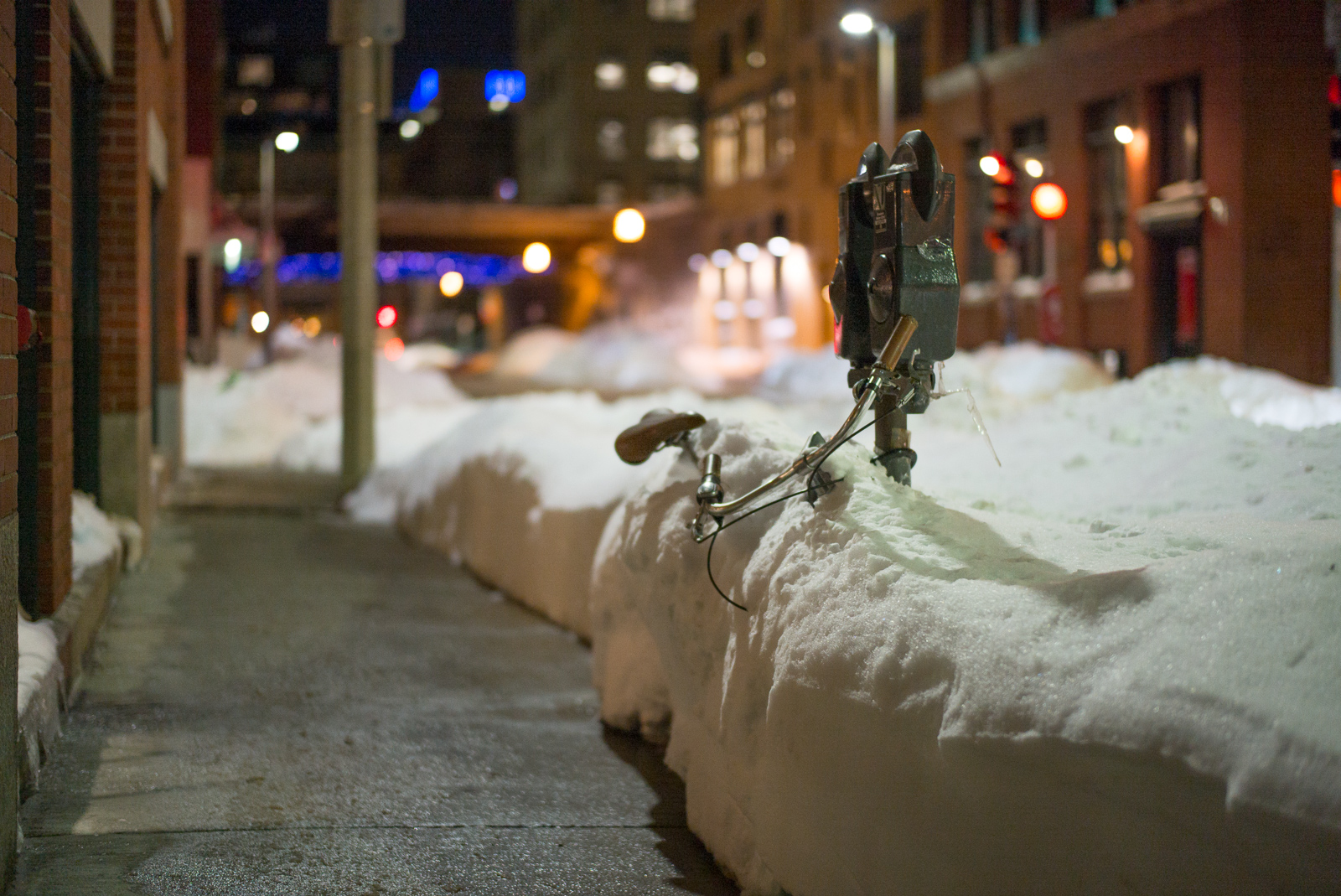 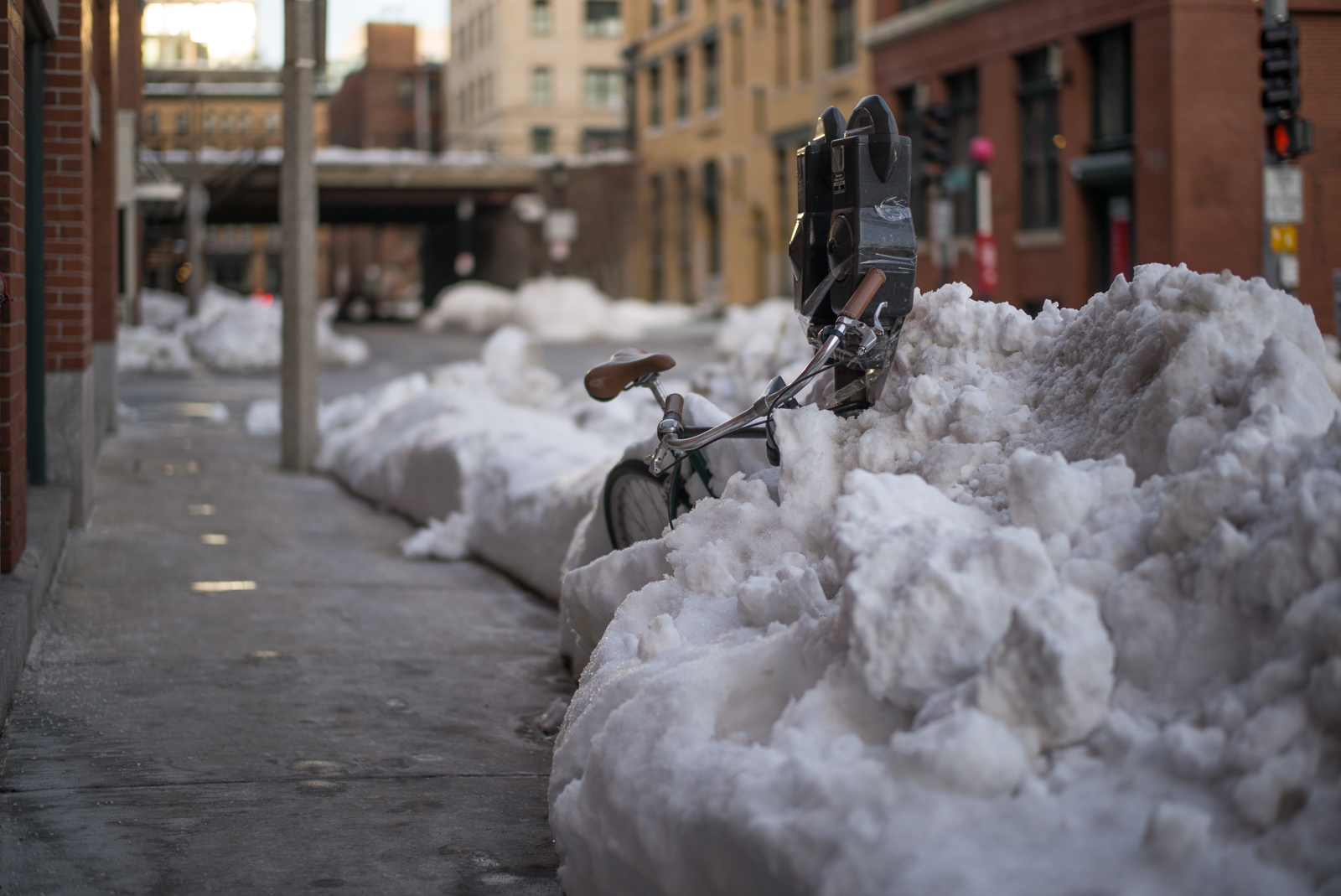 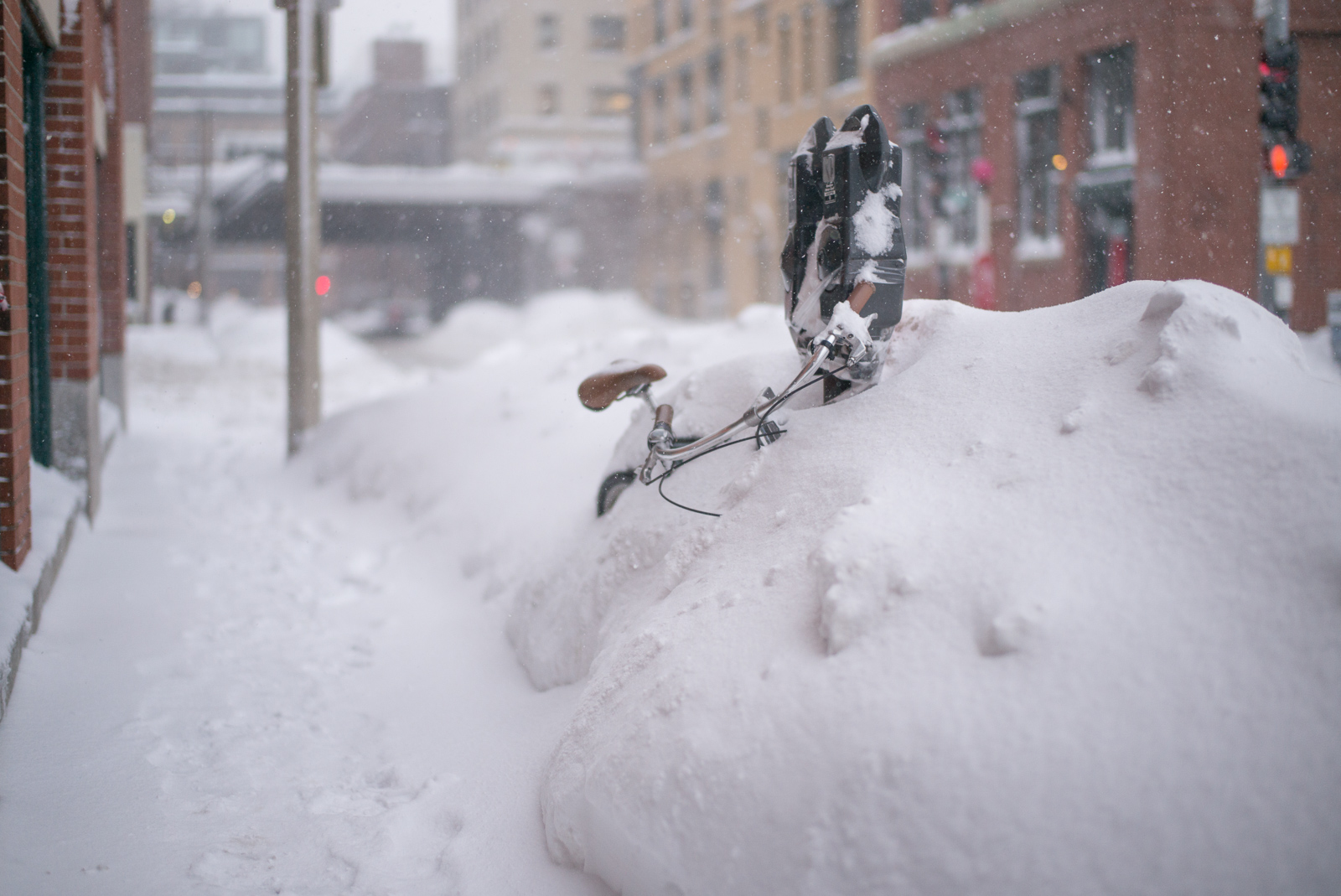 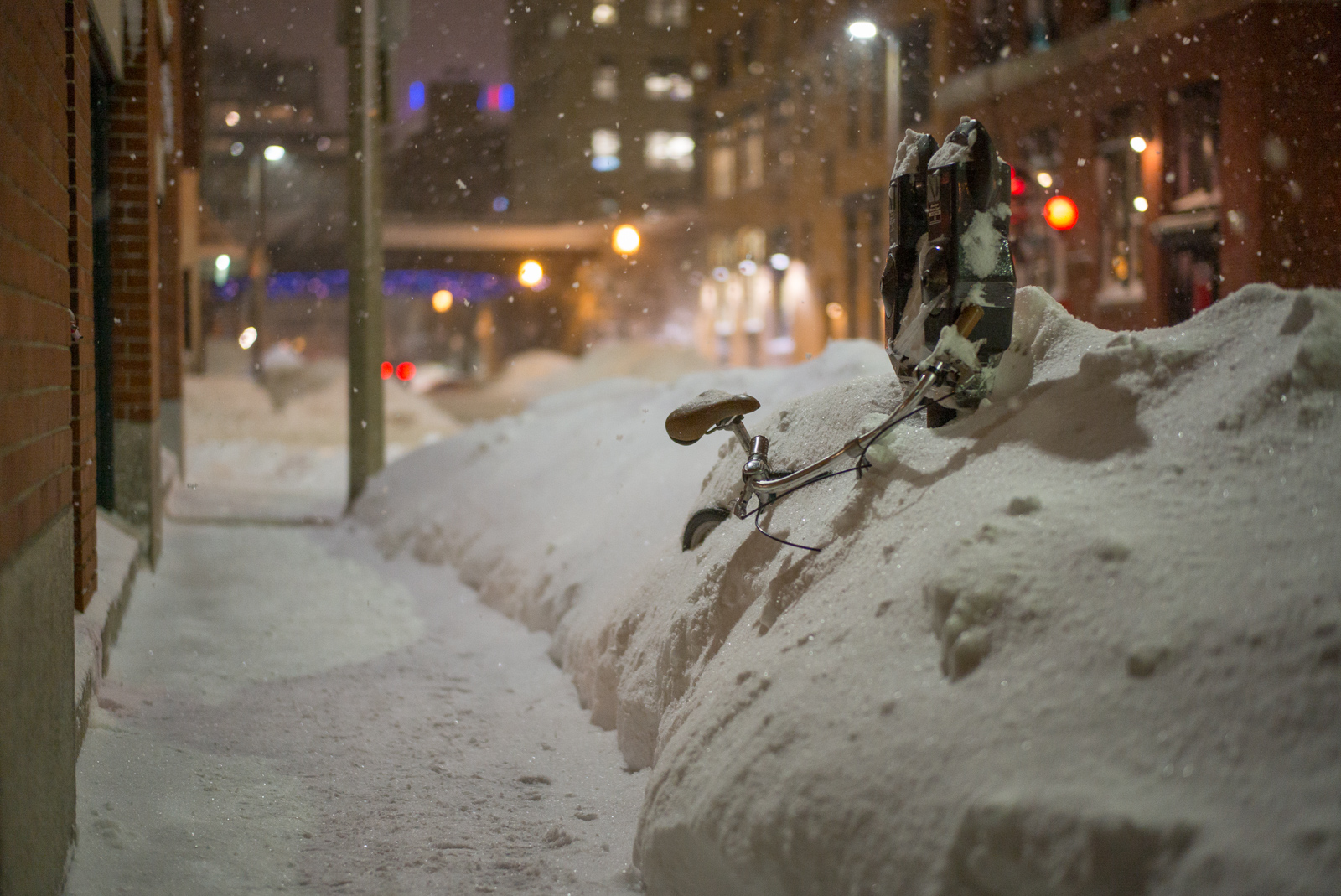 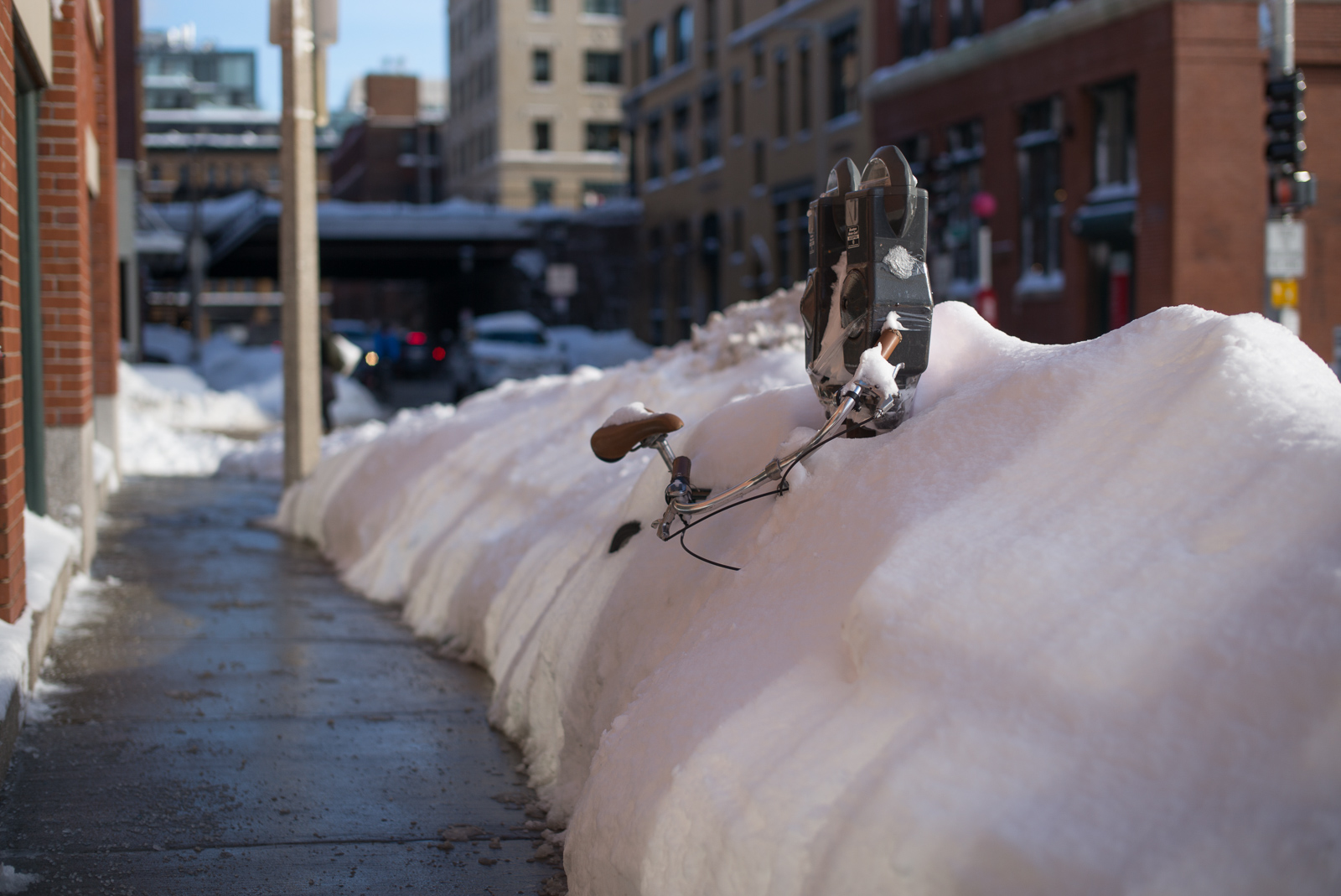 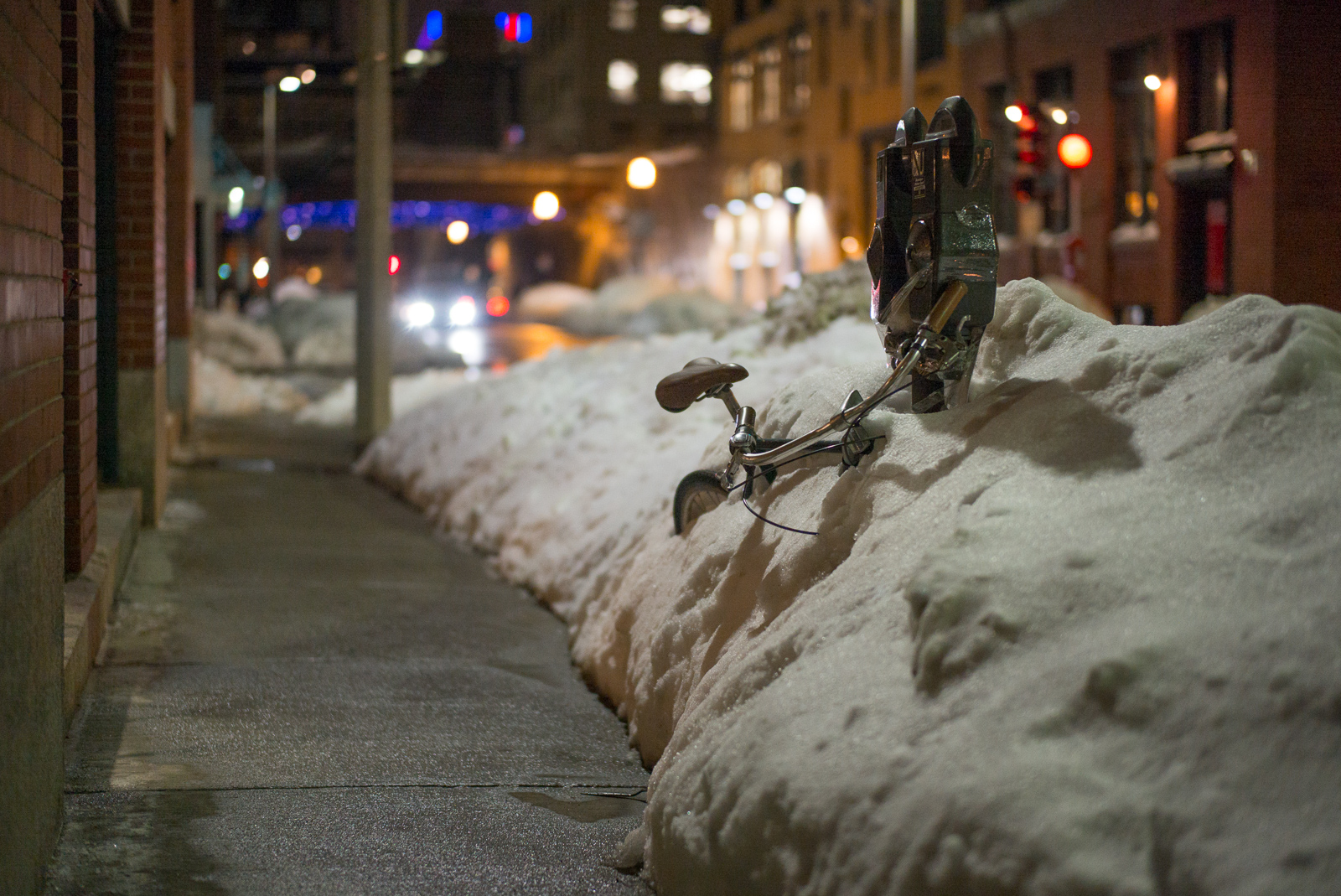 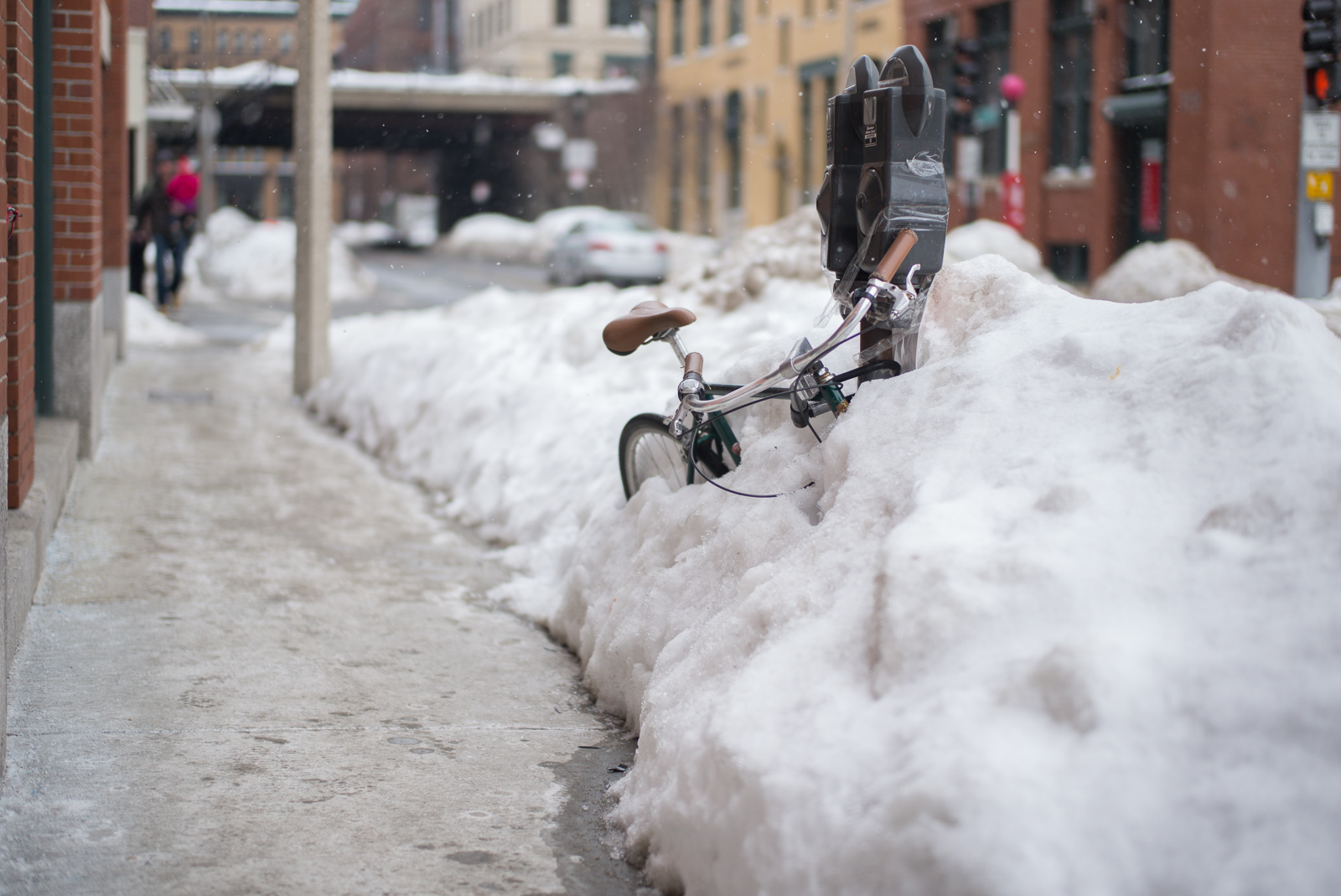 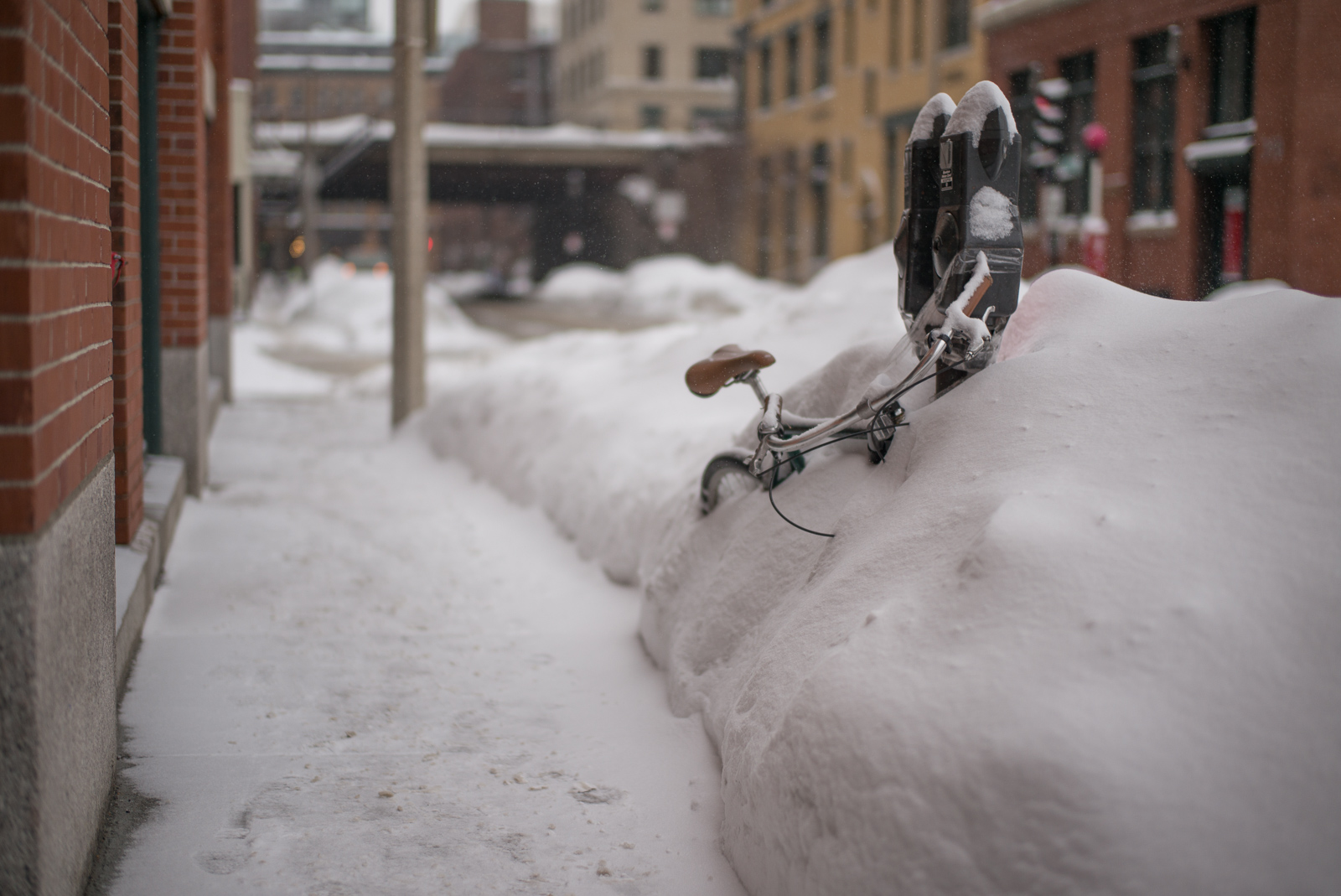 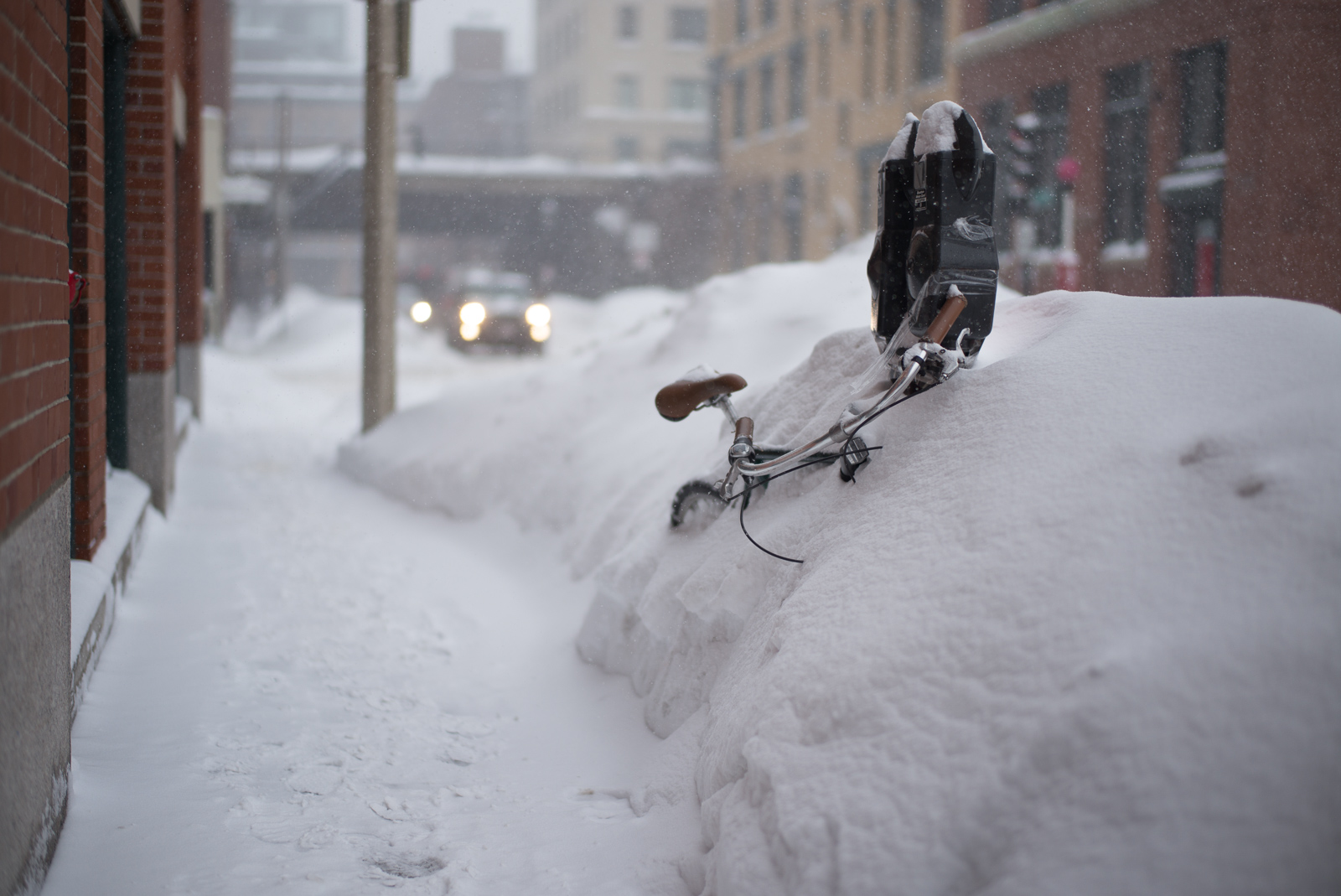 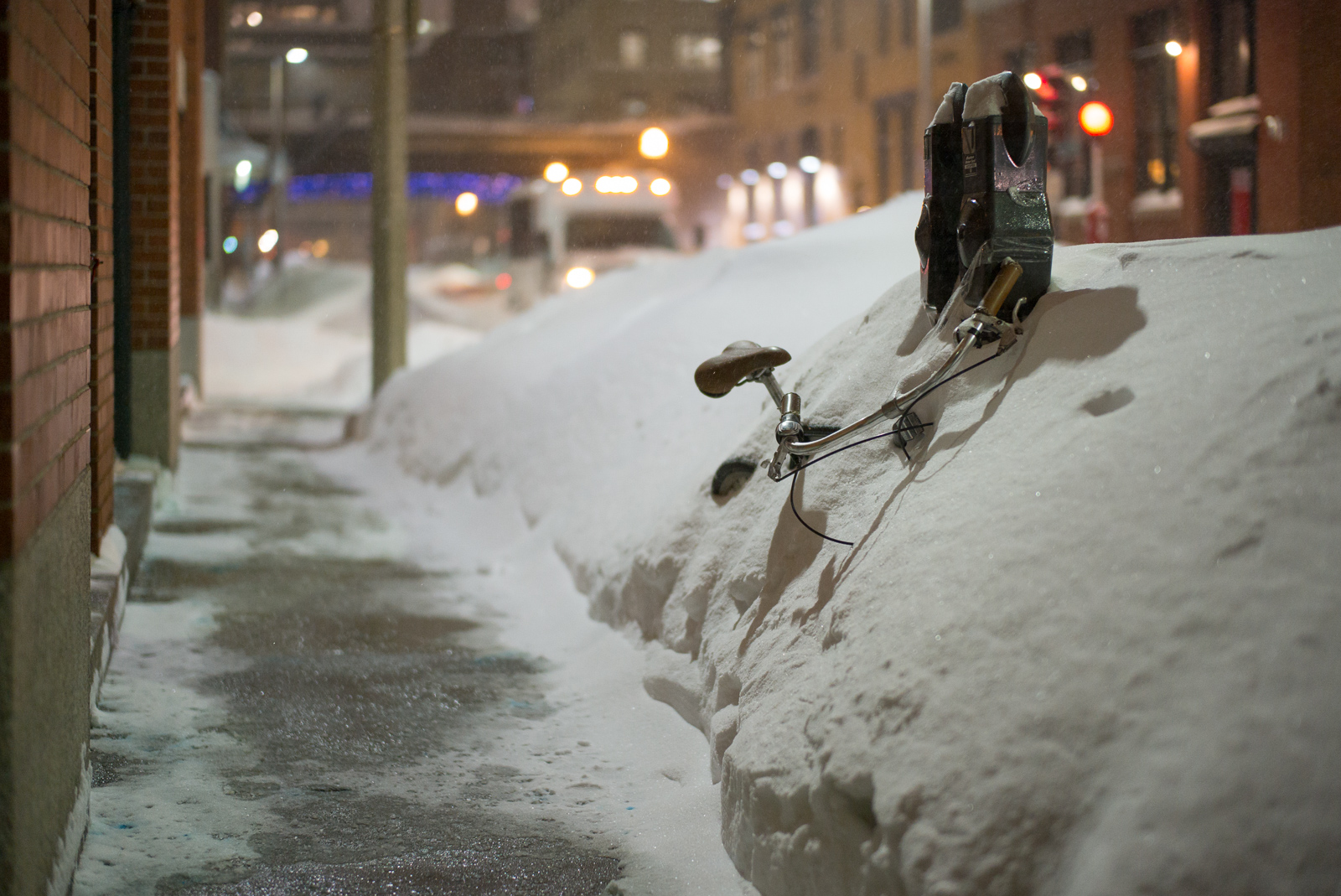 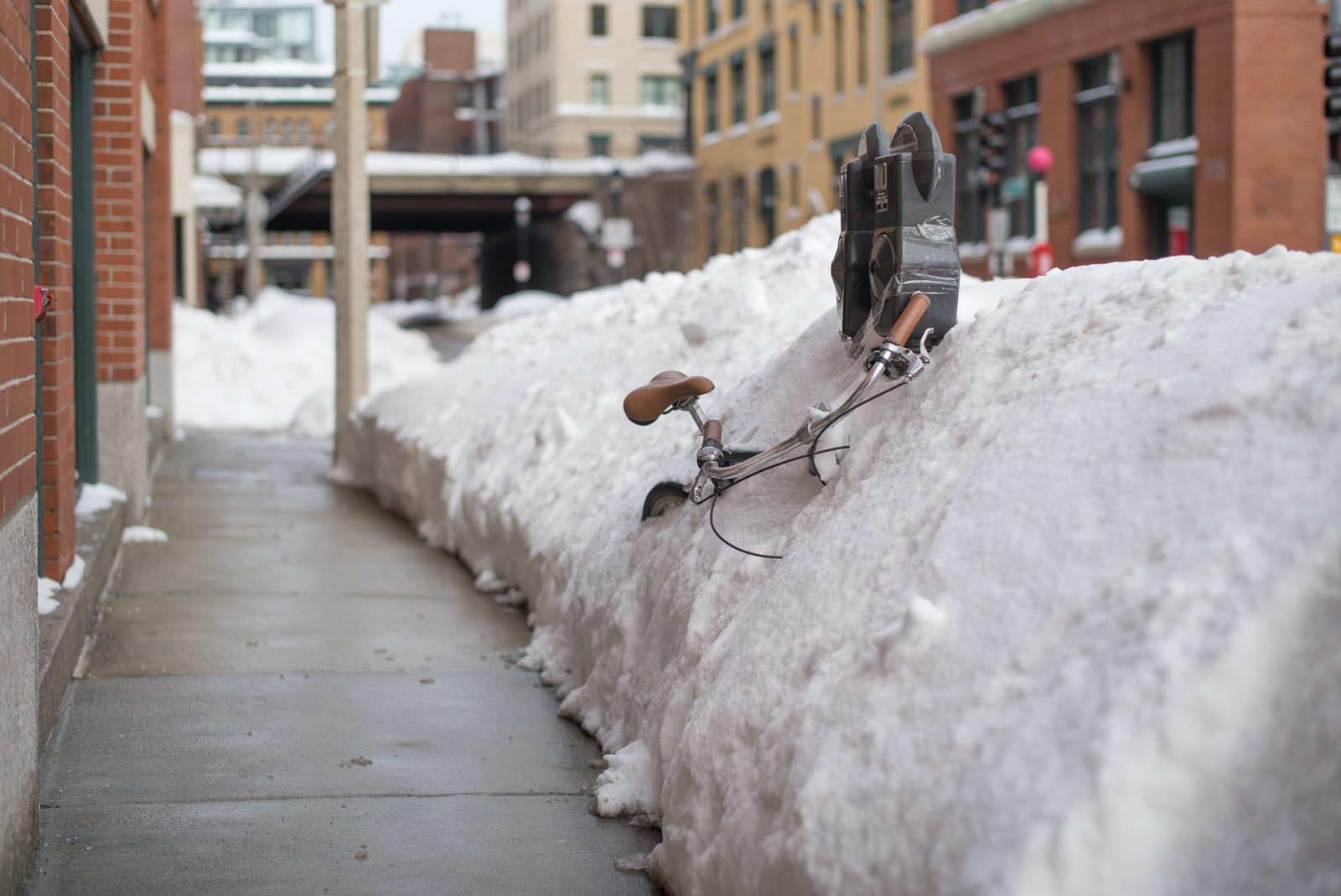 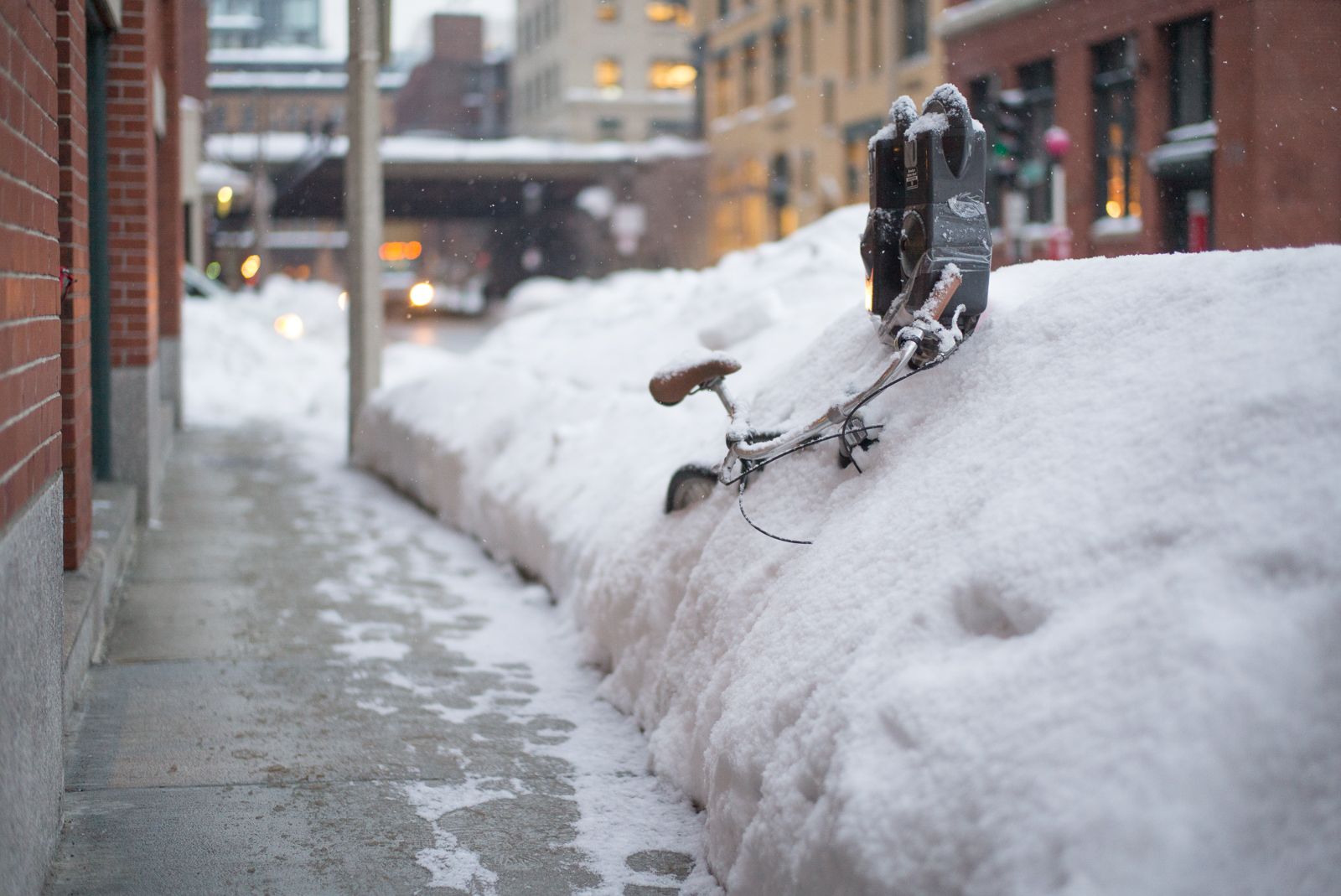 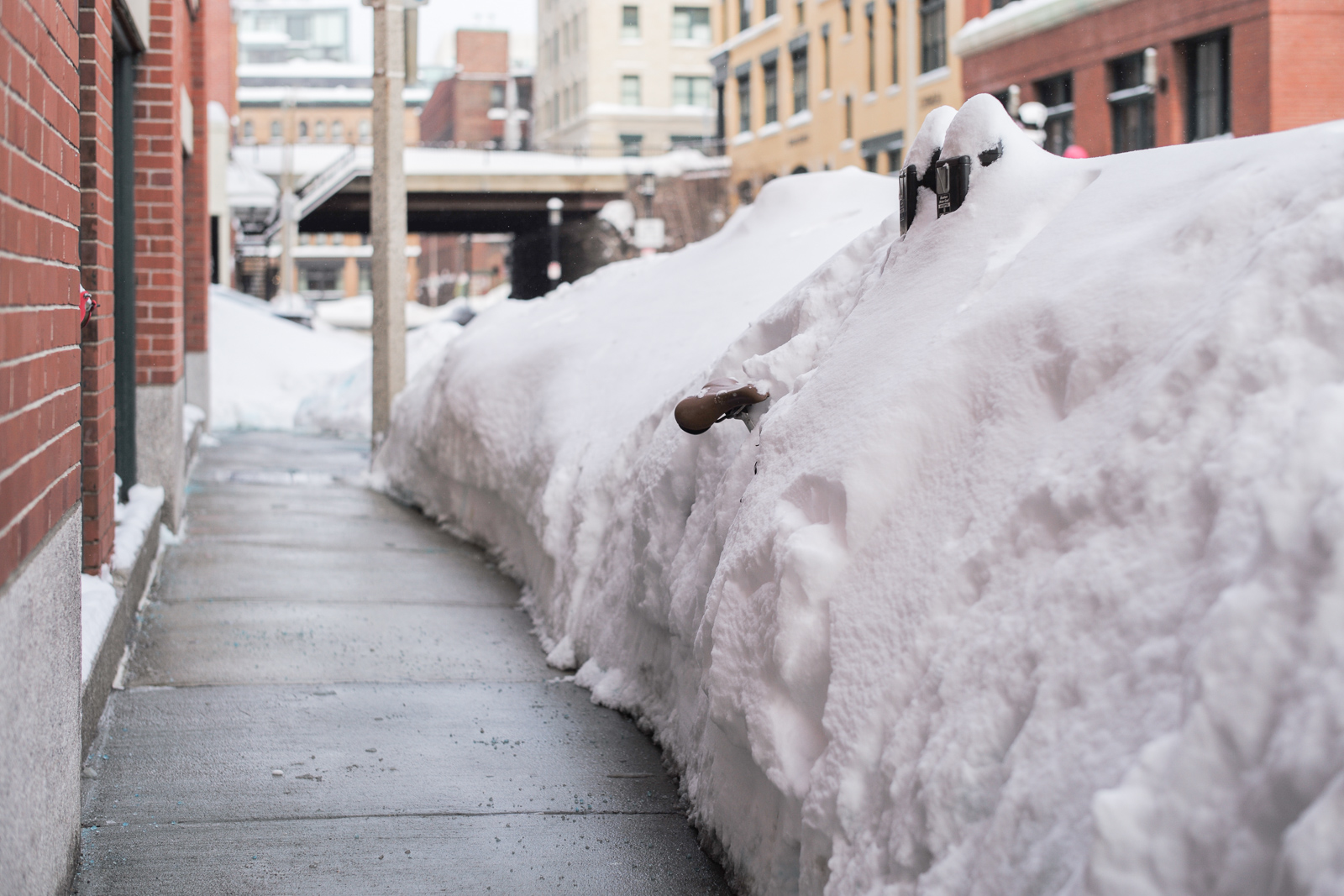 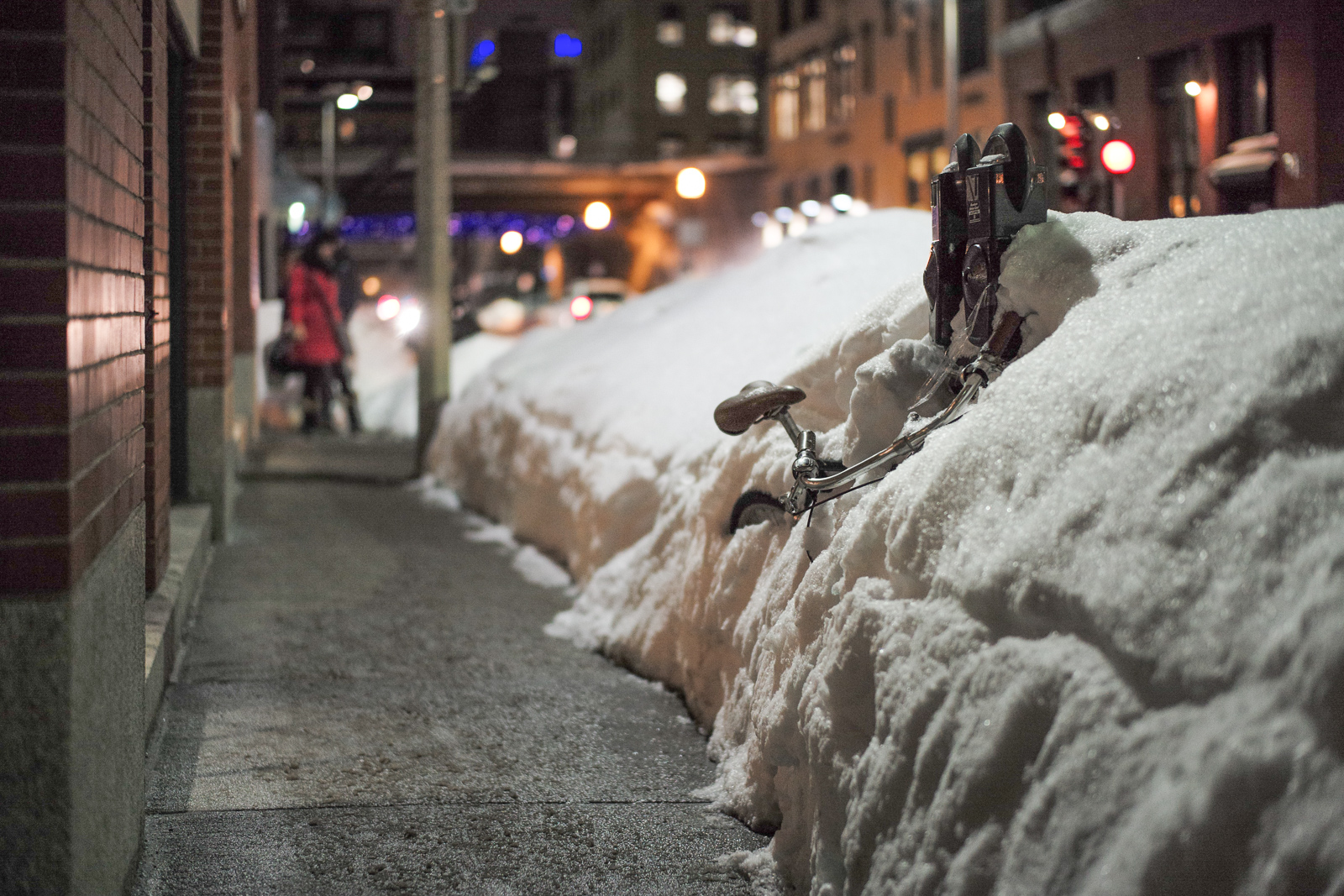 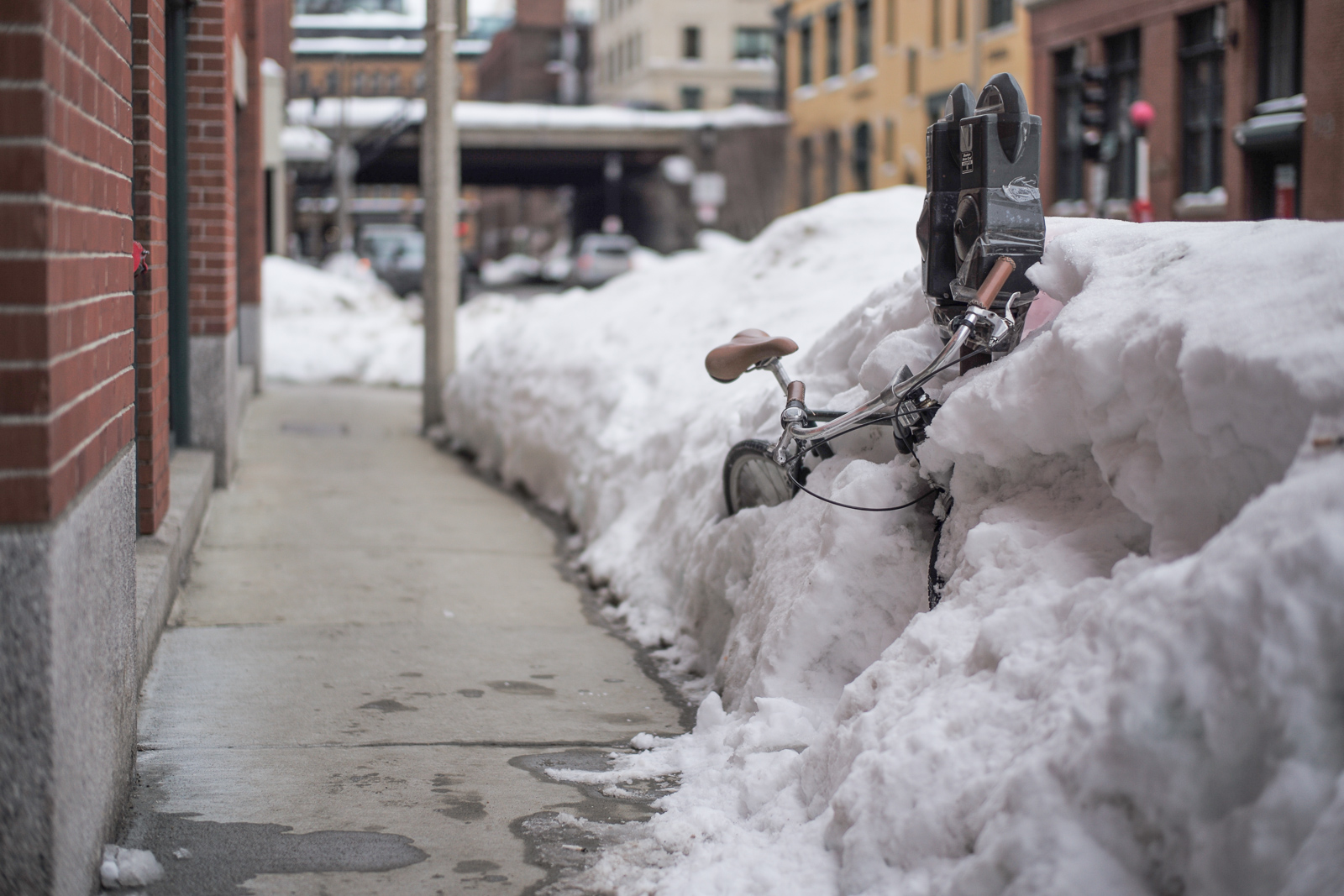 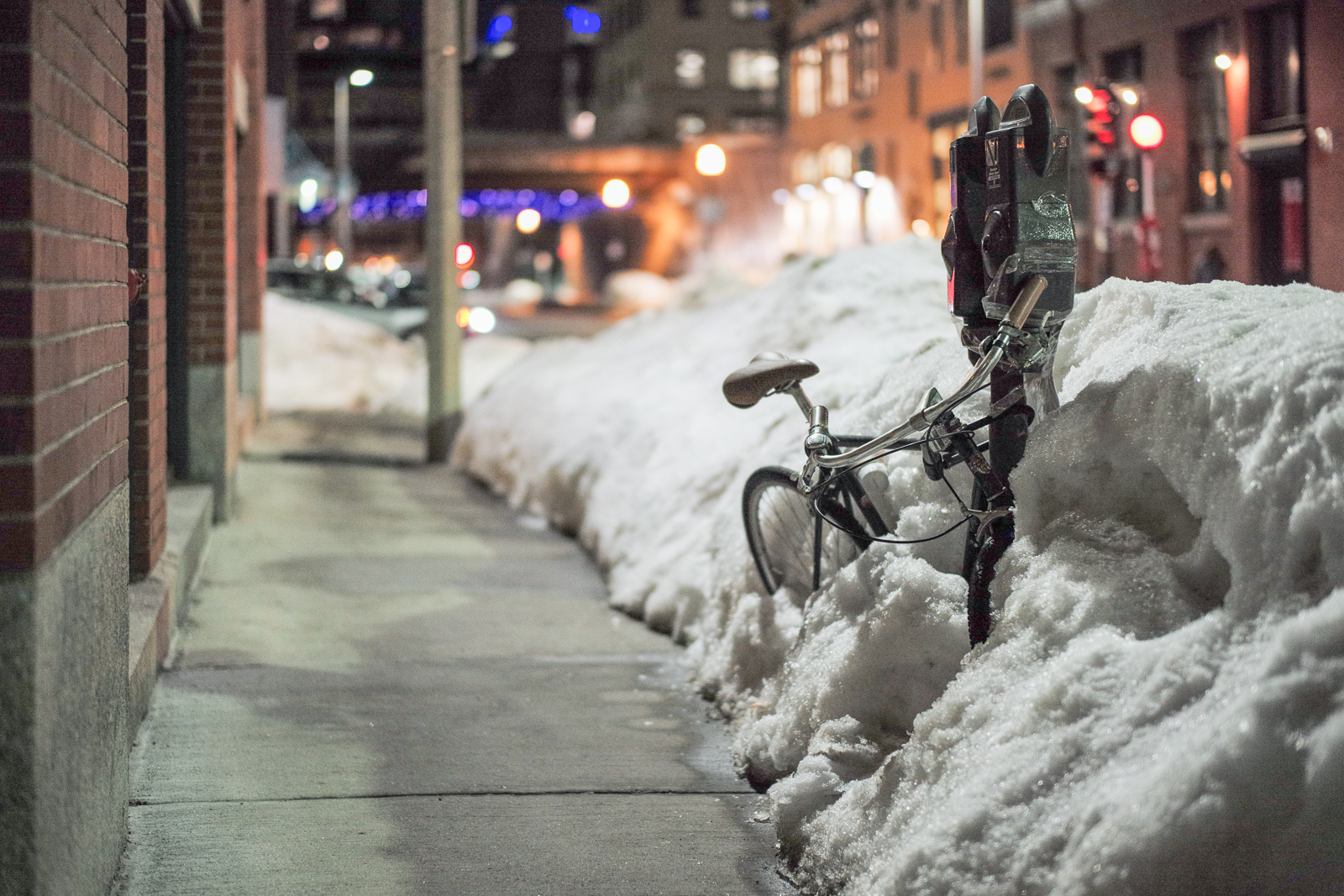 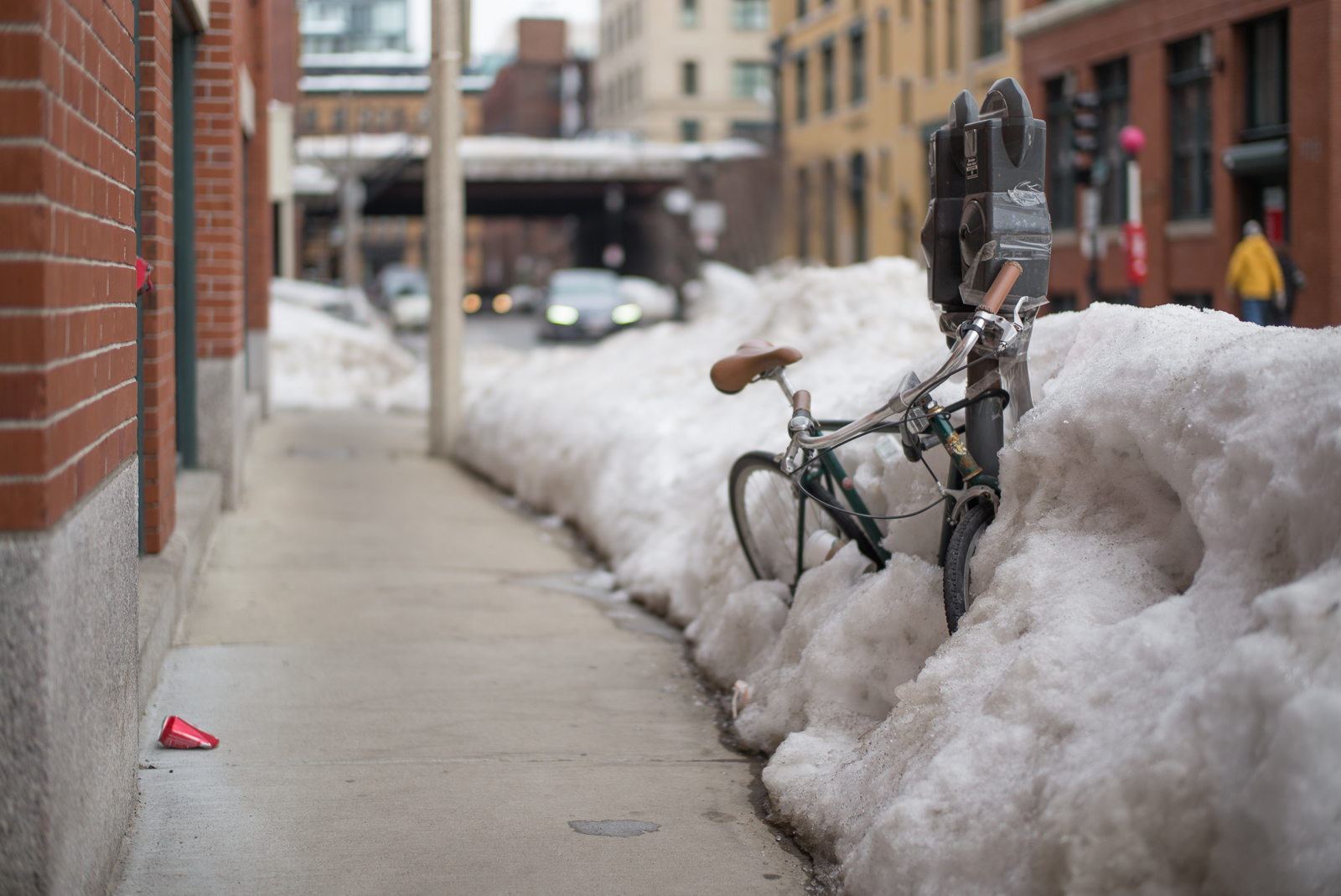 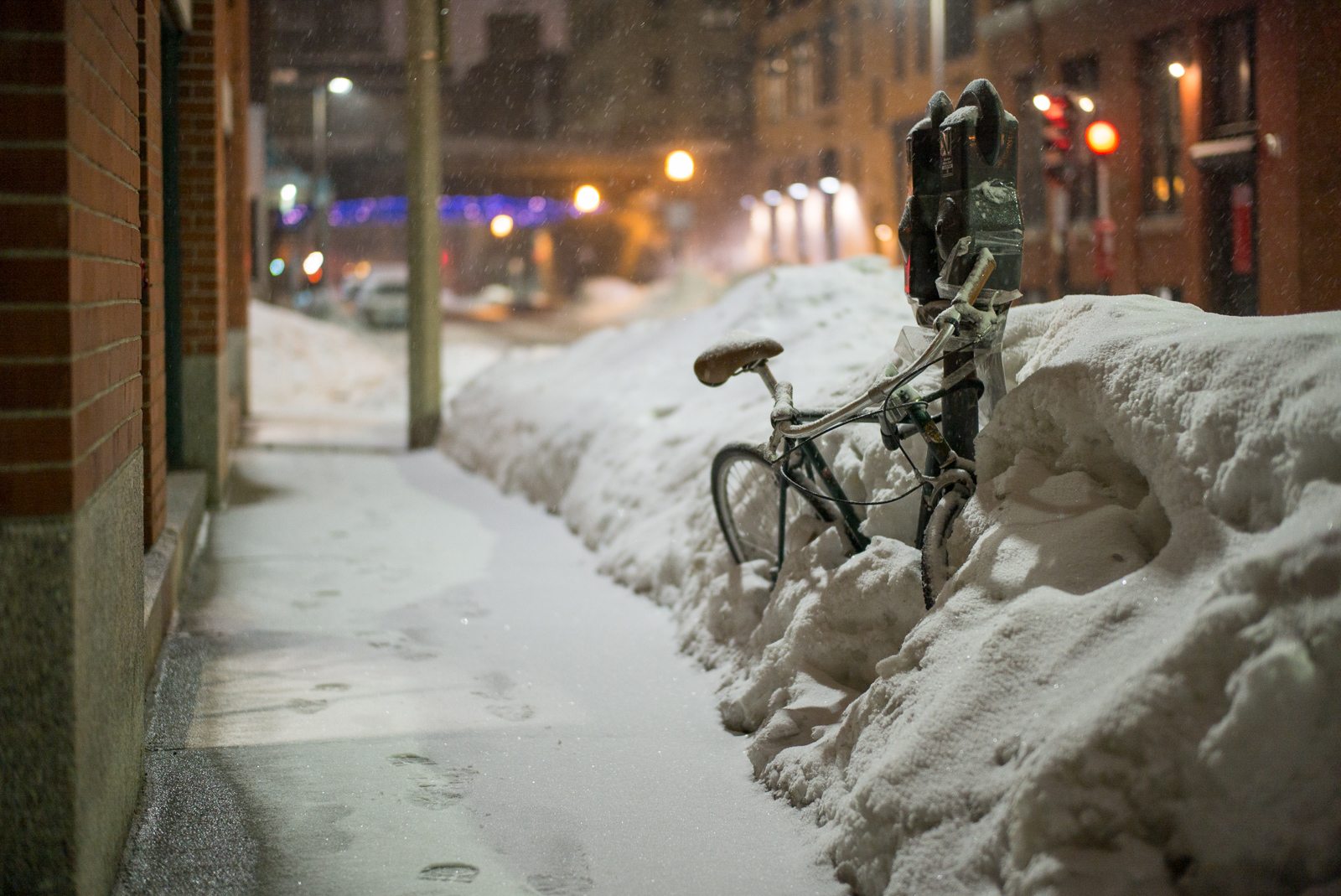 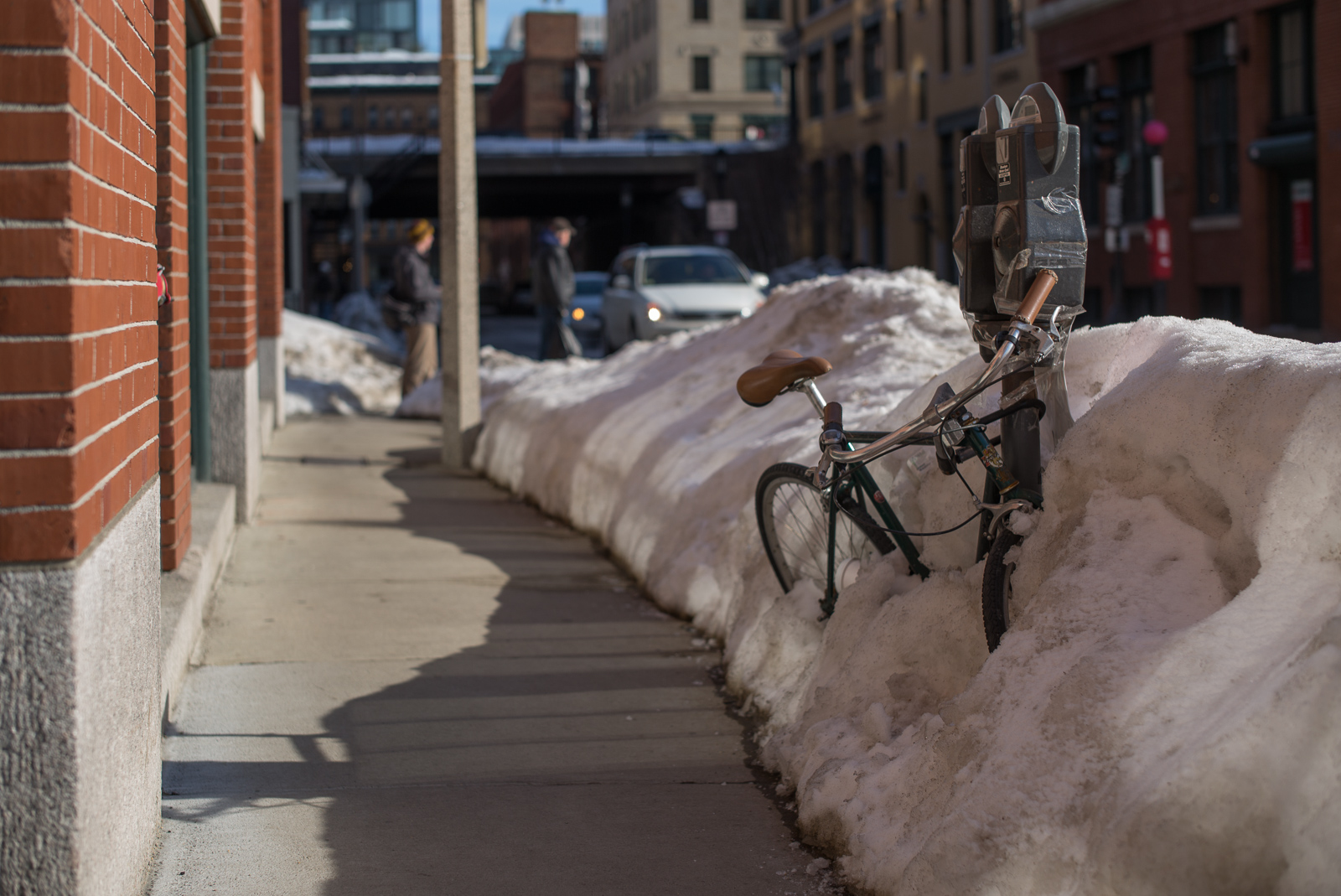 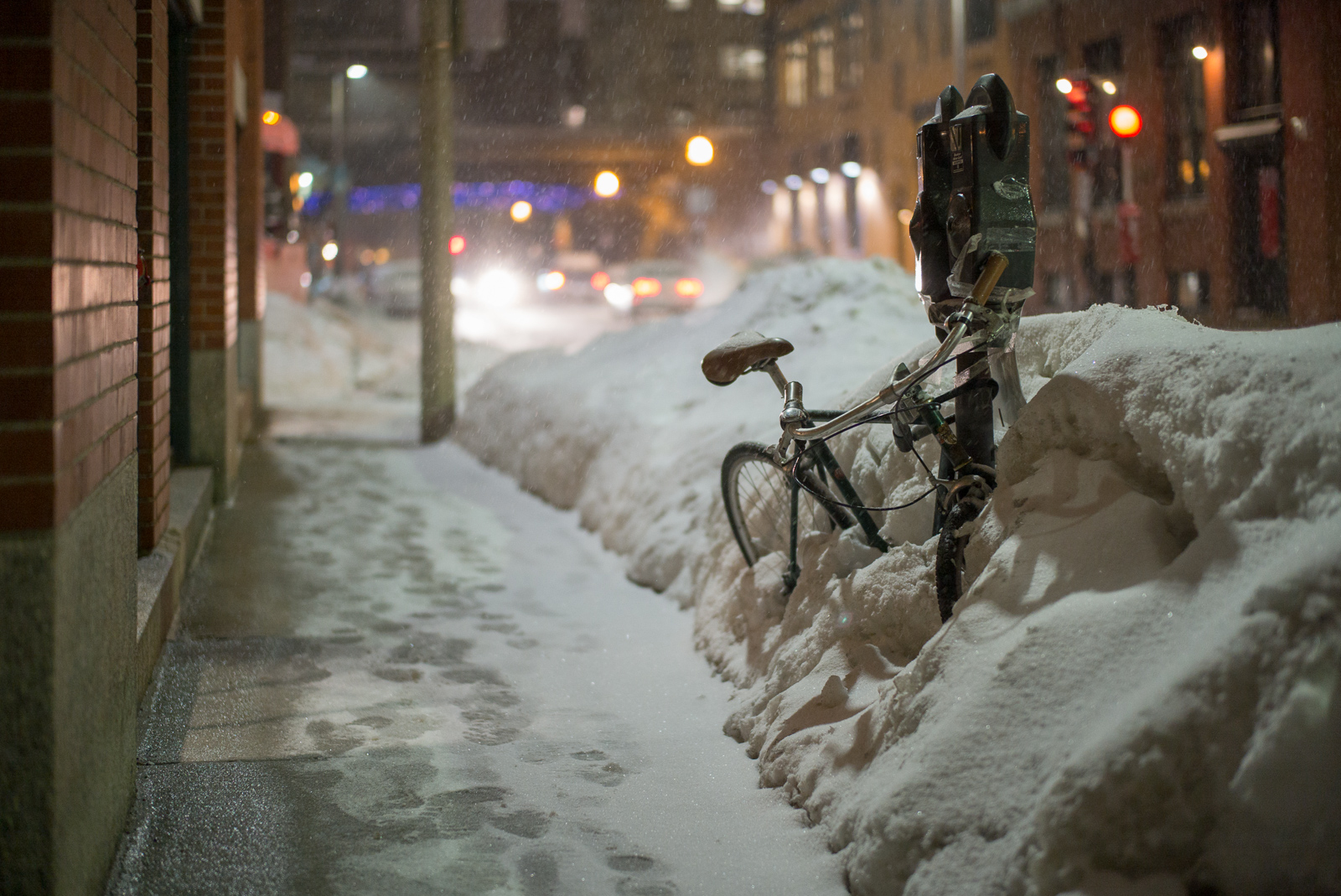 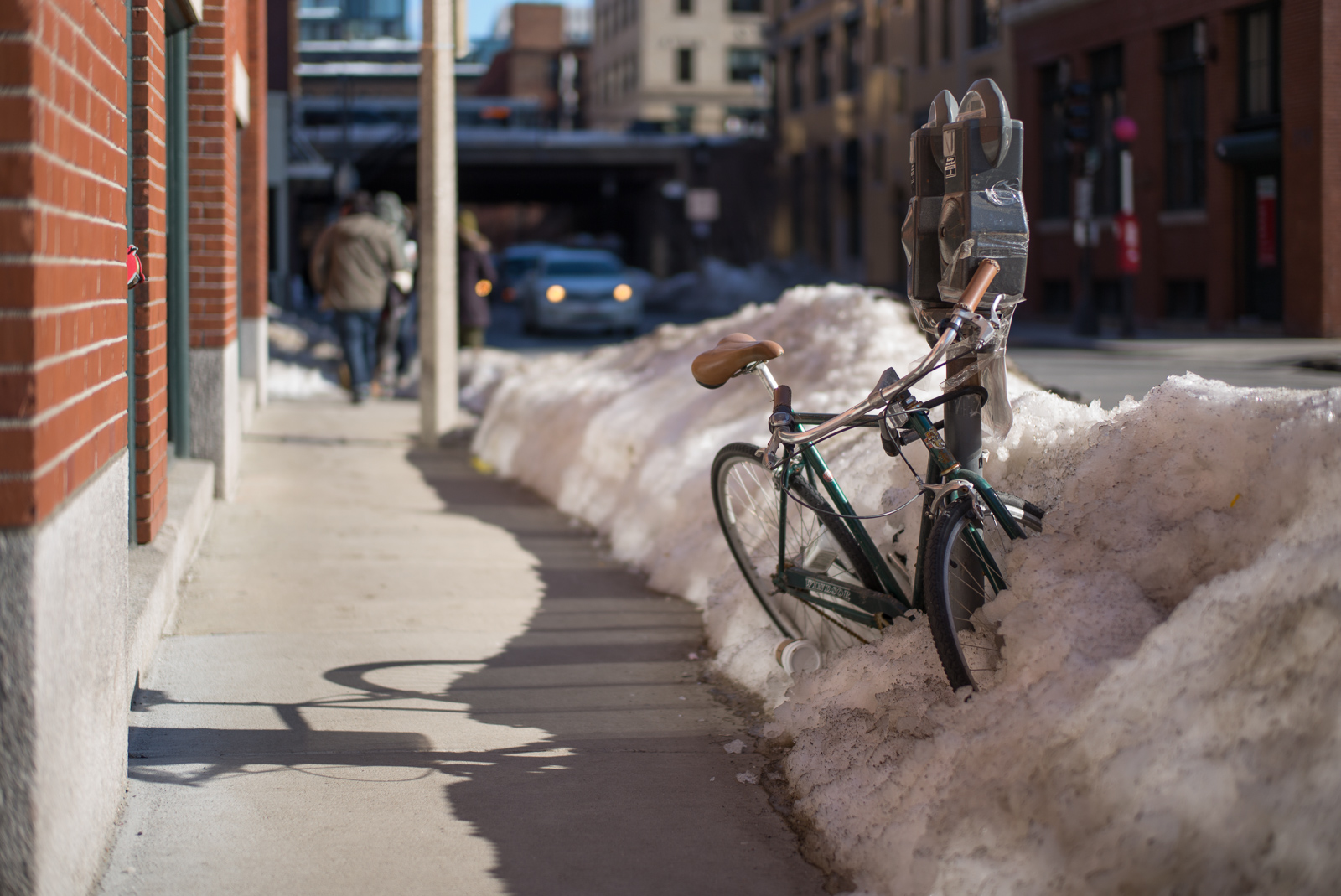 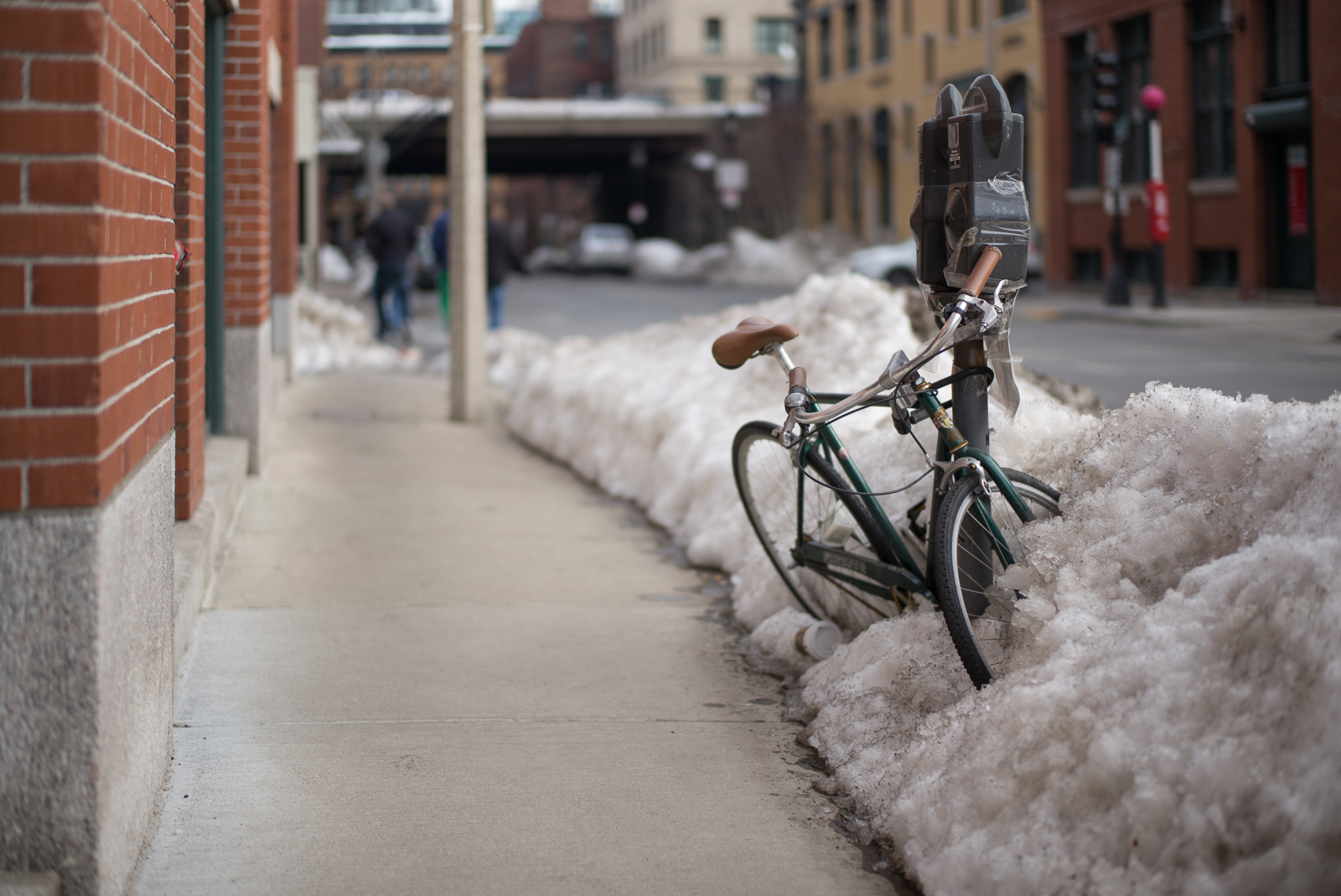 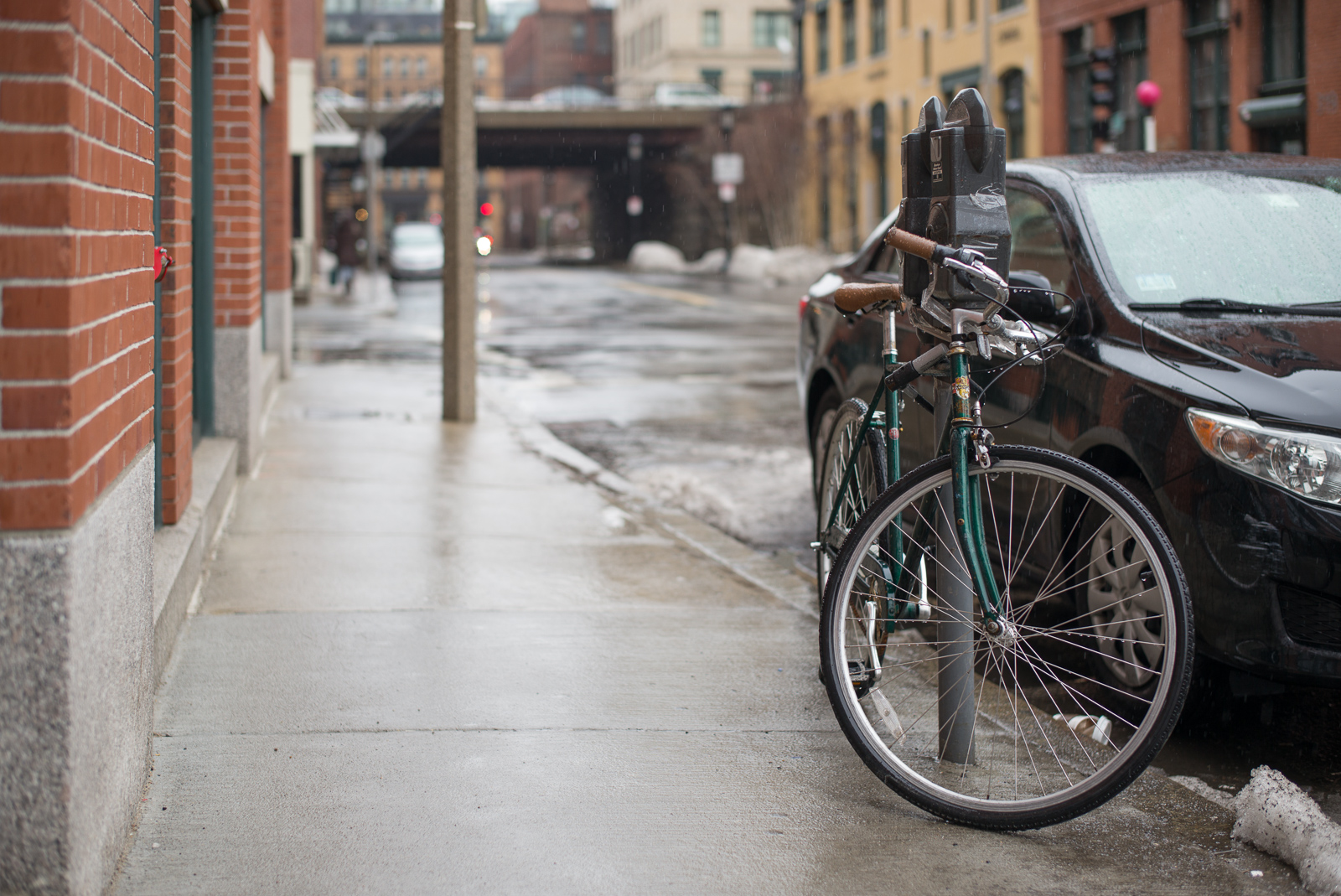 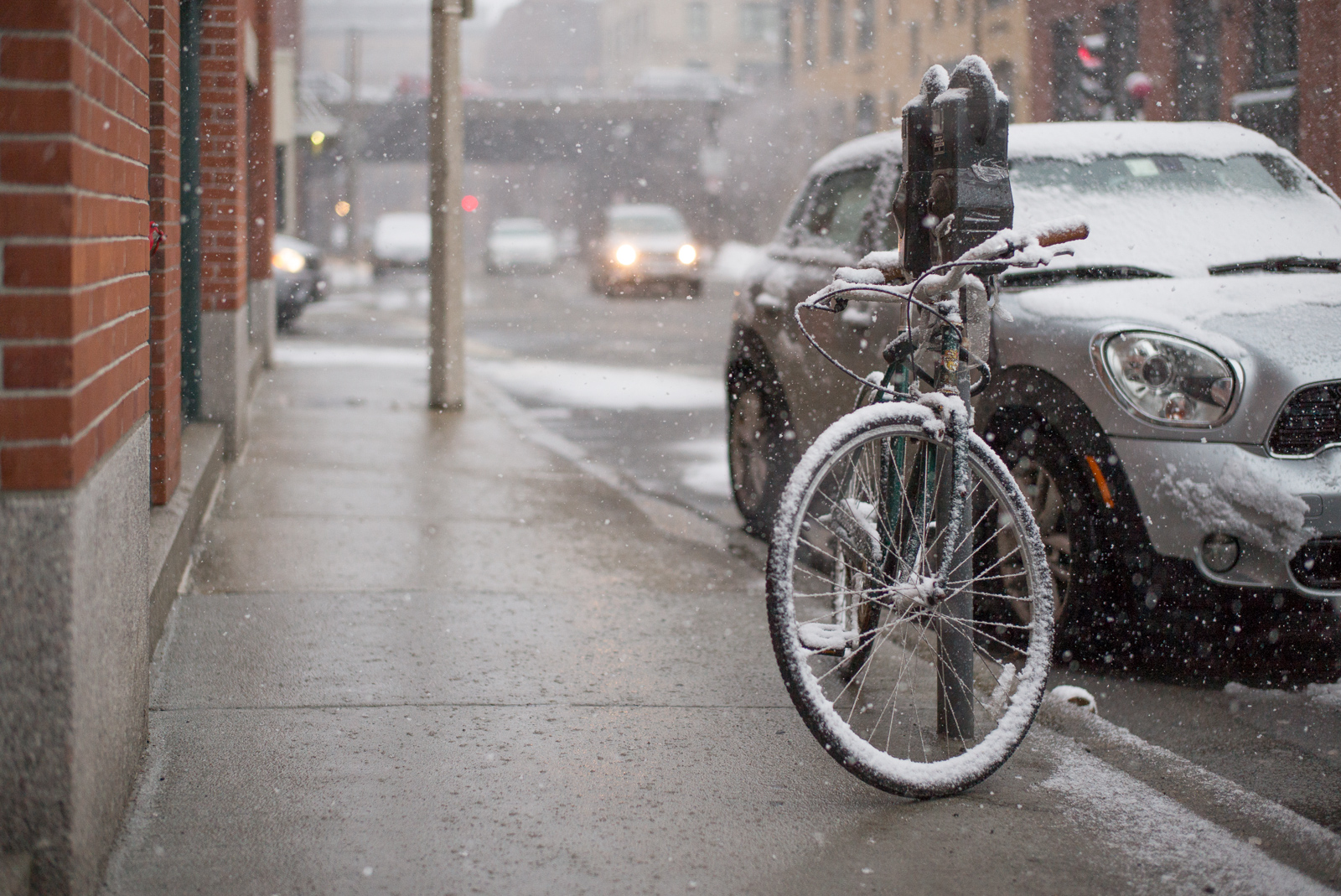 Winter is almost over but this series will continue until the snow has fully melted or the bike is gone.

PS One thing you may have noticed; They are pretty good in clearing the walkway at that spot. Often they were shoveling the whole night. Sometimes I wished for a winter wonderland and everything would be covered in snow. But this way it captures winter in the city without beautifying it. That works for me.