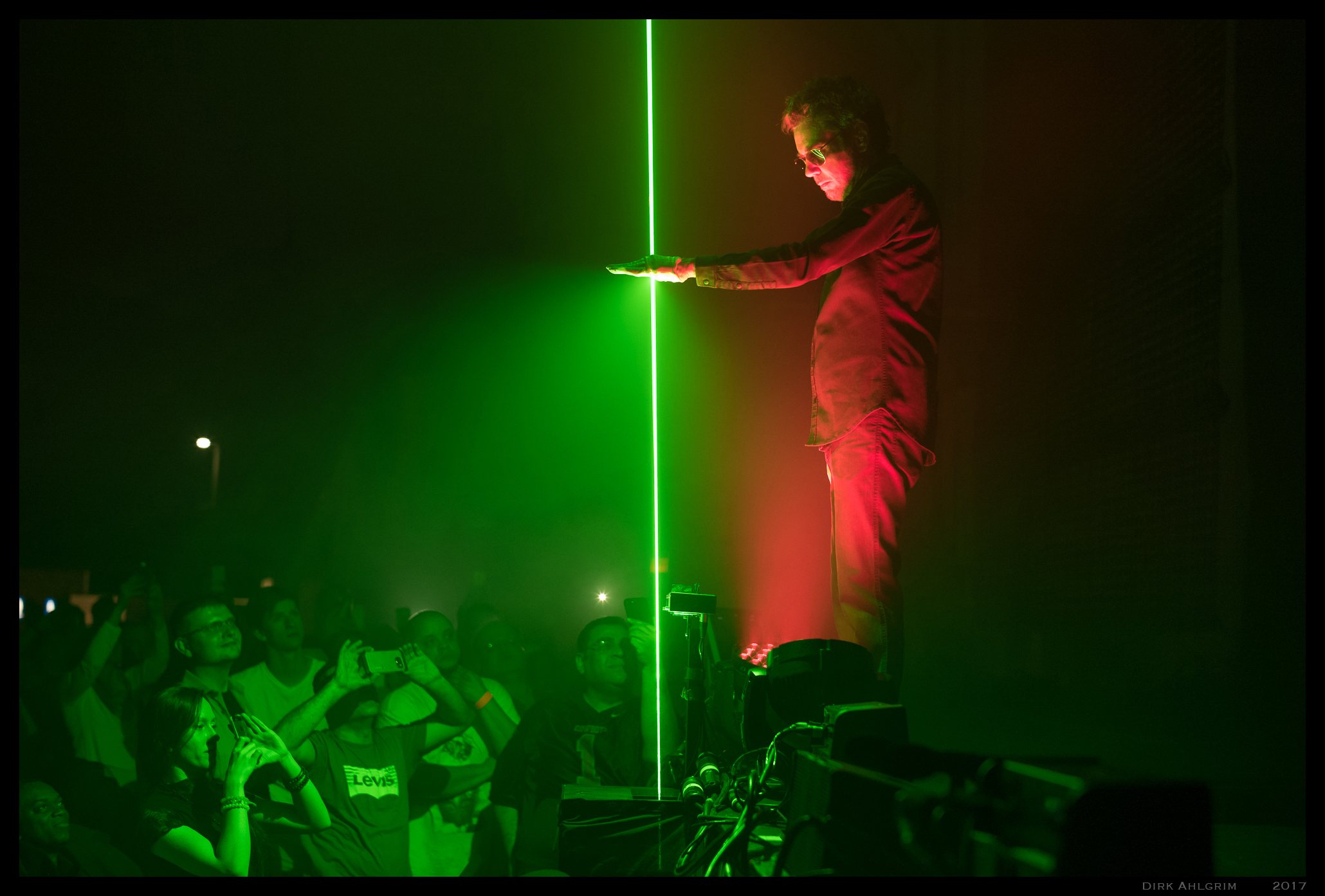 As a casual but frequent runner I like to explore my neighborhood on my feet. When I run I scout for interesting places, sights, events. Two nights ago I ran by a concert venue in the Boston Seaport district and I noticed that the event of the day was Jean-Michel Jarre. When I grew up in the 80s, JMJ was one of the megastars of the electronic music scene. As a Düsseldorfer, the hometown of Kraftwerk, I was immediately intrigued to check out this concert. So I ran home, took a shower, forgot to eat, but grabbed my M10 with a Leica 50mm Summilux lens. When I arrived the concert had just started but the ticket booths were all closed, only three security people were still at the gate. To my surprise they invited me over and handed me a free ticket. WOW. The concert was not sold out and that may have been a reason why they were trying to fill seats. While my ticket indicated a location somewhere on the mid-right side, I never actually searched for my seat. Instead I hovered around the aisle and slowly, with every photo that I took, made my way closer to the front until I finally ended up at the stage. I have to say that I enjoyed the concert, listening to his classic and new compositions, and seeing the energy that he brings to the stage. It was also a good test for my M10 and I was curious to figure out how it would perform in these challenging lighting conditions that would throw harsh contrast and ever changing light intensities at the camera. Overall it performed well. One thing that easily happens at concerts is getting blown out highlights, and the M10 is known for being sensitive to that. But I checked my exposure frequently and had the camera in full manual setting. I pushed the shadows in post a bit and I really enjoyed not seeing any streaks in the dark areas. That was something I knew from my M240. But the M10 seems to add fine grain but no horizontal streaks, which could quickly ruin an image. My favorite image from that night is the first one in this set. I like how the laser seems to separate the green from the red area and there is a hint of calmness in that scene. There was only one moment, when JMJ got really close to the lens, that I wish I had autofocus. But it is not the camera’s fault that the image turned out to be blurred. It was the fault of that slow guy behind the lens. D!RK 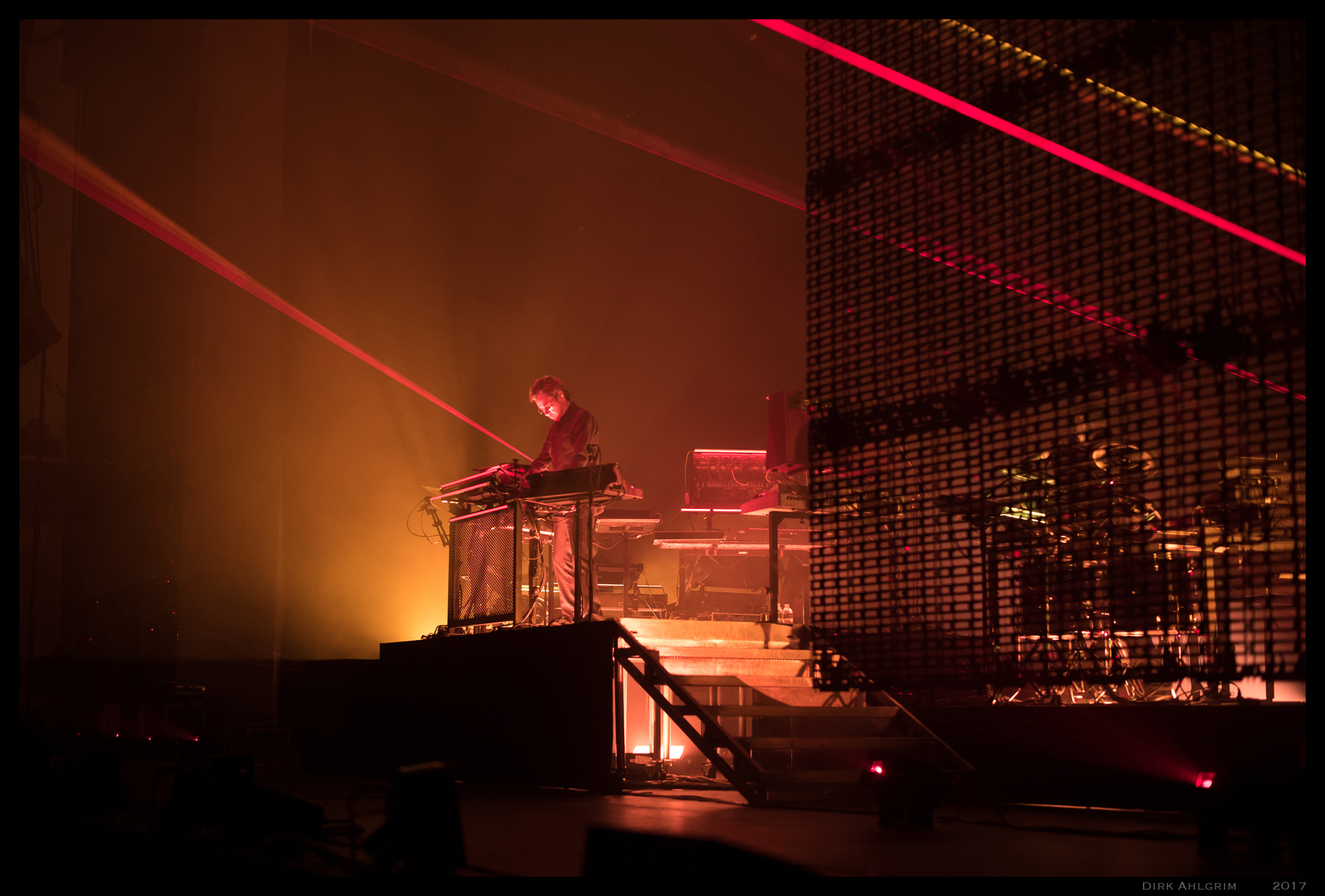 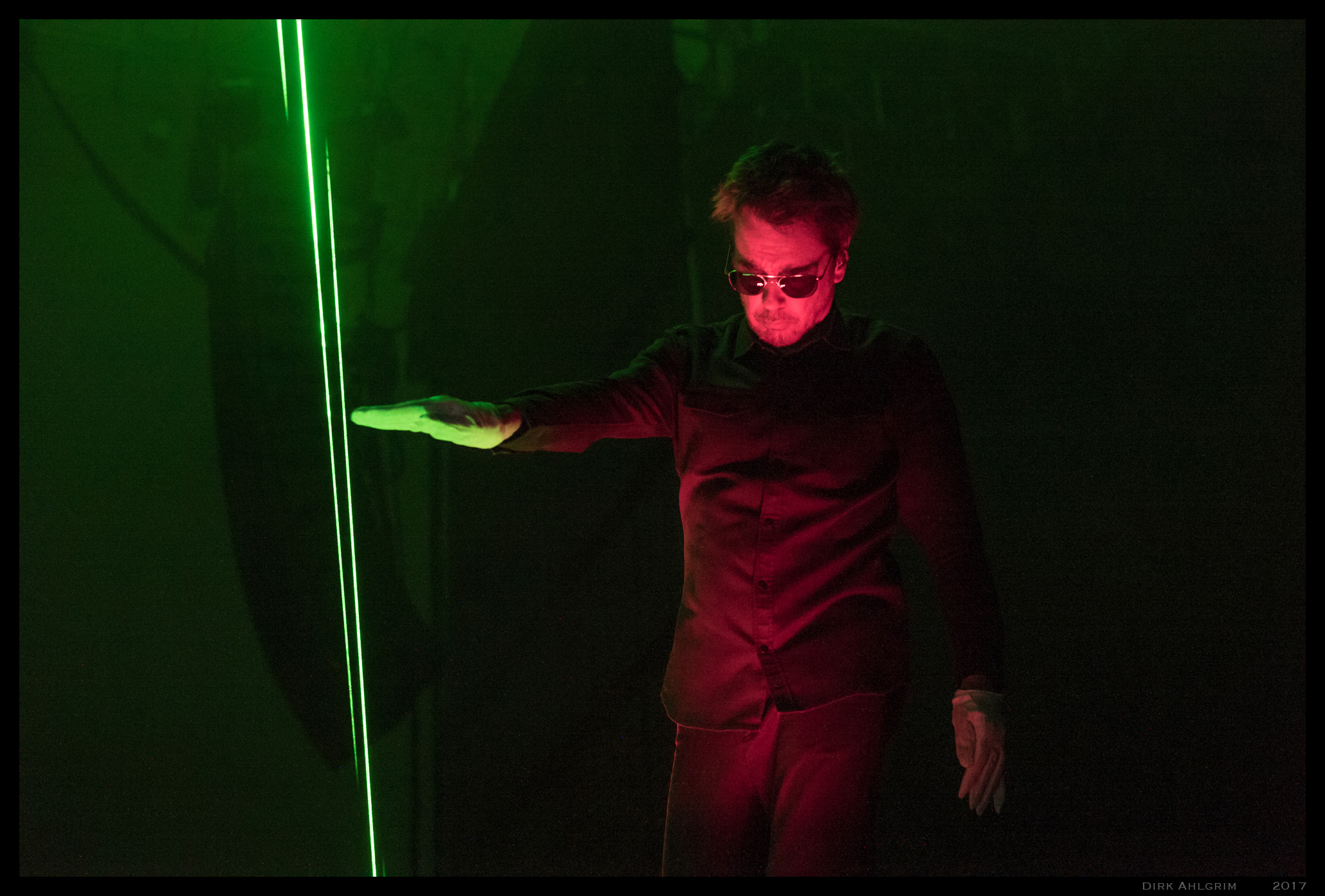 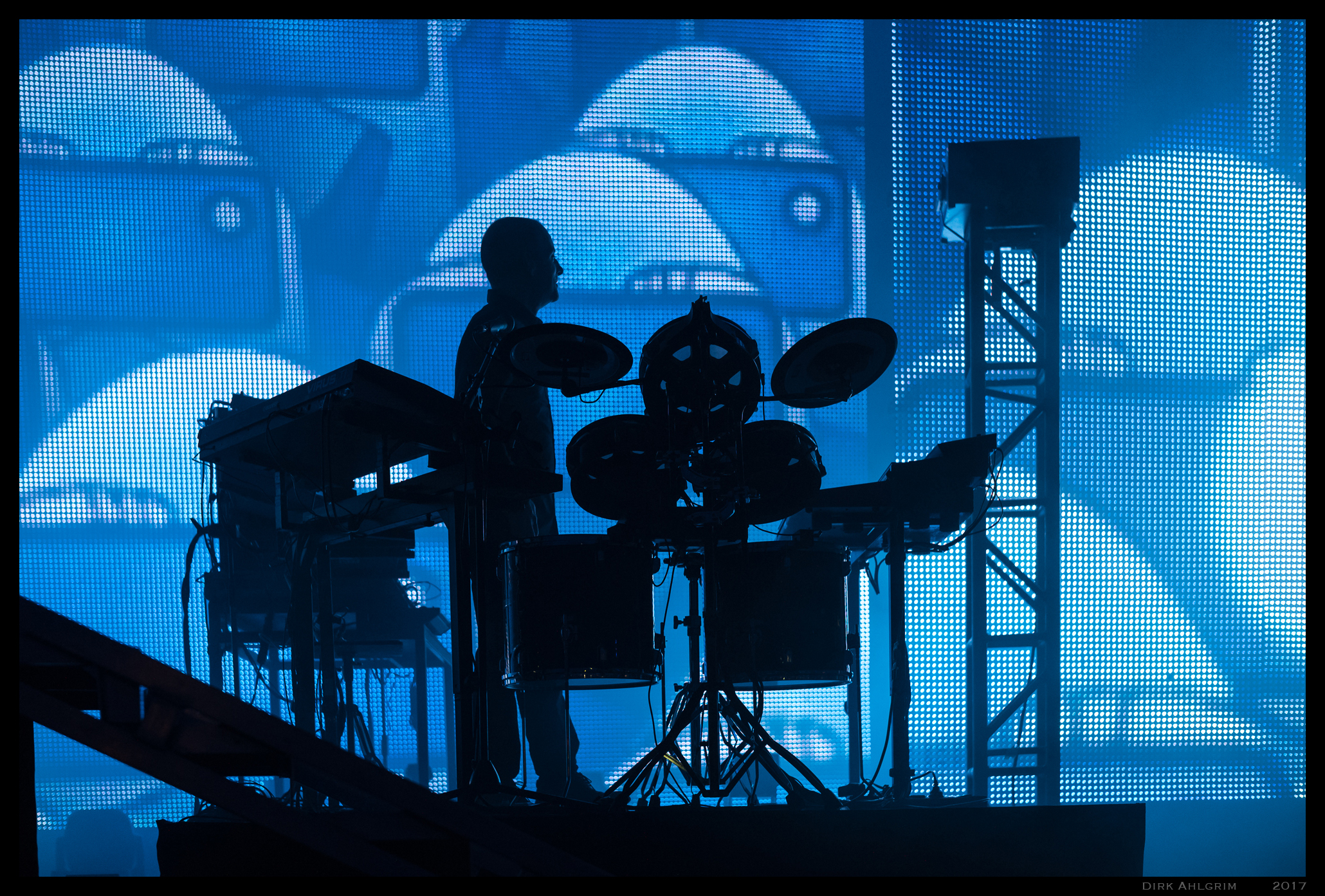 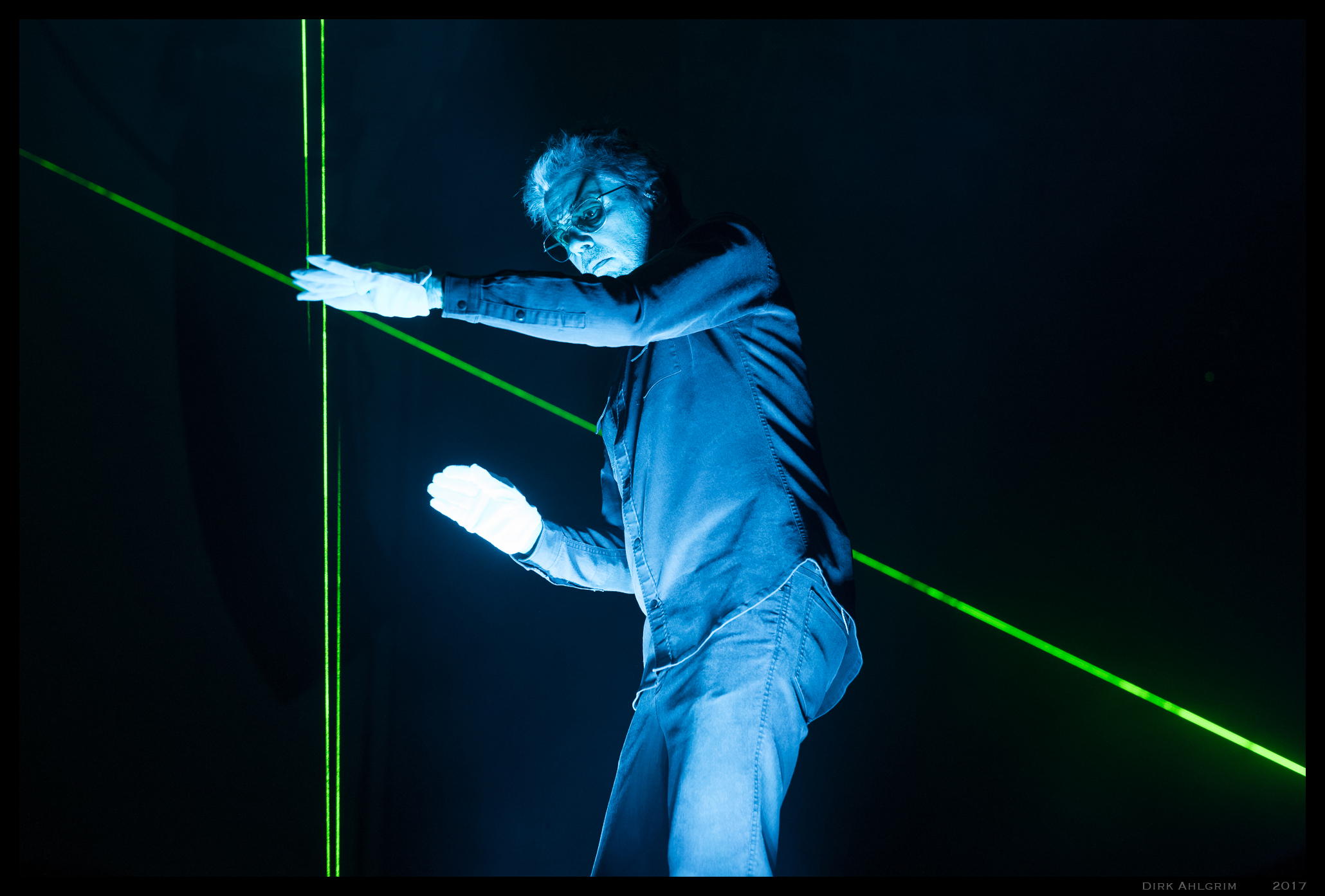 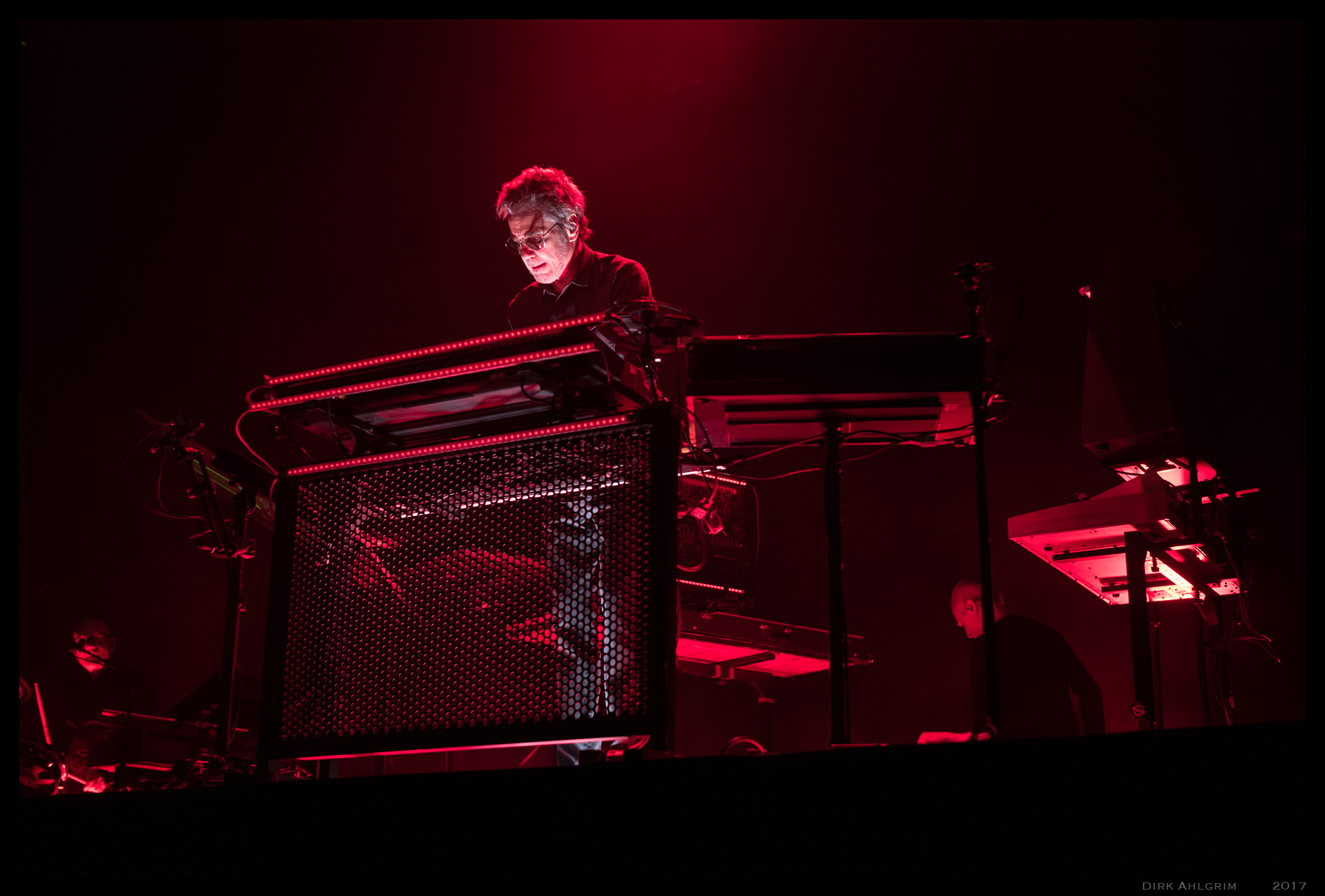 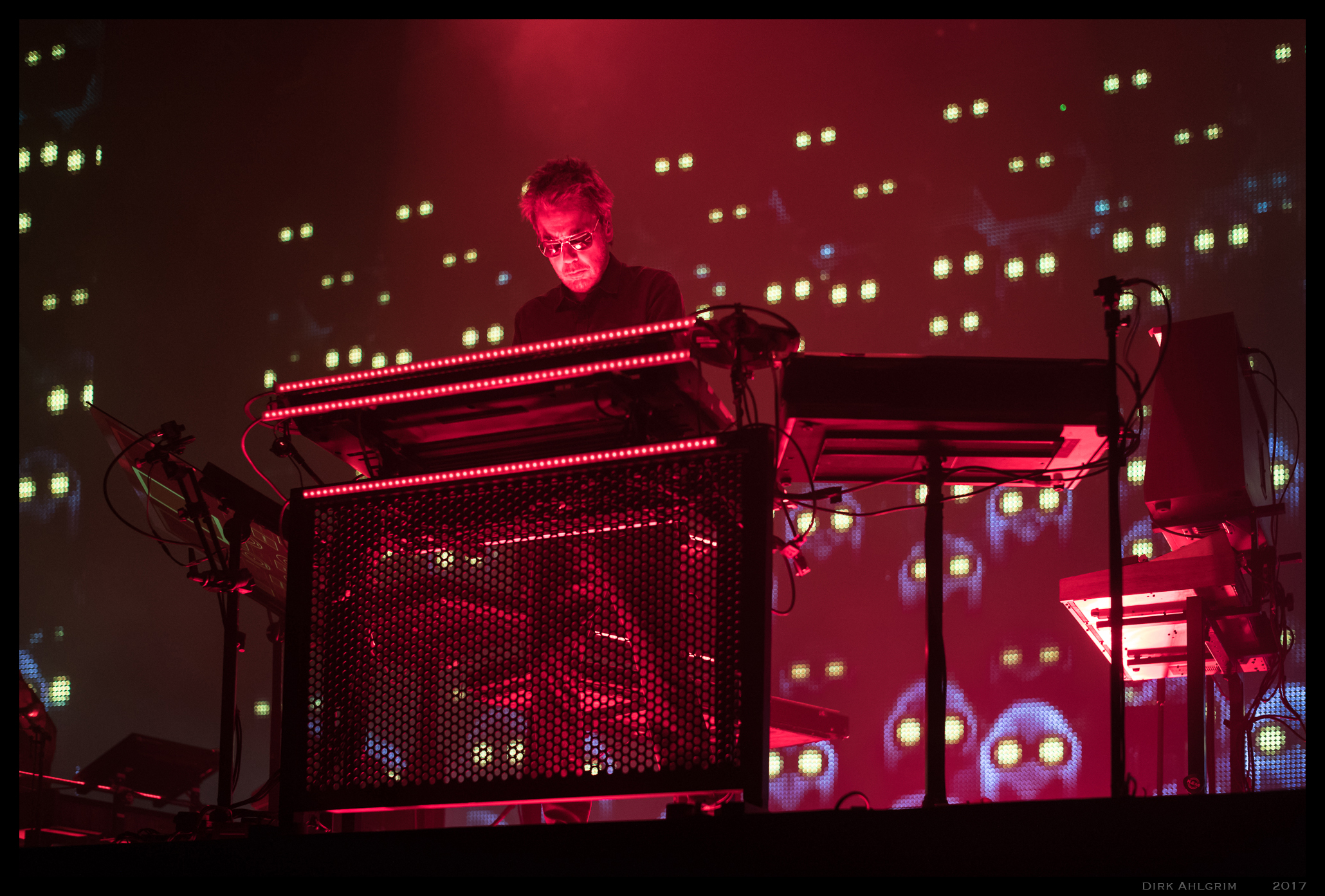 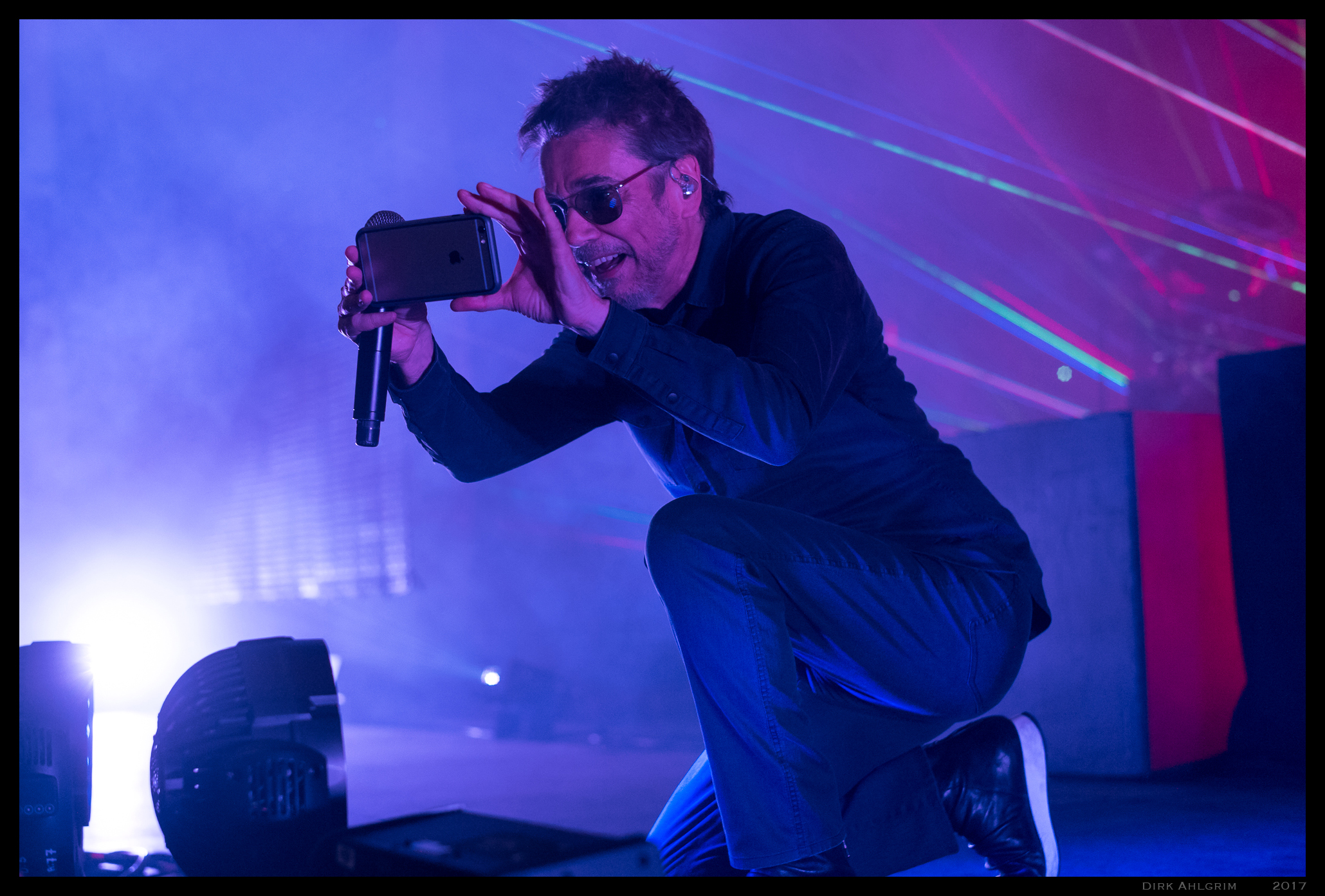 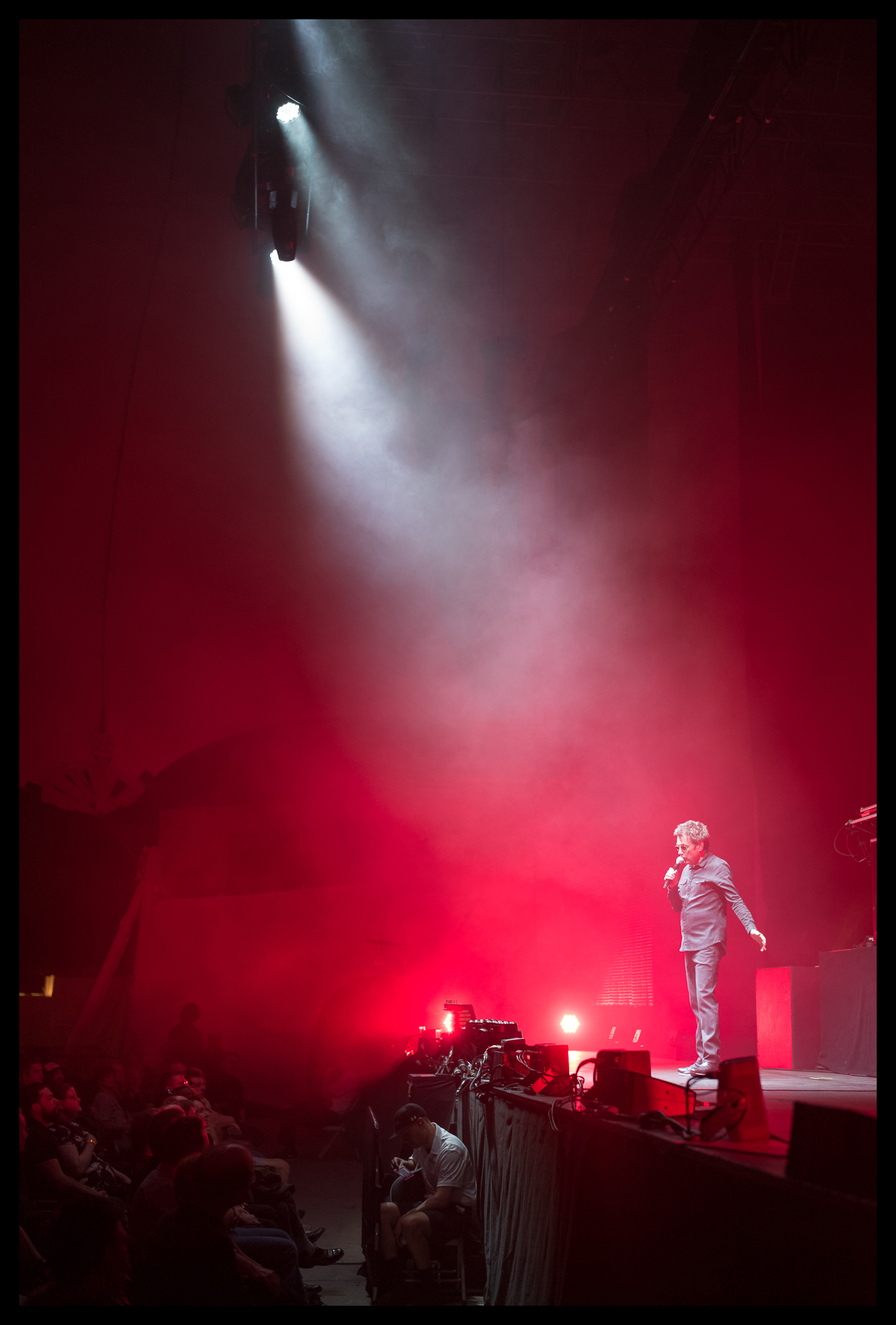 PS In case you were wondering what he was going with the light. He played tunes by interrupting the beam and modulated it by changing the distance to the light source.