If you live in Cambridge, MA you may know the Trader Joe on Memorial Drive. You might have seen its mural on the side of the building. It was created in Summer 2005, maybe 2006. One day I walked by and saw the painter working on this wall. I liked that contrast of colors, scaffolding, and people. I decided to photograph it but I needed a day without sunshine and without cars blocking the parking spots. One Saturday morning I walked by and found a spot right in the center in front of the mural. It was a nice overcast day. I used a 5×7 Canham loaded with Fuji Provia film. The resolution that you get from that film size is just incredible. While I was setting up the camera the painter started talking to a woman who showed up at the scene. They talked for a while and then she sat down with her dog standing right next to her. She didn’t even look at me and my fairly large setup. At that point I didn’t really know if I wanted her in my photo or not. The sun started to come out and I decided to take a shot with her. I was just waiting for the right moment without really knowing what that would be. Then the dog sat down and I exposed the film. 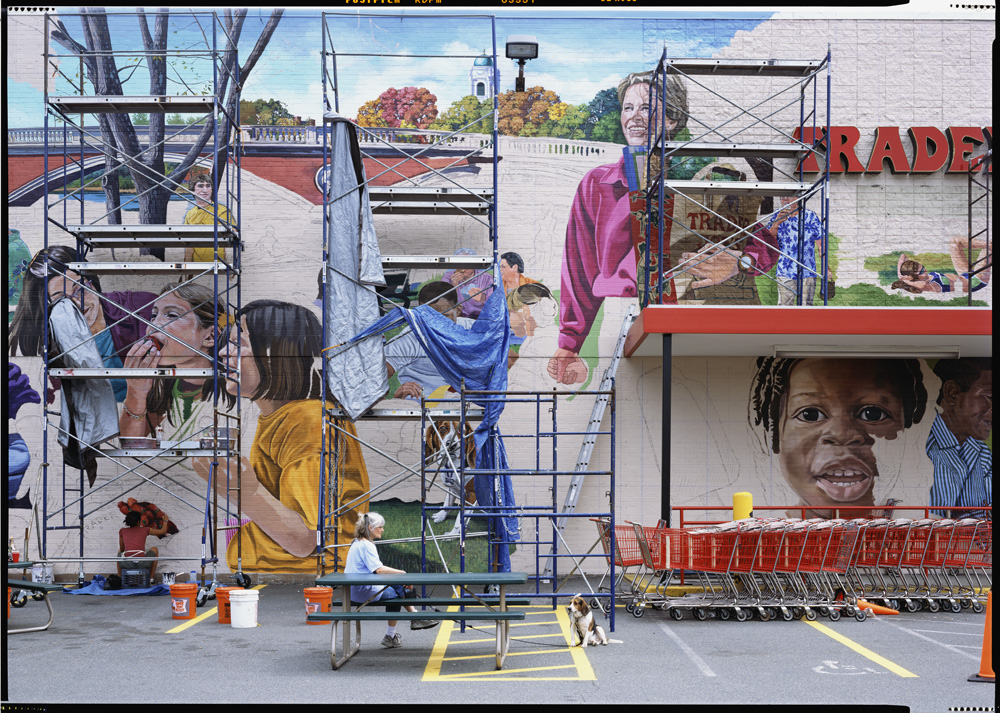 Seconds later her husband came out of the store with some bags and they disappeared. That was it. A few days later I looked at the slide and noticed a dog in the mural. I looked at it closely and realized that the dog in the painting is the same that is sitting in front of it. It has he same coloration and the same tag around his neck. It almost has the same posture.
That is the beauty of large format. You discover elements over time that you would not see in regular photos. 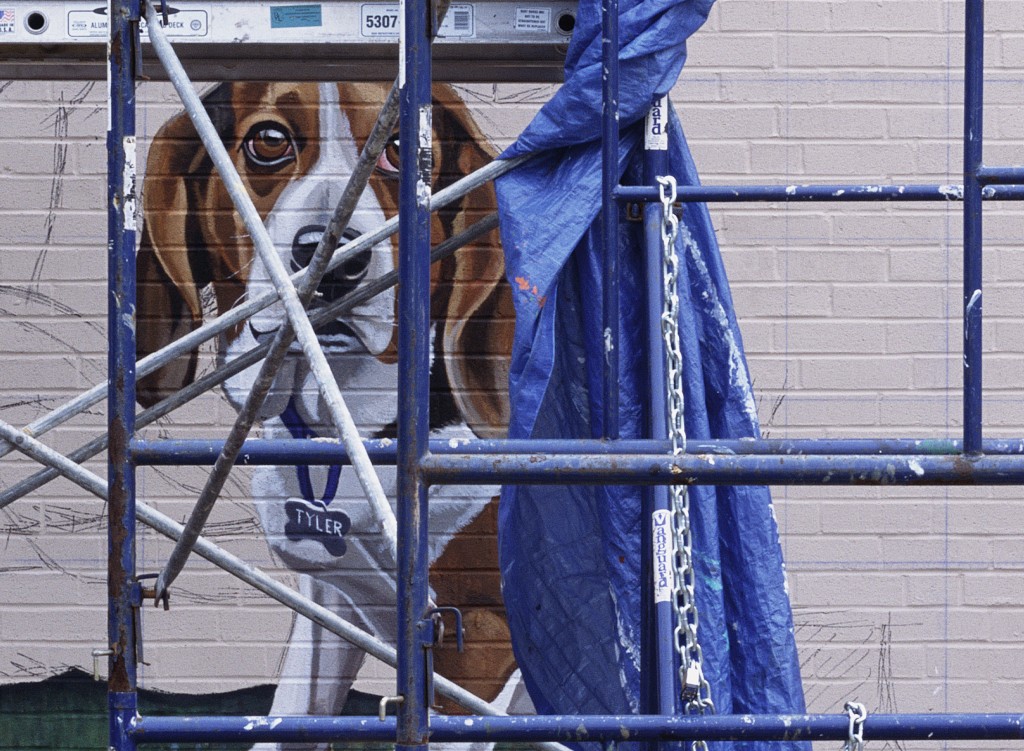 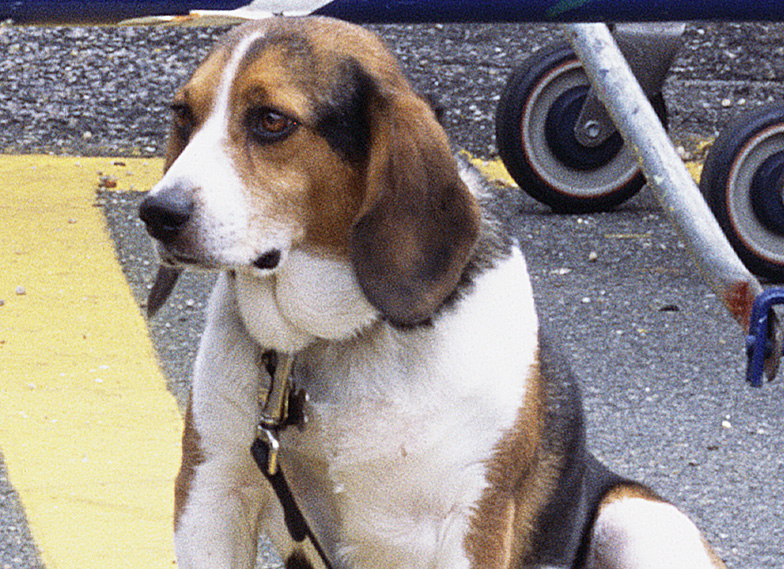 Not that this makes the photo a much better photo. I know some friends who don’t like that photo at all. To me it adds a small detail to that image. Sometimes you look at a scene and suddenly the moment feels right to push the shutter. That happened when the dog sat down. I wonder if my brain had already noticed the dog in the background and when the other dog closely aligned, suddenly it all seemed to match. Sadly they don’t look into the same direction.