During the mid 90ies I did not take a lot of photos. I owned a Canon AE1 P which I got as a Holiday gift in 1984. Somehow I did not feel the urge to pick it up and use it. While neglecting photography as a craft, it occasionally crossed my path as a design challenge. Digital photography was still in its first steps. I did a few sketches around potential camera systems that would use digital image sensors. I remember looking into the Yellow Pages (Yes, the web was just forming its structure in Germany) to find photo studios that used digital cameras on a daily basis. I discovered three in Germany and went to two for  design inspiration.

This Saturday I found a few old CDs. These were my backup CDs from college. I realized that 80% were not readable anymore. Not sure if it is because of the CD or today’s software. So I started to dig deeper into my dusty tech box and found a hard drive. Luckily it had all files stored on it, which I immediately copied to my photo drive. While copying images I found my old camera sketches from back then. Here are a few that I feel comfortable sharing. They are very technical, with a slight lack of photography poetry.

This first one is bundle camera. Lens/sensor, viewfinder, flash, shutter are all separate pieces. You bundle them to your desired configuration. At that time I had no clue how to wirelessly connect these elements. 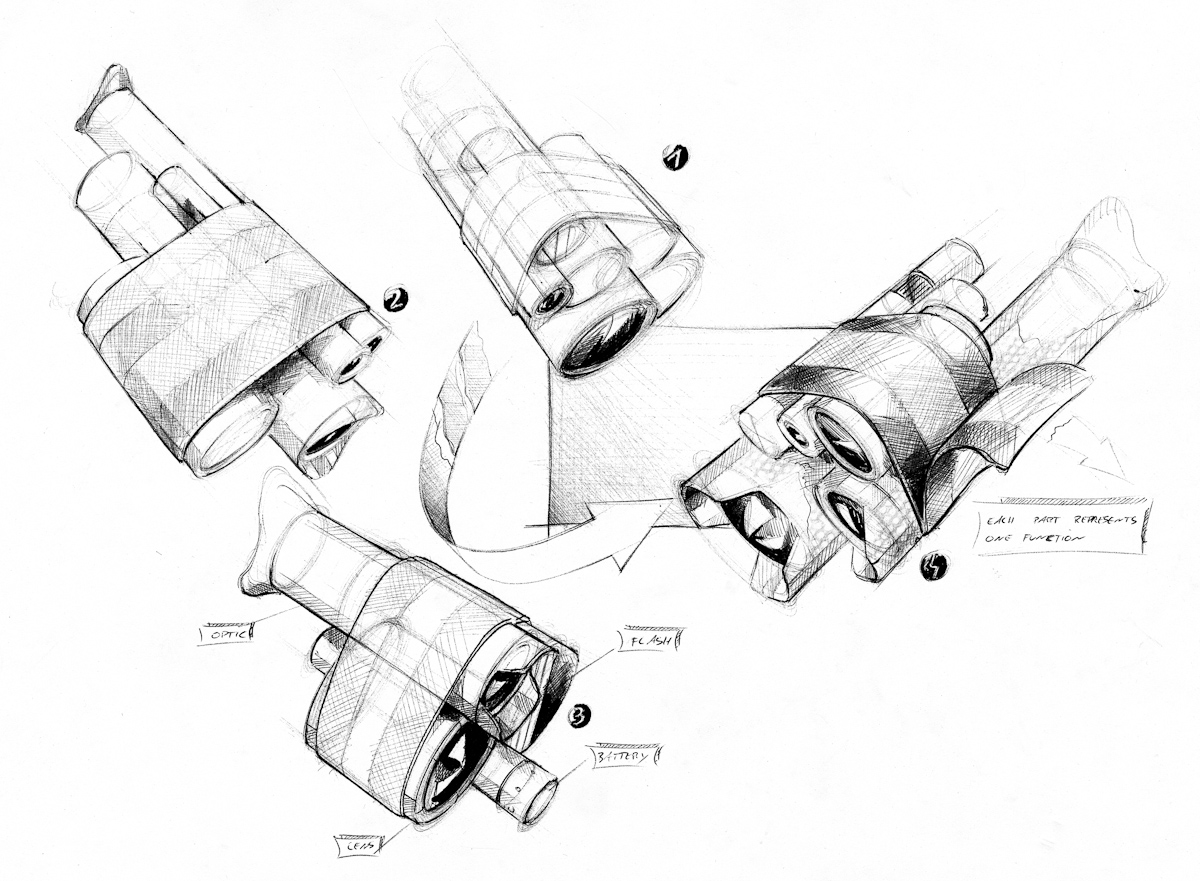 The next concept I really liked. At that time I was a big fan of the Hasselblad V system. I wished that some day a digital version would be possible. If so, it needed an angled screen, large enough to replace the waist level viewfinder. 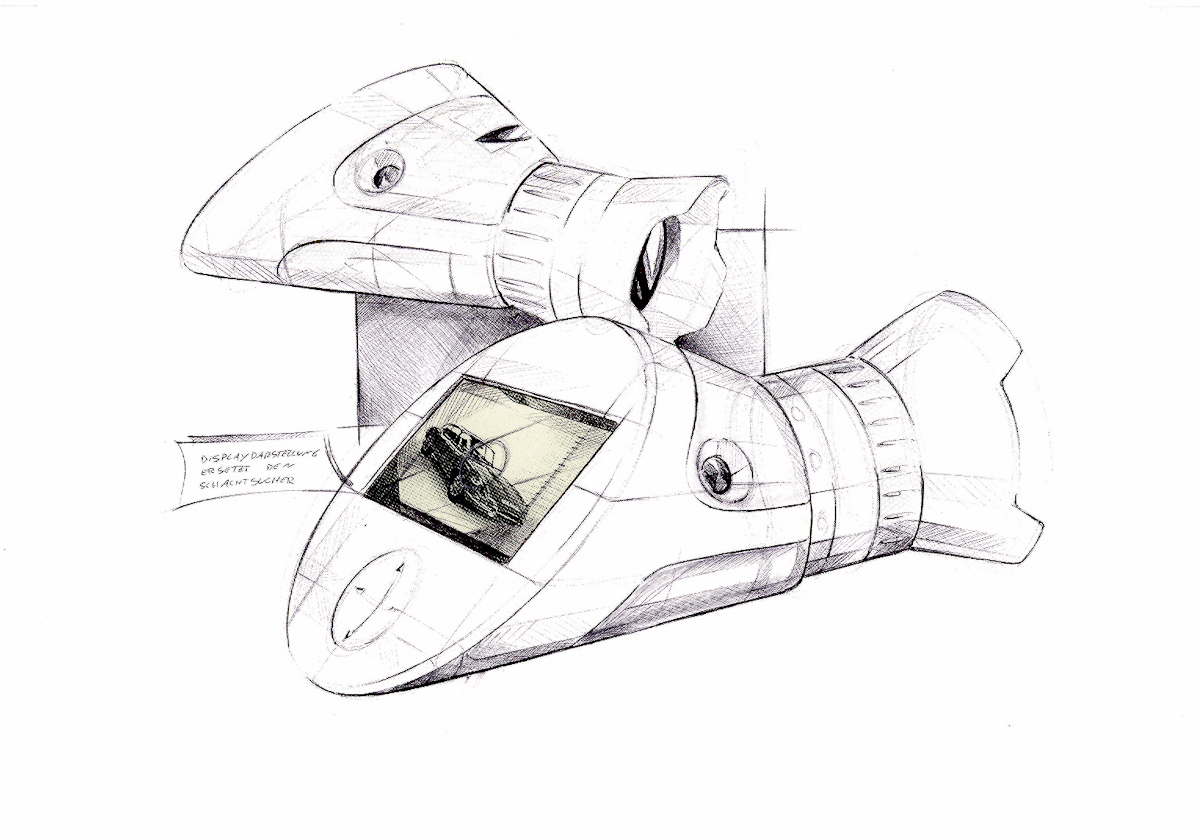 The third sketch shows a detachable lens/sensor & control unit. At photo studios I observed that photographers spent as much time infront of the camera as they spent behind it. They would constantly move back and forth to change the scene and then to look through the lens to see how the camera sees it. I thought that being able to observe the image while setting it up would greatly improve a studio photographer’s live. Now, fifteen years later we got closer to that with Liveview and external monitors, but fully wireless lens/screen combos are still concepts. Have a look at the concept camera video by Artefact Group on my blog. 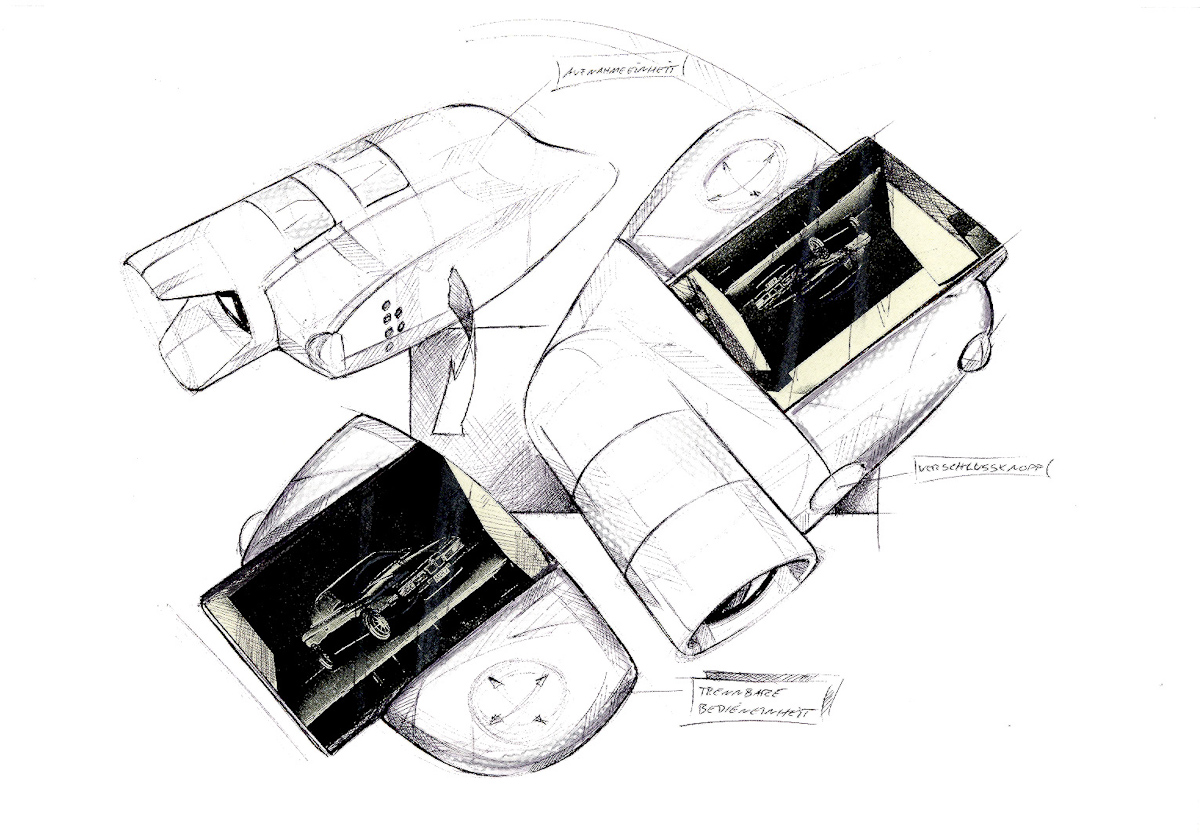 The last one is a concept for a digital studio camera. I thought that being able to move the sensor’s axis within the camera would enable large-format camera movements in an enclosed body. Theoretically you could do this in post processing, but moving the sensor would allow you to adjust images without quality loss. 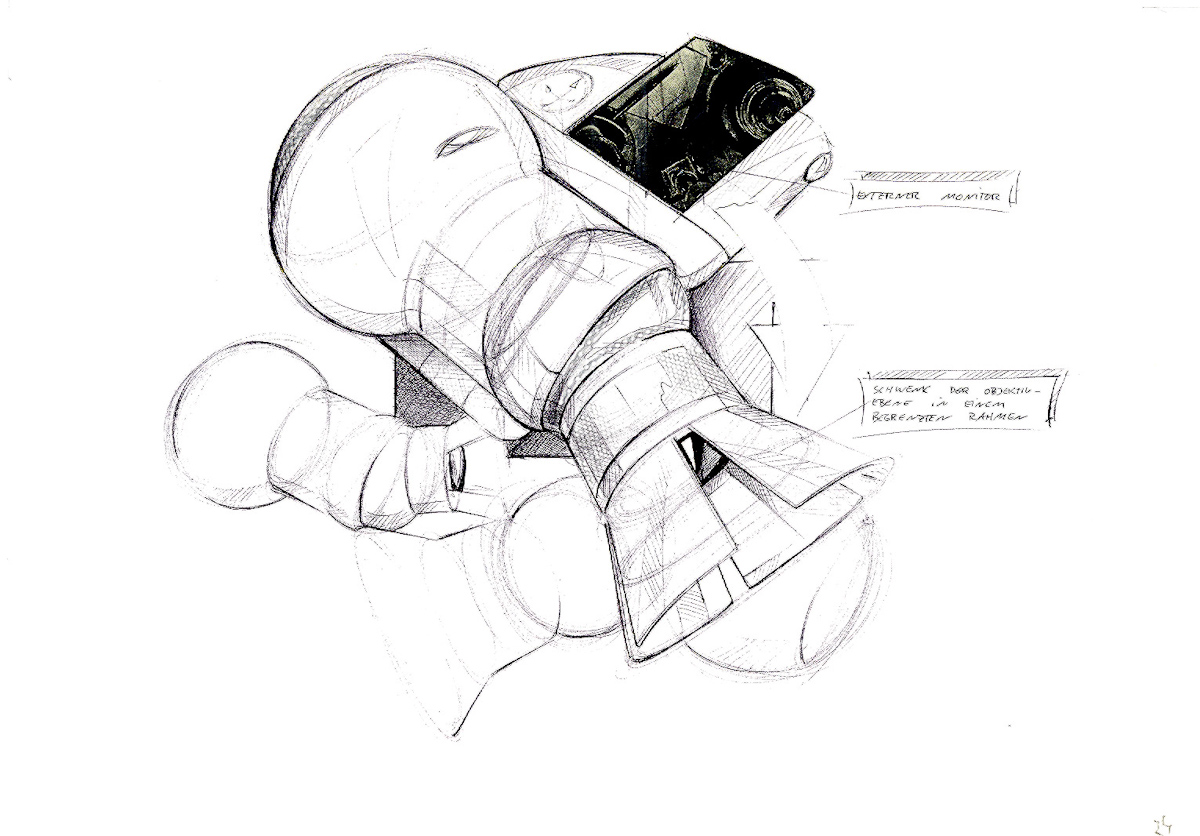 It took a few more years after I made these sketches that I bought and experienced my first digital camera. That was in 1998. It was a 0.8 Megapixel Olympus D-500L. State of the art, $700, and super slow. In the beginning designs tried to be different, new, exciting. Anybody remembers the Polaroid PDC 3000? (I wish that company would have sticked to digital instead of giving it up to protect their film revenue)

Now in 2011 cameras look very similar to cameras from the early 90ies. The technology inside is as advanced as I could only hope for. The form factors are surprisingly conservative. With many of the modern Canons, Nikons, Leicas, etc you almost want to check where to load the film.

It is fun to look at these old sketches again. Everything around digital photography was new, finding its way. Curious to see where it will take us in the next fifteen years. Stay tuned.