This morning I sat down with a cup of tea and started cleaning up my hard drive. I have to admit that it is a total mess. Everything that I created before I got introduced to Lightroom, exists in multiple formats and in multiple folders. The nice thing is that I always find photos that I had not seen in a long time. This is one of these photos that had a big impact on me. 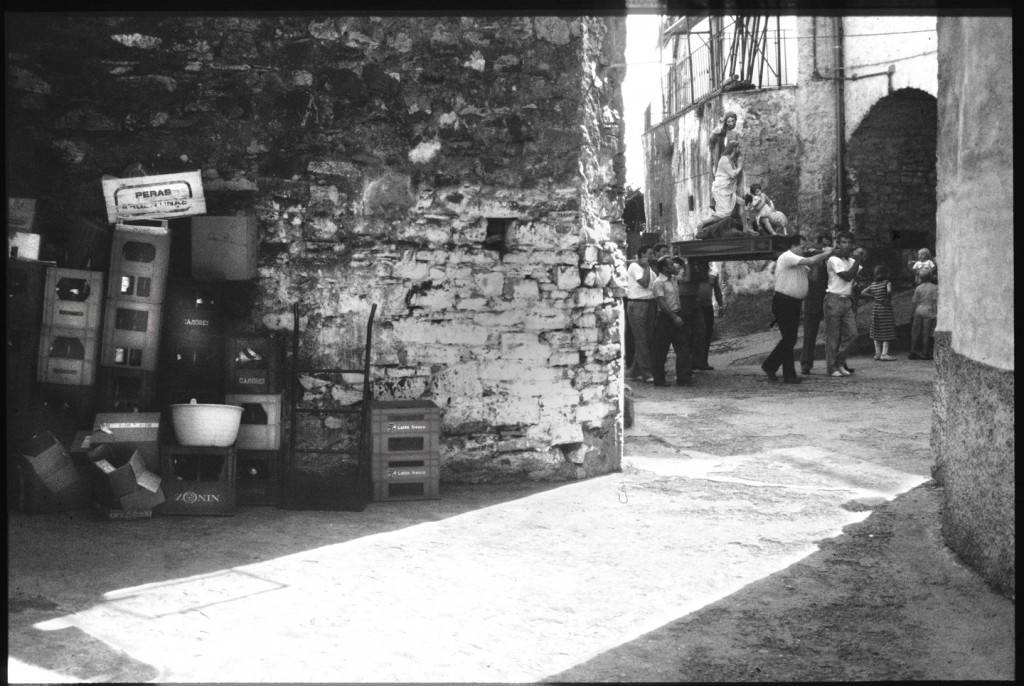 I took it when I was seventeen years old in the small village called Costarainera, Italy. It is located in the hills between Geneva and Monaco. One day they celebrated a religious ceremony. I remember that I used a Canon AE1 Program loaded with a color slide film. In one of the streets the villagers had stored some of their supplies. There I had a nice contrast between the pile of stuff and the passing crowd. I positioned myself and waited for the madonna to pass by. I caught the moment that I wanted to catch and I was really looking forward to getting the film developed. That was far before digital. Weeks later I looked at the result and was disappointed. I had underexposed the image. The pile of supplies was too dark and the highlights on the ground were still blown out. The slide film had not the dynamic range to deal with the contrast of that scene. Frustration was high. From that moment onwards I always thought about this photo when I had to deal with high contrast scenes. I started to measure the dark areas and the highlights and I would calculate the right exposure based on the dynamic range of the film. Even today I favor to use manual exposure control for most of my photos.

Years later I scanned the slide and pushed and pulled some areas to an acceptable level and converted it to black&white. I can live with that.